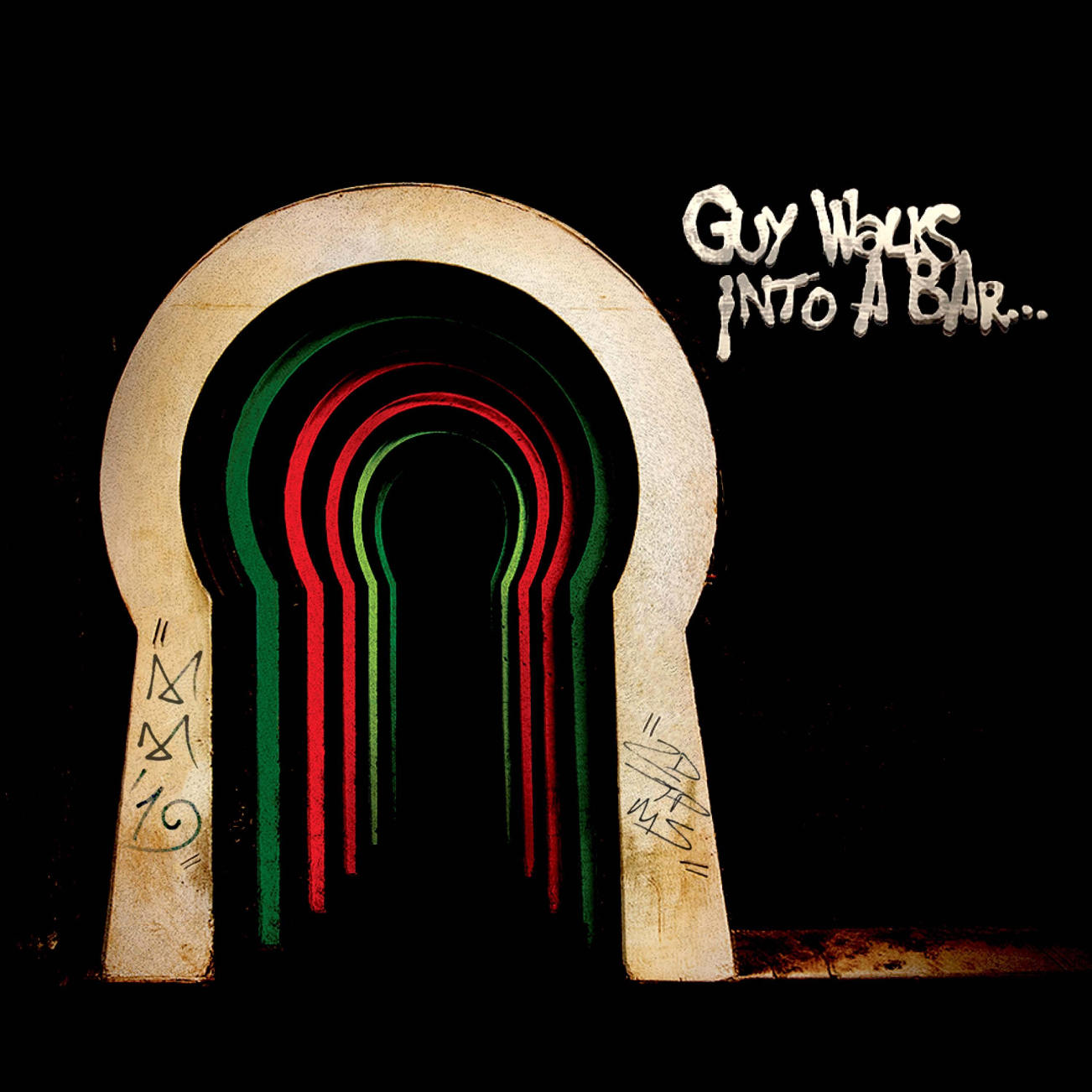 Mini Mansions thinks you should be dancing, and they will gladly supply the music on their latest release, Guy Walks into a Bar…. No strangers to playing with sounds from all sorts of styles and musical eras, this new album does not shy away from exploring the far limits of what a three-piece band can do. Often described by me as the lovechild between The Killers and AM-era Arctic Monkeys, they have a sound that really can’t miss with all kinds of fans. If you were lucky enough to catch them on one of their tour dates so far, then you have probably heard some of the absolute jams that are on this latest offering.

Busy with their other bands, Michael Shuman from Queens of the Stone Age and Zach Dawes of The Last Shadow Puppets, it is no wonder that they only manage one record every four years. Mini Mansions nevertheless remains to be the trio’s priority, and you can tell. Working around their prior engagements, each album so far has managed to deliver some top-notch material; proving the group to be even more than the sum of their already impressive parts.

From the singles they shared before the album’s release, we can hear the range of sounds Guy Walks into a Bar… (order/stream the new tunes here) will have. “I’m in Love,” the album’s first single is an upbeat and not too serious bop that wastes no time shows off Shuman’s state of romance at the time of writing. Opening with the line “I think I might be having a heart attack. I get the feeling that I’ll never come back. I’m in love,” gave us a hint as to what they will have in store for this newest LP. Upon the release of the second single, however, it seems that we may have spoken too soon. “Hey Lover” shares that things are not as perfect as they seemed. A ballad depicting the crumbling of a relationship, it begs the question: what happened between these two singles? The answer comes with the final two singles to be released. “Bad Things (That Make You Feel Good)” and “GummyBear” fill in the gaps of the relationship, both good and bad. Upon hearing the rest of the album, the story falls into place. Unlike previous Mini Mansions releases, Guy Walks into a Bar… offers something more cohesive than they have brought to the table before.

The, um, rather humorous music video for “I’m in Love:”

While every song on Guy Walks into a Bar… could have been a single, and not been out of place, the album itself is more than a collection of fun jams. Musically, the mix of synth, rock guitar and drums, and an Alex Turner-esque drawl make for front-to-back hits that will appease any indie fan. Lyrically, however, it tells the story of a recent romantic relationship of Shuman’s, written in real-time as the romance began, flourished and, ultimately, ended. The narrative progresses from reckless antics to the serious trappings of starting to care for a person you’ve connected with, falling in love, then swiftly and dramatically falling out of it. Over eleven songs, the story changes in mood, setting, and attitude toward love. Its story you have heard, seen, and read all before; but rarely told across an entire album with such a wide range of absolute bangers.

The opening track “Should Be Dancing,” doesn’t exactly start in a way that you expect from a song of that title. A synthesized industrial chugging and Shuman’s monotonous vocals hesitantly welcome you to Guy Walks into a Bar… without any real indication of what is to come over the next eleven tracks. Just when you get a grip of what this song may be, they really hit you with it nearly a minute in. And believe me when I tell you, you should be dancing.

What follows is the story of meeting, falling in love, making plans for the future, watching helplessly as reality fucks up those plans, and the crumbling of a relationship until the dust settles in the closing track “Tears in Her Eyes.” Musically more optimistic than the penultimate “Hey Lover,” the song wraps up the album in a dishevelled little bow. For Shuman, things are over for good, but not necessarily for bad. The end of a relationship does not signify the end of love forever, just this love in particular.

As they did on their previous full-length release, The Great Pretenders, Shuman’s vocals are occasionally accompanied by some well-known names throughout Guy Walks into a Bar…. Most notably, Z Berg of The Like who provides the punchy backing vocals on the track “Forgot Your Name.” More prominently, the powerful vocals of The Kills’ Allison Mosshart plays the role of Shuman’s aforementioned romance in “Hey Lover,” a call and response ballad that starts to bring the album to a close.

Here’s Shuman teaming up with Alison Mosshart with the music video for “Hey Lover:”

Overall, Guy Walks into a Bar… showcases some of the band’s best writing, musically and lyrically. Enjoyable as a solid indie rock album or as a full story of love and reality, there are many features that make this the richest and most beguiling Mini Mansions album yet. Produced by Shuman and long-time collaborator Cian Riordan, the recording has a sound that is so distinctly Mini Mansions. Spanning such a spectrum of music styles, this will certainly keep Mini Mansion fans happy for the next few years until they can make it back into the studio. Also, while they have gained traction in Britain, this album will hopefully bring in new American audiences that the band deserves but has yet to get a hold of.

So, what happens when a ‘Guy Walks into a Bar?’ Well, a lot, but you’ll just have to listen for yourself.

Just oozing with effort, here’s the music video for “Bad Things (That Make You Feel Good):”