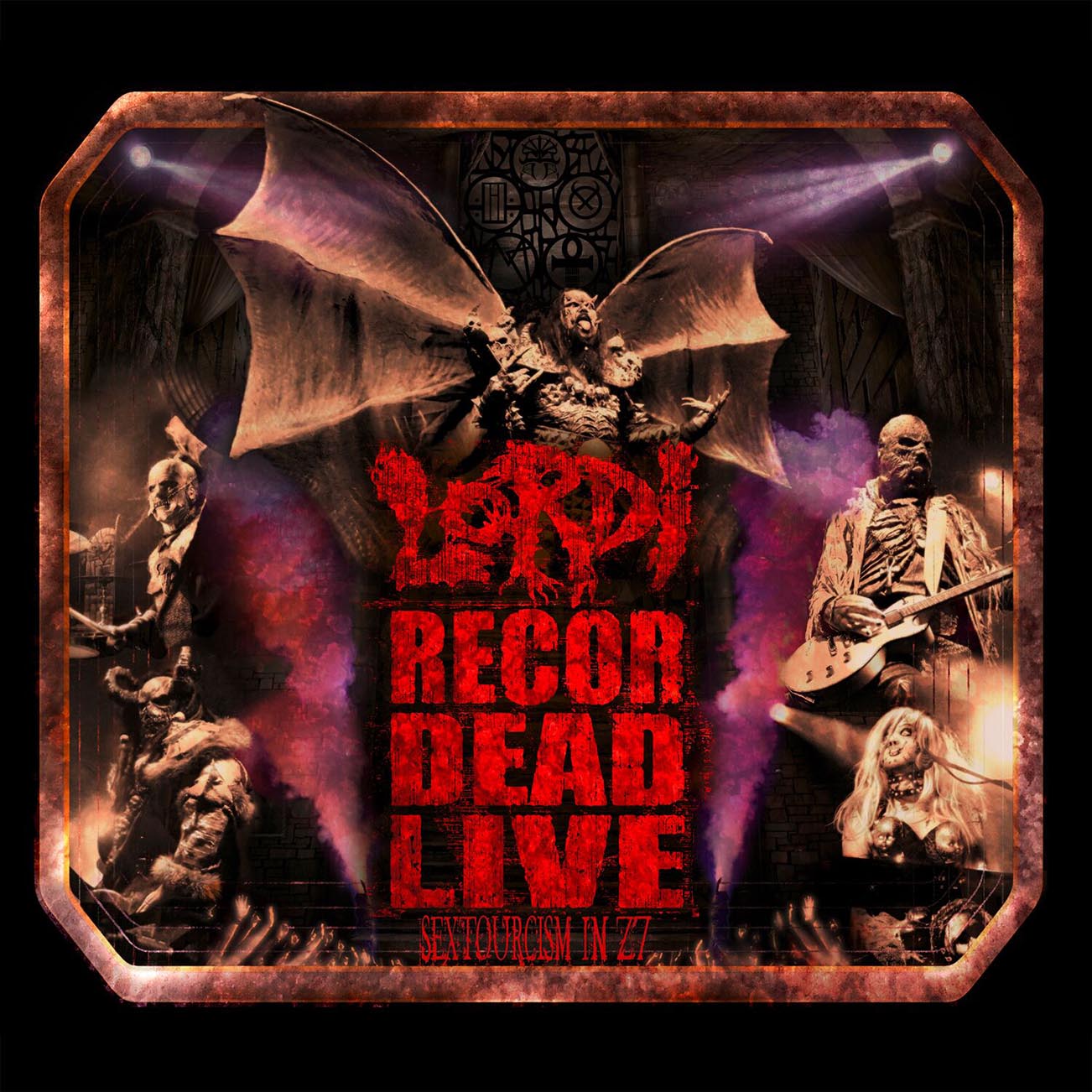 Lordi is always going to be a band that rock fans will either love or hate. Luckily, I happen to love them, but I appreciate that they are not for everybody. Having released nine full-lengths, and currently working on their tenth, the group has been around for over twenty-five years but have barely released any live records, unlike their defining influence, and live-album pushers, KISS.

After many years of waiting, diehard Lordi fans have finally got their wishes with Recordead Live – Sextourism In Z7 (pre-order here). Recorded in one of their mainstay venues (the Z7 in Switzerland), Recordead is the heralded arrival of Lordi live. With a set list full of fan favourites such as “Missing Miss Charlene,” “Evilyn,” the rare “Mr Killjoy,” and the equally rare “Slashion Model Girls,” the band have made sure there is a wide range of material from their current album, as well as the past eight. Borrowing heavily from a mix of the most recent release, Sexorcism (see our review here), and 2006’s popular The Arockalypse, Lordi have made sure old and new fans alike are catered to.

These Finnish monsters have worked hard for eight months since the tunes were recorded, and, for the most part, the sonics are nicely presented, with only Mr. Lordi’s ramblings cut out due to time constraints. However, if you want a studio-perfect album then look elsewhere within their impressive catalogue. This CD/DVD has all of the live Lordi nuances including interactions with the braying audience, the occasional missed note or lyric from guitarist Amen or vocalist Mr. Lordi respectively, and all of the atmosphere and crazy visual effects the band creates from scratch.

It’s hard to pick out the tracks that really pop out for the listener, but “It Snows in Hell” and “Blood Red Sandman” are definitely up there as age-old classics that continue to deliver in a live environment. On the flipside, “Rock the Hell Outta You” and “The Riff” are not well-captured in this instance, but the now-classic “Slashion Model Girls” is as good as it gets, with the audience feeding on the song’s focused energies.

Unfortunately, Lordi have chosen To Beast or Not to Beast favourite “The Riff” as the lead single for this new live album, which does little justice to the spectacle of seeing this classic group live in the flesh. The vocals are a little garbled, the instrumentation drowned and devoid of energy, and the overall impact is just flat and lifeless.

However, the reality is that diehard fans will love this release and should check it out to relive memories of past shows, or amp up some enthusiasm to see them for the first time. But, if one is looking for an introduction to Lordi, then look elsewhere; this is not the record for that. Try The Arockalypse or 2015’s Scare Force One for sublime studio tastes, and 2007’s Bringing Back the Balls to Stockholm (if it can be located) for a truly great live album. Better yet on that front, just see them in person for the fully immersive experience.