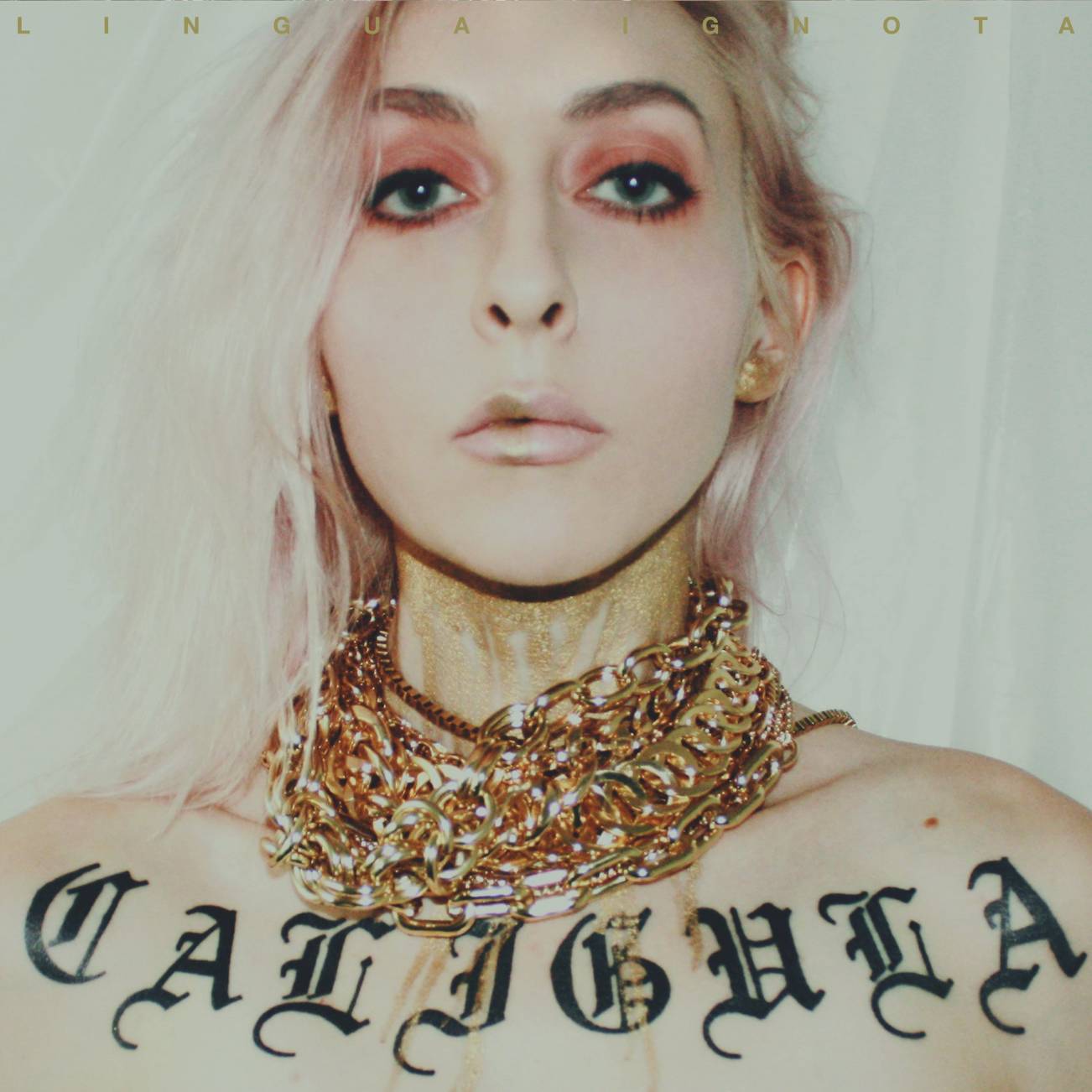 Kristin Hayter is mad as hell and she’s not going to take it anymore.

Unlike the mouthpiece of that infamous quote, Hayter (Lingua Ignota) isn’t in the business of diluting or commodifying her rage in order to snag a quick buck. Her new album is dicier, more fraught and acerbic than her previous EP, All Bitches Must Die. She takes more sonic chances too. Whereas many of her counterparts have been swift to fall back on walls of walloping distortion to get their point across, Hayter enlists a spectrum as broad as her own vocal range to paint images of horror and hate. On CALIGULA she veers from sparse droplets of sound that crinkle in haunted space to unsurmountable monolithic slabs of sheer sonic force. Rarely can we predict where she is leading us.

We also get some hefty guest spots from frequent collaborators including Noraa Kaplan (Visibilities), Dylan Walker (Full of Hell), Mike Berdan (Uniform), and Lee Buford (The Body). This all combines to create an unsettling maelstrom that fluctuates from tenderly anointing its listeners to savagely shredding apart these constructed soundscapes. This isn’t just a shift between passages of loud and quiet via a humdrum click of effects pedals, instead Lingua Ignota catapults us from ear-straining minimalism into the spectacular violence of a blazing supernova. When Hayter unleashes, fuck me, she is fury personified. She can tear skin from bone, scorch through landscapes like a forest fire, and pluck out still beating hearts. All in one cathartic, snarling exhalation.

A full-blooded banshee shriek threatening violence upon those who dare stand in her way signals the start of “Butcher Of The World.” On this album it seems that Hayter is channelling, if not embodying, the Roman emperor of the album title. A squall rises through which cut the words “I am the death dealer”. Fuming chords of import ring out, reinforcing this claim. Like Caligula, Hayter smells blood after being horribly wronged. She no longer wants the tag of survivor. She dares them to cross her again. Just see what happens.

Before the razor-sharp cleaver wielded by the “Butcher Of The World:”

It seems like an excellent and overdue turn in tides is happening in harsh, experimental music. The likes of Lingua Ignota, Viviankrist, Pharmakon, Gazelle Twin, Lana Del Rabies, Anji Cheung and a plethora of other female-identifying artists are now leading the way. Part of the reason for this is that Hayter, for example, isn’t afraid to dredge through her past for her music. She doesn’t avoid subjects of trauma, abuse, or suffering. In fact, she willingly raises rusted shipwrecks of relationships up from a turbulent seabed. If Hayter doesn’t find deliverance in her art, she should be assured by the power of her work to gift vicarious empathy and, hence, hope to her lucky listeners. By exposing her hurt, she reassures others who have similarly suffered. Not that she deals in twee platitudes, of course. She screams of self protection, of preservation. She’s sick of being the victim and insists on a proactive approach to blinding red flags. “How do I break you before you break me?”

“If The Poison Won’t Take You, My Dogs Will” is a set of deep rumbles and scattered metal disturbances. Crashing percussion. The whole album is rife with shifts from maximalist peaks to gentle, simmering troughs. It’s an exercise in magnificent dynamics. “If you lay your life down no man can take it, abandon your body so no man can break it.” This track embodies the ideas churning at the core of this record. It proposes hope and solace through separation and then manifests that schism into tumultuous noise. Utilising rhythmic blasts and chants clawed from abused throats. “I’ll only say this once: life is cruel and time heals nothing and everyone will leave you… but not me… Will you join me?” She is you. She is me. She is us. She offers herself as a leader in this brutal fight, where the battleground seems to have been forcefully set as the minds and bodies of women.

And she is also Mother Nature. She intones on “Do You Doubt Me Traitor” that “Every stone on every mountain is etched with my name.” Her voice waivers. Holds. Forces its way on. “I don’t eat I don’t sleep.” Hayter’s singing magnificently sums up her emotional journey through each iteration of this restated line. It soars, breaks, thrashes for dear life. Her ability to fulfil an artistic vision so accurately is quite uncanny. 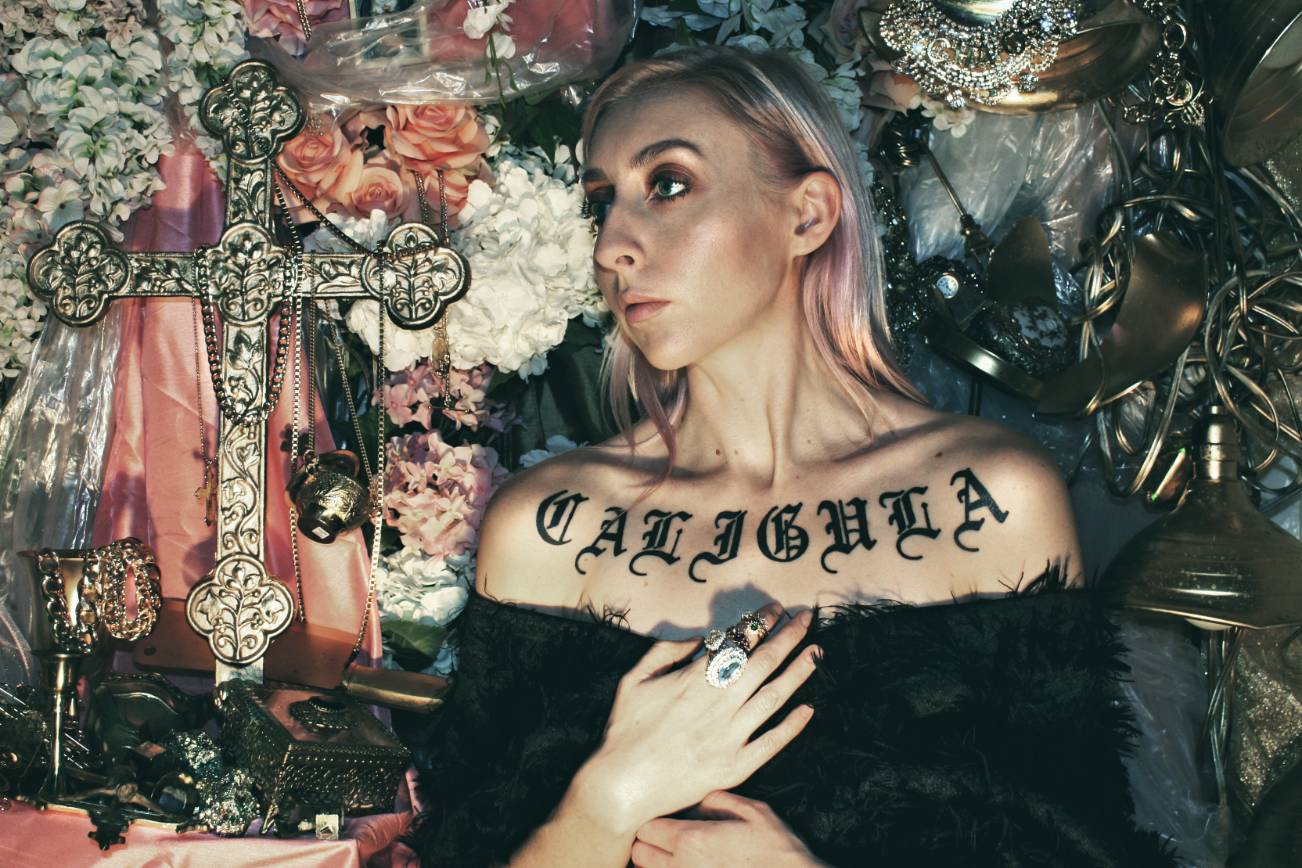 Some tracks hurtle into the anger, barely pausing for breath. Others, like “Spite Alone Holds Me Aloft,” manifest themselves gradually. A lumpen outpouring of weighty atrocities gradually hang upon the arched soul. Like a series of grabbing hands which, individually can be batted away as if they are merely incidental yet, under the weight of them all combined, they become impossible to defend against as they wrench you first one way, then the other. By the time this hits its crescendo, it sounds like black metal furnaces that have been slowed down to a maddening, malevolent crawl. Similarly, on “Days Of Tears And Mourning,” a chamber organ introduction gives way to an earth-flattening stomp of gargantuan proportions. It sounds like dragging the bourgeois from their comfortable beds, out into the streets, and then forcing their necks upon the waiting blocks of guillotines. Throughout this record her rage never feels impotent. It’s always expertly directed and teeming with the copper throb of vengeance.

Not everything is deadly serious either; A mocking refrain arrives upon it’s steed of tranquil, dancing keys on “May Failure Be Your Noose.” An abrasive distorted rumble reinforces the point. Howled guest vocals thread and weave around Hayter’s repeated phrase “Everything burns down around me.” And then we have “Fragrant Is My Many Flowered Crown” with vocals that swell and surge into a burbling drone that feels part human, part animal. A gurgle of swallowed blood. This is slower, quieter and yet with a still lurking sense of threat. Of peering dread. Like sheets of rage could slash the air at any moment. Bottles roll under foot. Throughout this, gang vocals support the notion of seeking assistance to help you through those dark times.

Surprisingly, Hayter lifts a technique from comedy to add further layers to CALIGULA. Call backs are littered throughout. “Sorrow Sorrow Sorrow” sees those rolled glass bottles from before reappear, smashed. The singing gurgles return too. As does the line “I’m the fucking death dealer, I’m the butcher of the world,” unsurprisingly on the song “Fucking Deathdealer.”

Lingua Ignota asks: “Do You Doubt Me Traitor”? We dare not say yes.

The pacing on the album is also exquisite. We hurtle through dense patches of carnage into gentle piano wends or a capella laments, before twisting again and letting fly with an anguished blast of latent hatred that burns out over sinking melancholic chords. By the time we reach the finale, it all inevitably descends into the swirling abyss that awaits us all, leaving me with one singular thought – This album is a fucking masterpiece. Pre-order from Profound Lore Records now.

01. FAITHFUL SERVANT FRIEND OF CHRIST
02. DO YOU DOUBT ME TRAITOR
03. BUTCHER OF THE WORLD
04. MAY FAILURE BE YOUR NOOSE
05. FRAGRANT IS MY MANY FLOWERED CROWN
06. IF THE POISON WON’T TAKE YOU MY DOGS WILL
07. DAY OF TEARS AND MOURNING
08. SORROW! SORROW! SORROW!
09. SPITE ALONE HOLDS ME ALOFT
10. FUCKING DEATHDEALER
11. I AM THE BEAST