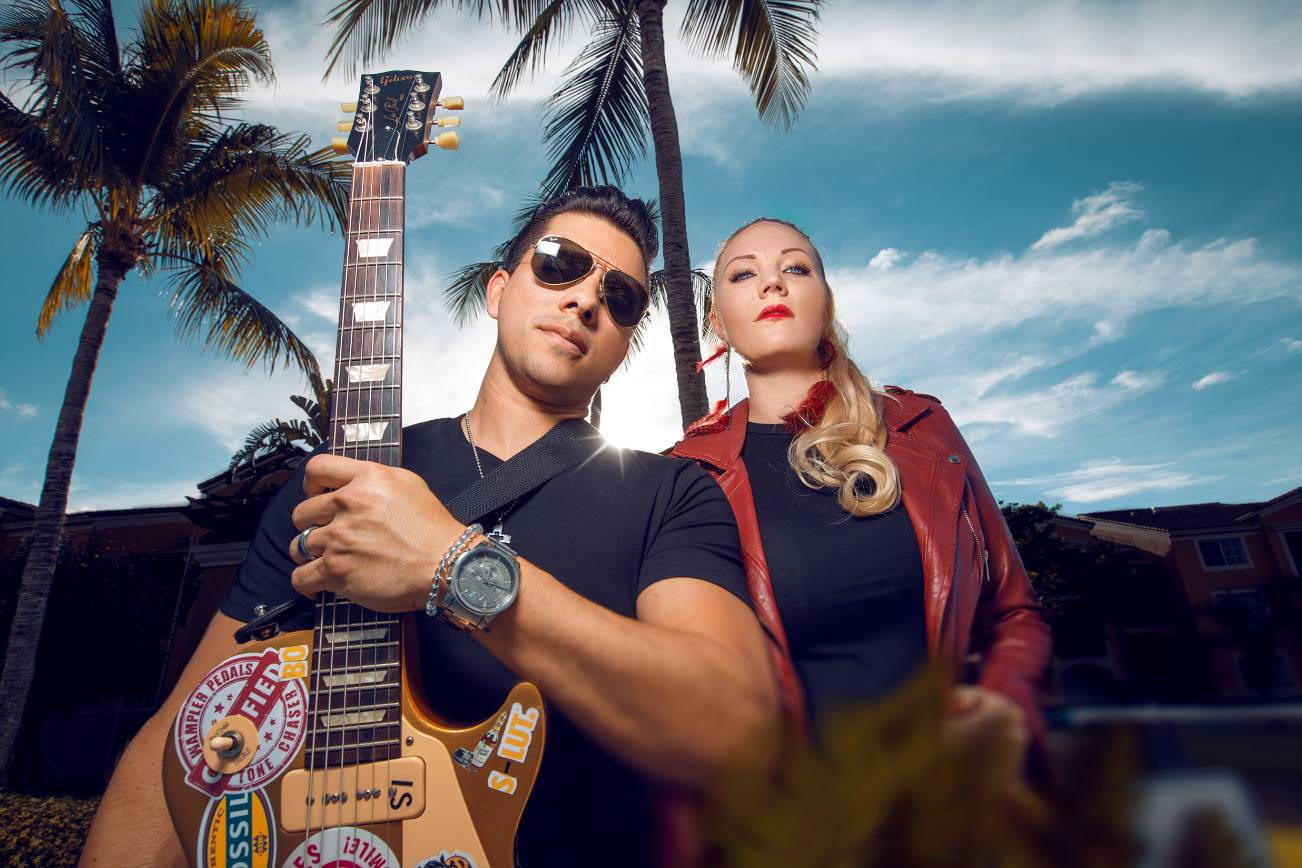 Let us introduce you to BlueAshes, a rock duo consisting of musicians Shila Mariposa Zuniga (originally from Denmark) and Alexis Zuniga (originally from Colombia) who, before meeting, each already boated high levels of success in their respective home countries. That said, one fateful night at an acoustic jam/concert in Weston Florida, the two would meet and from there was born BlueAshes, a band whose name is derived from Shila’s cat’s name (Ashes) being coupled with the fact that her blues eyes.

As a unit, BlueAshes currently have five singles to their name and, today, included in this guest blog we’re pleased to debut the twosome’s “Walking Solo” music video. A wonderful example of both Shila’s vocal prowess and Alexis’ penchant for hard-rocking guitar riffs, “Walking Solo” sees BlueAshes continue to create captivating content, more of which will surface on the road to the band’s upcoming new album. Until that time, head below to check out the video and hit up the likes of iTunes, Amazon or Spotify for more BlueAshes tunes including their debut EP, Walking Solo, which dropped in April.

Friends, time for y’all to check out the “Walking Solo” video premiere:

– We went to Denmark to shoot the video for “Walking Solo.” We took all our equipment and flew there, chose two locations (Kirke Såby and Herstedhøje) and shot the video in 2 days. Amazing weather but a lot of effort to get to the locations with equipment walking through the forest (giant mosquitos and lot of mud) and going up on a hill, not easy with the equipment, even with our 3 assistants, Christian Wandel, Christina Gullmai and Lola Sjølander. We wanted to show a little bit of Danish landscape during the summer. The drone we used with Christian gave some really good aerial perspectives. We were very happy with the result!

Their most popular video to date is for the song “Fire of Madness,” check out here:

How the Couple Met:

While I was out with friends in Miami, FL one Saturday night, I saw a band performing at the Prime Cigar Club. After the show, I walked up to speak with the female singer. (I was retired from music at that time but had some intentions of returning…) So the following Monday, I looked through the singer’s friends on Facebook and saw a not too clear picture of the guitar player. Thinking he might be a good person to create music with, I sent him a friend request. Turns out that I friended the wrong guitar player! And that’s how Alexis came into the picture…

On the other side, Alexis was performing that same Saturday night, but at Brimstone in Pembroke Pines, FL. During the show, a tall blonde came to the stage, took a picture of Alexis and showed it to him. After his set, Alexis looked for the girl to get the photo from her, but she was gone. The following Monday morning, he got a Facebook request from a blonde woman…but it wasn’t the girl who took the picture, it was me! Thinking it was the same girl at Brimstone, Alexis accepted. And we start talking about music and possible future projects together, each of us thinking the other was the person we met before. After a long conversation, we realized we were mistaken. Alexis said: “I’m not the guitar player you saw that night, but I’m open to do music if you want.” And I said, “Yes let’s do it! Everything happens for a reason.”

That was two years ago! Alexis and I are now married with an 8 month baby girl, and we are so happy to introduce our new music project: BlueAshes.

View the artwork for the single here: 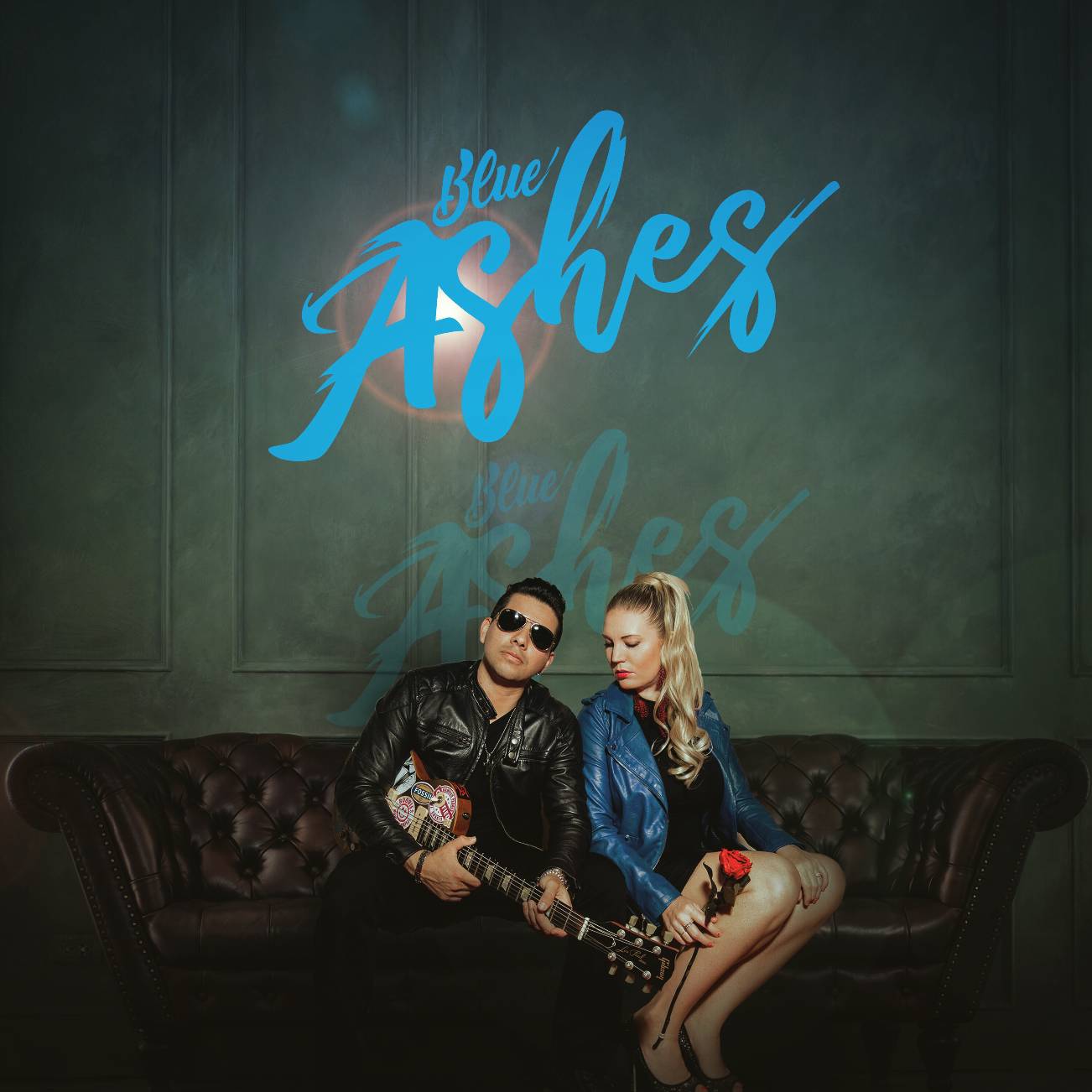