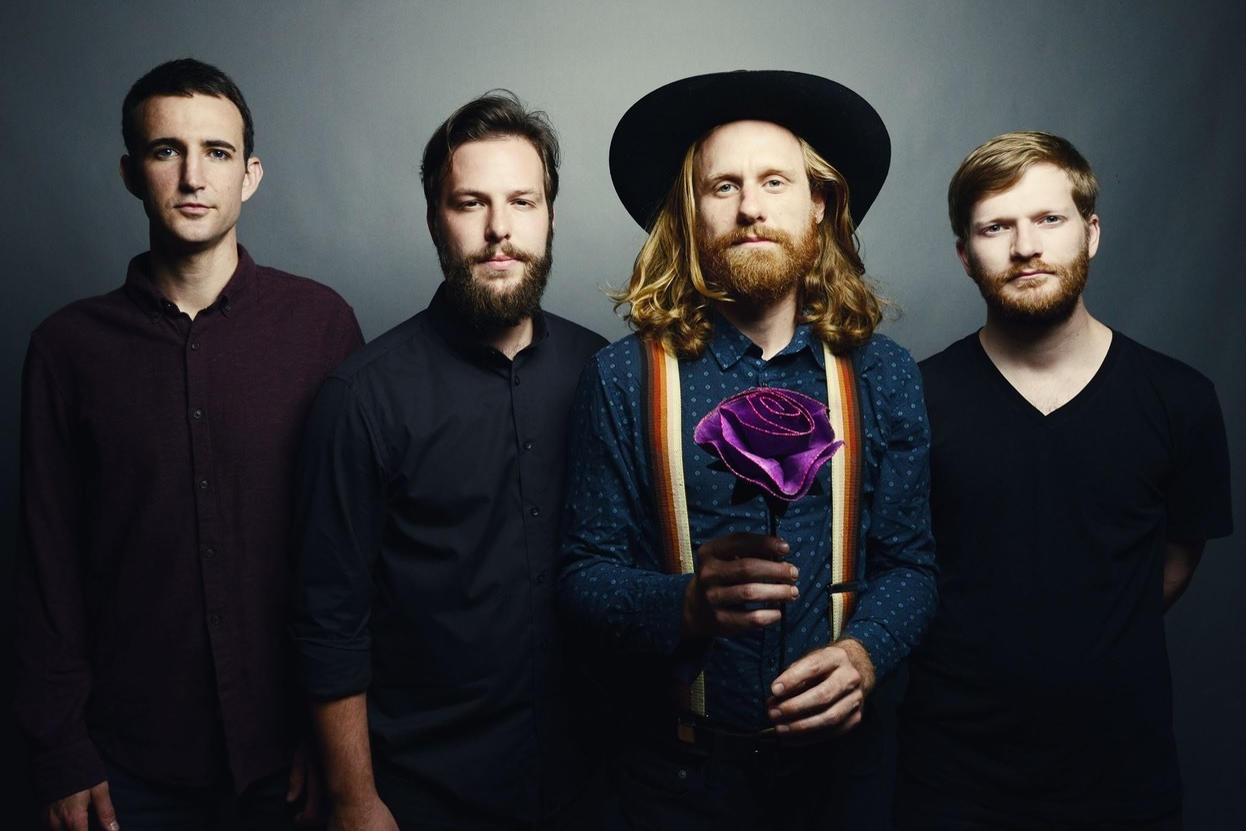 Alt-rock, psychedelic pop group Futurist are getting set to release their new album Omens and, to help build the hype, we’re premiering the band’s new live, studio performance video for “Olive Mountain.” This is the first single to come from the sophomore LP, recorded in late 2018 in the foursome’s basement rehearsal space in the Lower East Side, New York City. The song can be saved/purchased now, via both Spotify and Apple Music.

The title “Olive Mountain” is a play on the ‘Mount of Olives,’ a biblical phrase common in the New Testament and the place where Jesus stood the night he was betrayed. Overcome by the horror of the crucifixion he was about to experience, his sweat fell like “drops of blood” and he prayed to God for strength. The band felt this served as a good metaphor for what the lyrics in “Olive Mountain” are about.

Futurist debuted in 2011 with their first record War Is Yesterday which was released through a multimedia, interactive art installation, and interdisciplinary album release event. To create a truly original and groundbreaking release event, Futurist teamed up with some of the most innovative and bright young artists within New York City to help create a walk-through album and interdisciplinary live performance of War Is Yesterday.

The band is not just your average rock n’ roll ensemble, as they are always looking for the most groundbreaking method of connecting their music with their audience. If you’re a fan of Flaming Lips, Pink Floyd, Arctic Monkeys, Radiohead and My Morning Jacket then you’ll likely be adding Futurist to your list of favourites. Their songwriting and instrumentation is filled with elements of folklore and psychedelia culture so if you’re into originality and hearing something unlike anything else out there, then you’ll likely find something to chew on with Futurist.

“Blacksheep Army” is featured on the special deluxe 2017 version of Futurist’s War Is Yesterday:

Futurist frontman Curtis Peel offers more specifics on the shooting of the “Olive Mountain” and the group’s upcoming video series:

“This is the first in a series of videos we will be releasing during the build-up to our album release in September entitled the CASH 4 GOLD SESSIONS. You see, our rehearsal space for the past five years or so has been in this dim, decrepit basement beneath a pawn shop, hence the name. The rehearsal space itself is actually really nice and enclosed within, built out by our friend and longtime collaborator Nicholas Rahn of the band All Boy/All Girl, but it’s accessed through these rusted iron doors on the street and the rainwater and other various liquids seep down into the basement. It is kind of grungy, with the added charm of exposed electric wiring and leaking carbon monoxide…probably.

Anyways, those guys eventually relocated to Philadelphia and we wanted to commemorate our time in this space as Joey (Campanella) and myself are also leaving NYC for our next chapter. We decided to film and record a series of videos of the band performing some of the tunes off of our new record to both promote the new music as well as create a time capsule of the space.”

Omens will be released on September 27th. Here is an early look at the cover artwork: 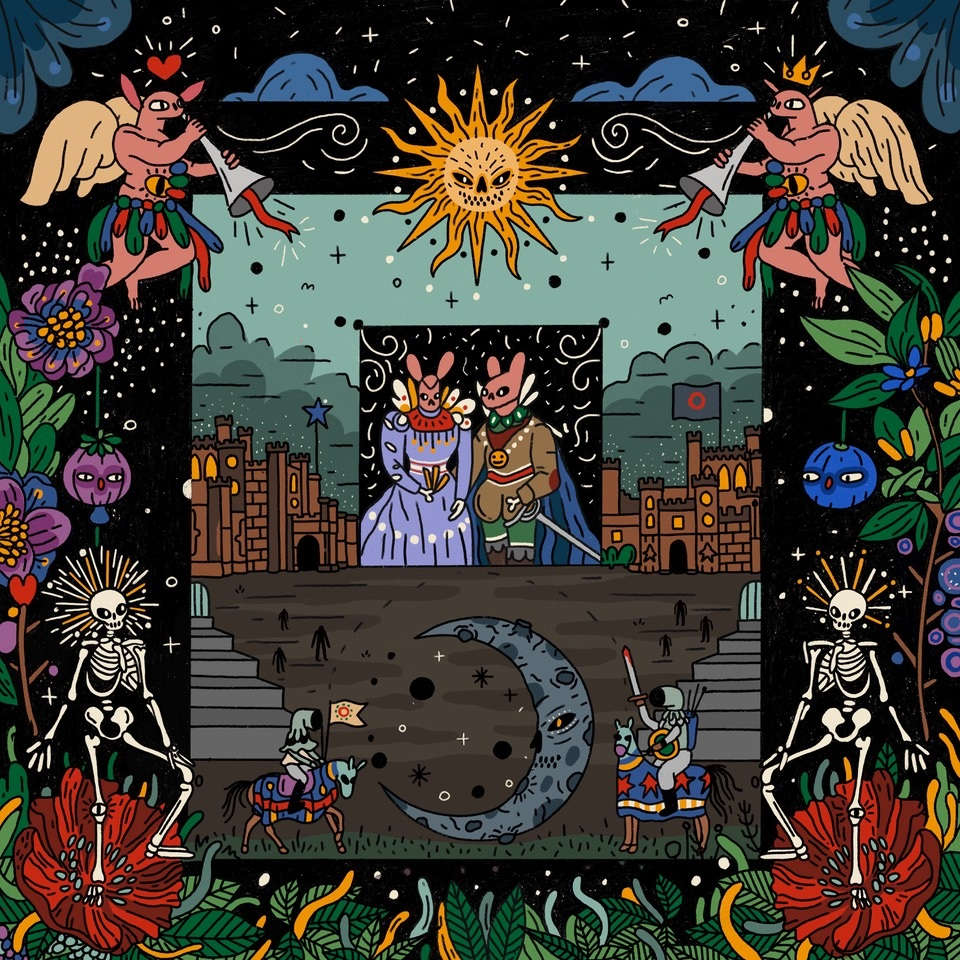