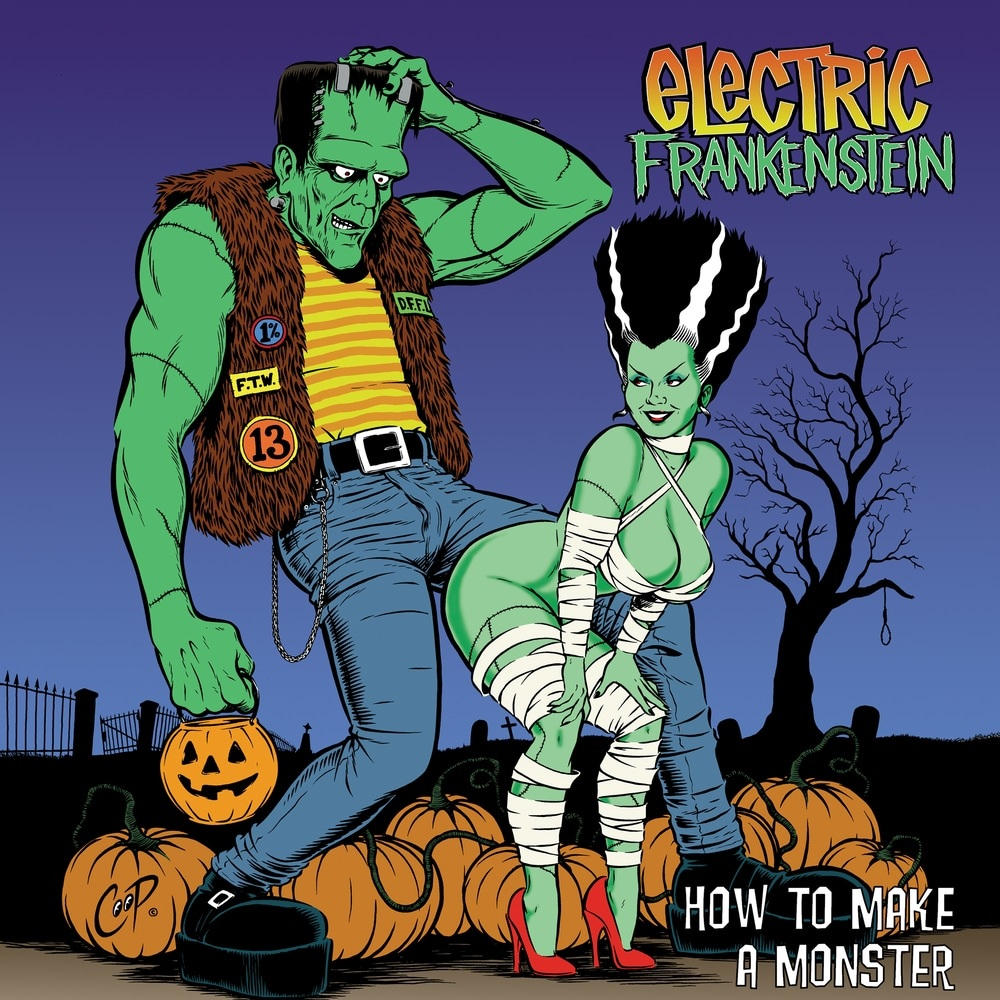 Before the garage rock revival in the early 2000s, bands like Turbonegro and Electric Frankenstein were the original hallmarks of the genre. While Turbo took a hiatus in the late ‘90s until their reawakening in the mid-2000s, Electric Frankenstein endured, pushing themselves through that period and releasing more and more material, either in music or book form. They were early adopters of the internet medium for promoting themselves, one of if not the first group to have their very own website, and a legion of fans from around the world. It’s a rare pedigree that we’re left with. The sheer amount of output from the band, including literally over 100 singles, and over thirteen books of posters, album art, and design artwork, is a testament to their tenacity and will.

So it is natural that the band have re-released one of their most well-known, and simultaneously underrated albums, 20 years after its original release. How To Make A Monster could very well have been released today and still make a massive impact. It’s a highlight reel of punk, garage rock, heavy metal, and hard rock, both hard-nosed and irreverent in its execution. But most importantly, it’s a pleasure to listen to.

You want rock n’ roll that reminds you of the old days? Well, you got it right here. You want punk rock that’s blistering even while it’s cruising mid-tempo? This is it. You want hard, heavy riffs? I think you can guess the answer. How To Make A Monster was a brilliant release that embodied everything rock was only ever trying to be. The best part is that never changed. It’s still just as brilliant as it was 20 years ago, a Prometheus of the best parts of various genres, stitched together seamlessly and sparked once more by the band’s creative force.

You can catch them in Europe on tour this summer, and then later this year in North America. Otherwise, you have an album that’s been criminally under appreciated to delve into in the meantime.

How To Make a Monster (20th Anniversary Edition) Track Listing:

“Cut From The Inside” is one of the more ass-kicking tracks on the album: