Baltimore, Maryland’s Stoneburner is one damn fiery electronic project that mixes industrial, darkwave, techno, and tribal fusion into music that’s both experimental and accessible. The solo project is the creation of the talented musician, artist, and writer Steven Archer, also of the electronic rock band Ego Likeness (Metropolis Records) and ::Hopeful Machines::, his abstract electronica project. Exploring the dark and malevolent side of life, as is often the case with his visual art, Stoneburner’s work is as aggressive and distorted as it is emotional and beautiful.

Speaking of Stoneburner, the project will release its eleven-track Technology Implies Belligerence full-length on July 12th and today we have the privilege of debuting the song and video for “Minor Monsters.” The new album, which we’ll discuss further below, can be pre-ordered on Bandcamp while the new single itself, according to Archer, “is based on a quote by Kafka. ‘Just a word, just a ‘please,’ just a stir in the air. Just a sign you are still alive and waiting.’ Which I developed into a narrative about a woman standing on the shore waiting for a man. Who eventually joins her and kills her for unknown reasons.”

A mouthful of title, an ear full of music. Listen to “So Much More Aware So Much Less Perceptive” here:

Heavier on the tribal and industrial sound, Technology Implies Belligerence is a departure from past Stoneburner outings. It’s louder, faster, and heavier, plus it sees Steven include vocals and lyrics, yet the album still retains the project’s core vibe. The album title is lifted from Peter Watts’ dark biological/psychological science fiction novel “Blindsight”—specifically “The Structure Itself is in Pain” and “Theseus Abandoned,” the latter of which includes a monologue by Watts recorded specifically for this album.

01. Apocalypse Ennui
02. The Structure Itself is in Pain
03. World of Mirrors
04. Dry Gun
05. So Much More Aware So Much Less Perceptive
06. One By One We Glitter And Disappear
07. The Angel of Abscess
08. Identity by Diagnosis
09. Minor Monsters
10. Everything Tears Away at Everything Else Forever
11. Theseus Abandoned

Technology Implies Belligerence drops on July 12th and this is the album’s cover art: 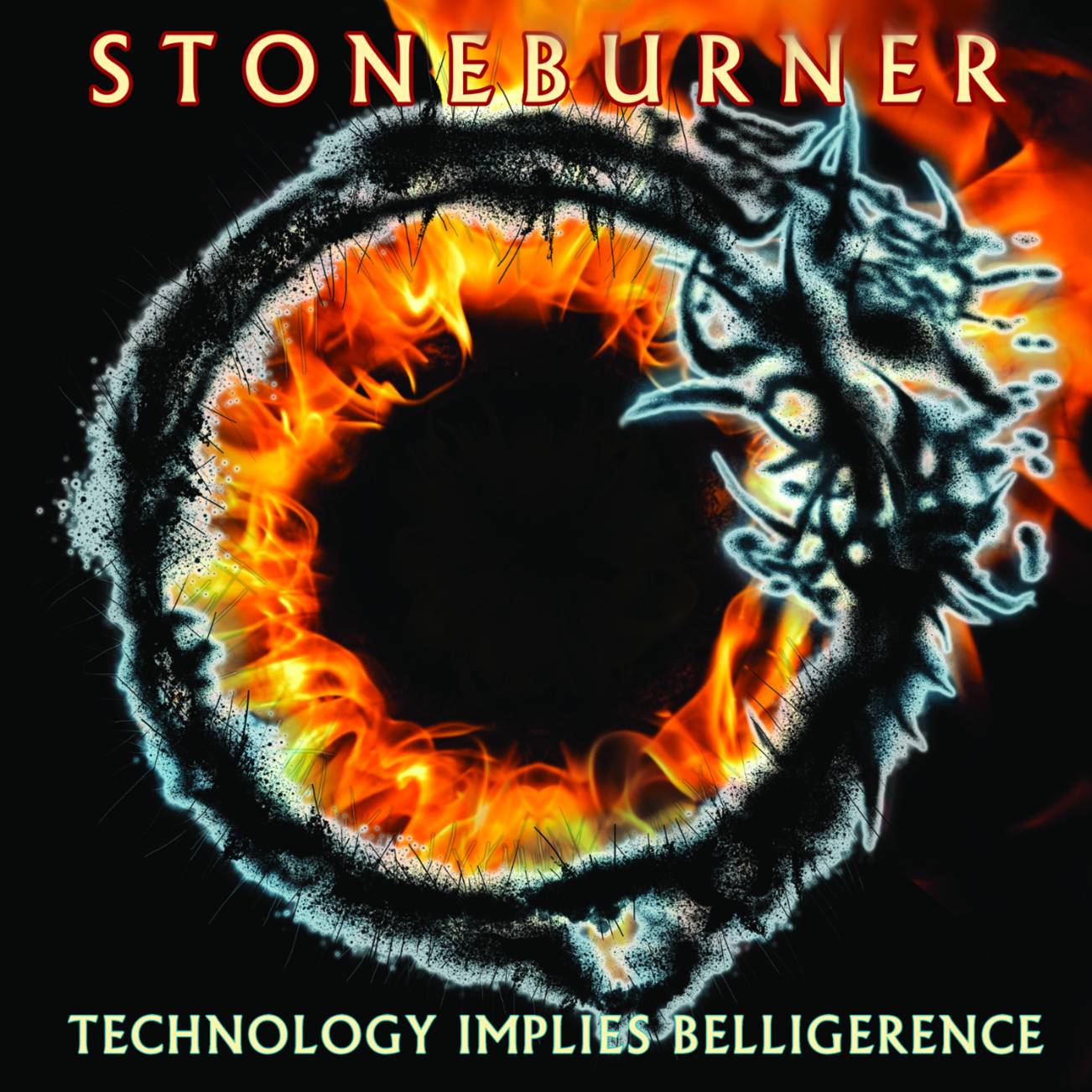