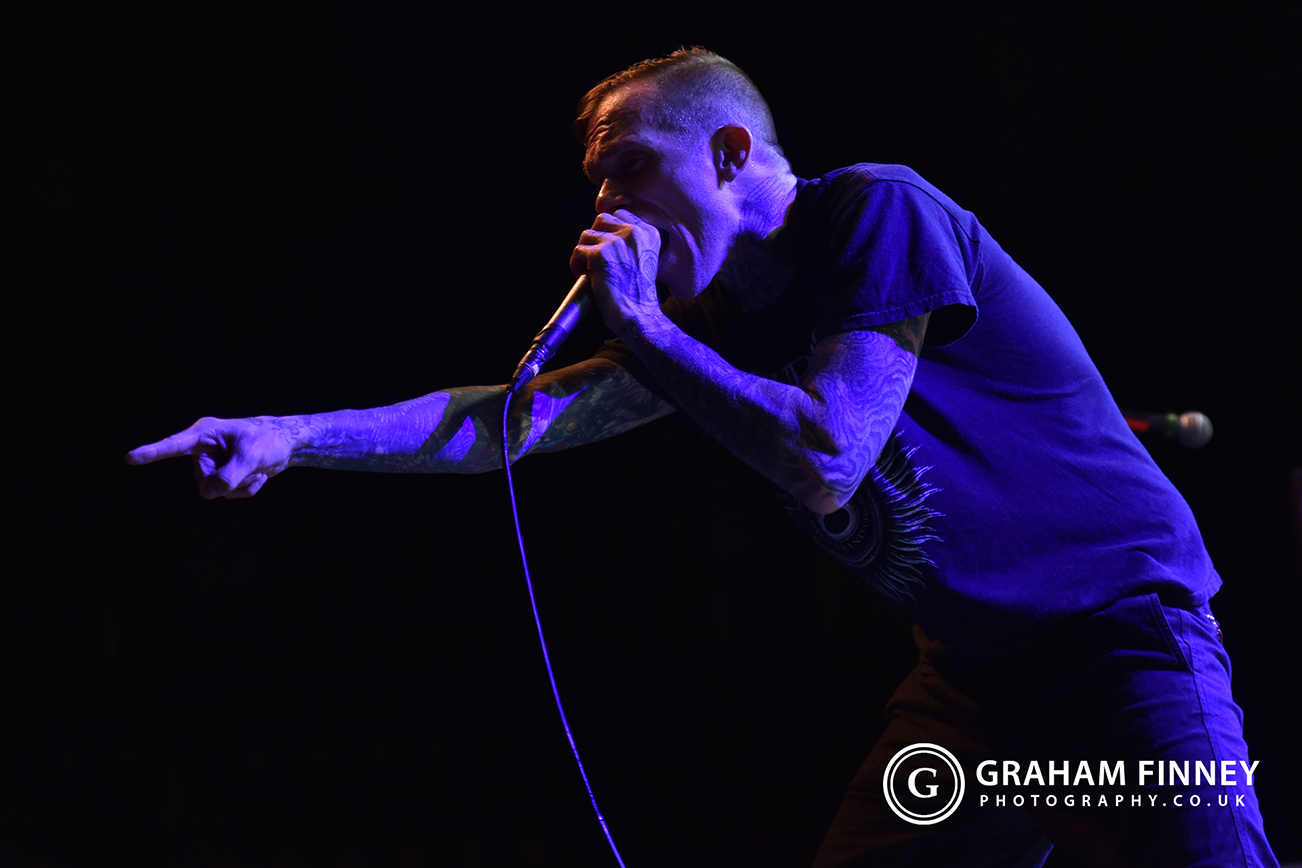 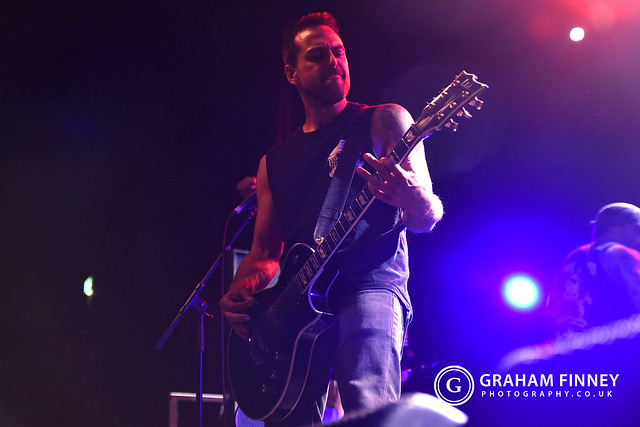 Arriving at the O2 Ritz, the walls are literally shaking as opening act Fange are bringing their set to a brutal conclusion. Their onslaught sets the tone for the rest of the evening and leaves one security guard shaking his head as he mutters the words, “I just don’t get it.”

Next up are Sect, something of a hardcore super group with their line-up featuring members of Earth Crisis and Cursed, and rounded off by drummer Andrew Hurley who spends his days with pop-punk superstars Fall Out Boy. Their set is equally as hellish as Fange and while their material borders on chaotic at times, the precise work by Hurley holds it all together nice and tightly.

Things are about to get messy in the pit as hardcore stalwarts Terror bound out from the wings and into their set. Bodies crash into each other as frontman Scott Vogel calls out from the barrier with tracks like “Spit My Rage” and “Keepers of the Faith,” pummeling those bodies in the pit. It’s route one stuff from the band with no let up from the off and, while this kind of hardcore can become tiresome to those less versed in this genre, for Terror’s err… hardcore following, the band delivered exactly what was expected of them.

As for the headliners, the mighty Converge, they simply tore the O2 Ritz apart as they barrelled through their set. Jagged, white-hot blasts of hardcore are the order of the day and, when the individual components of Kurt Ballou, Nate Newton and Ben Koller combine, the end result literally takes your skin off. Fronting it all is Jacob Bannon whose tortured screams and howls rattle around the venue as the band lurch through the likes of “A Single Tear” and “Sadness Comes Home” with breathtaking ferocity.

Devastating from the outset, Converge are a band who many believe stand head and shoulders above the rest of the hardcore scene and watching them batter through “Locust Reign” and set closer “Concubine” it’s hard to disagree. If you attended tonight as an “outsider,” you probably left with your bowels empty and your senses in tatters. However, to those whose ears are more attuned to this kind of thing, tonight Converge delivered something not far off absolute perfection.

Converge show their raw, emotional side in the chaotic video for “A Single Tear:”