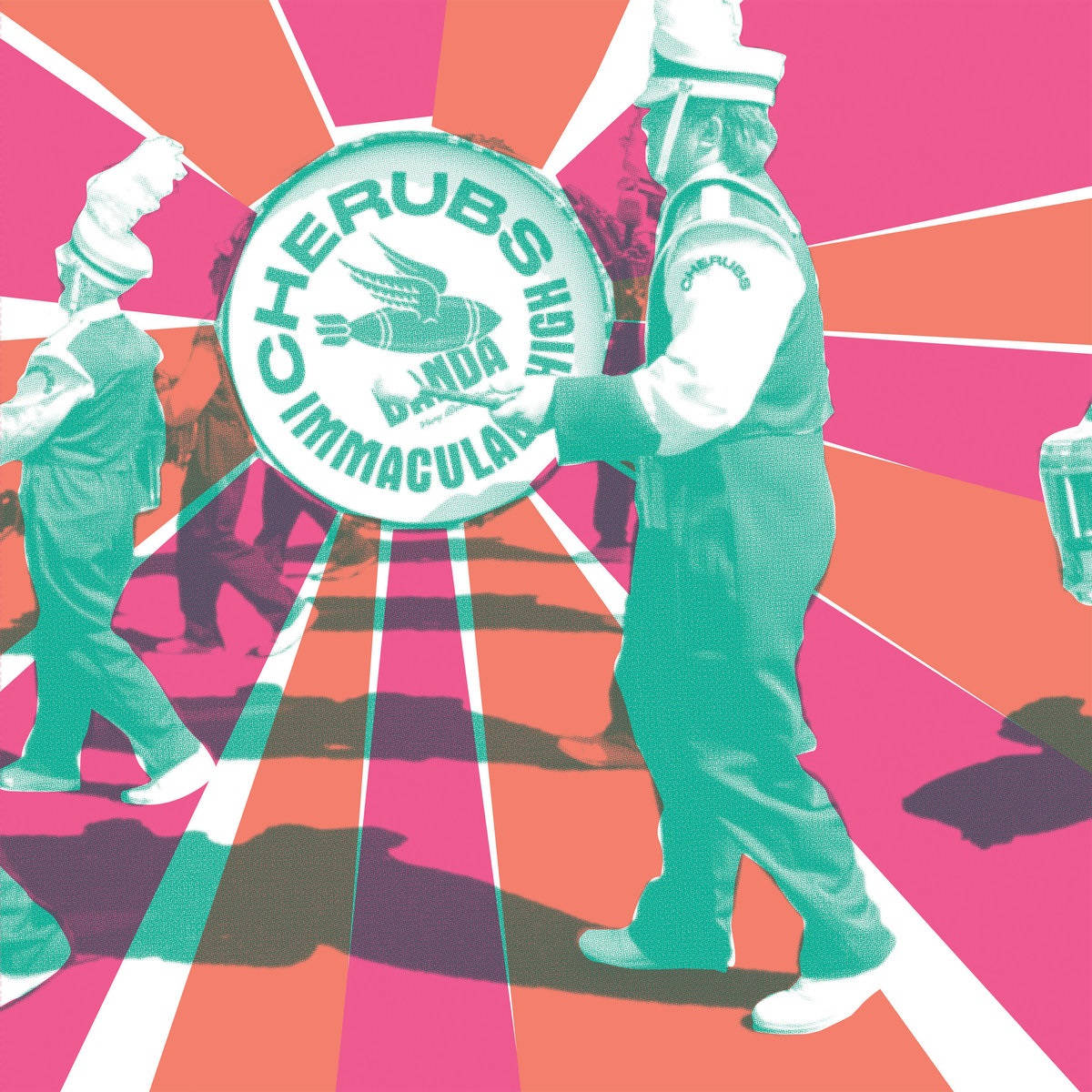 In 2014, news of Cherubs reforming sparked a firestorm of activity for the Austin, Texas trio throughout the underground rock community: media profiling, two new LP releases (including the one we’re discussing today), back catalogue reissues, and a slew of U.S. tour dates, plus their first European tour. The band’s 20-year suspension from 1994 to 2014 built Cherubs a near-mythological stature which awarded them the recognition which led to the surge of current activity.

Why mythological? Their affiliations with the noise rock scene run deep with a slew of EPs and their association with Trance Syndicate Records issuing their landmark/first era swan song, Heroin Man album in 1994, a day after their sudden breakup. Its caustic sound separated them from the rest but due to high profile releases the same year from Helmet, Melvins, Babes In Toyland, and The Jesus Lizard, Heroin Man was sadly overshadowed. Throughout the years, the community caught on and the album is now regarded as a cult favorite in noise rock. Two versions (Trance Syndicate Records & Amphetamine Reptile Records reissue) price at over 100 dollars in the secondary market.

Five years into the second era now, Cherubs has been around longer than they were during the first. Renewed interest in the band stems from the internet, Oregon riffers, Red Fang covering their B-side “Carjack Fairy” in 2010 on a live EP and a low key tribute album (Everyone’s Dead Before They Leave, Unfortunate Miracle Records) released in 2013. Objectively speaking, the resulting activity since Cherubs getting back together is more like a boiling point reaction to an event we consciously weren’t aware we wanted to happen and happily welcome. Cherubs last release, 2 YNFYNYTY, is a great reinforcement that time off is all it takes to get a band’s juices flowing harder than before and a full on permanent split doesn’t have to be an end-all. 2 YNFYNYTY is tame compared to Immaculada High though, the latter being dark and visceral from front to back.

With its speed of light pacing, the video for “18 The Number” is one of the most intense you’ll ever see:

An aspect of Immaculada High (stream/order via Relapse Records here) that strikes you off the bat is how loud this record is. It sounds like Cherubs recorded this in an empty Boeing hangar instead of Cacophony Studios in Austin. There’s a melancholic feel portrayed in the songwriting due to Kevin Whitley’s (guitar/vocals) high-pitched shrieks and extensive feedback use throughout most of the songs. Cherubs found a way to fit shoegaze in their grey area between punk rock and metal, whether planned or by accident. Yet, with a genre like that in the frame, there’s no letting up on this record.

Their MO on Immaculada High is not to mellow us out, at all. Whitley’s shrieks and howls throughout most of the record sound like a typecast basement dwelling asylum patient while bulldozing the listener with heavy, grinding guitar work. A stand out from him departing from the above is “IMCG” with its melancholy feel due to Whitley’s ghostly vocals and melodic guitar transitions with a military-like cadence and rhythm stemming from drummer Brent Prager and bassist Owen McMahon.

Prager and McMahon’s work on Immaculada High is a major reason for this album’s unorthodox feel due to the changes in timekeeping throughout the eleven tracks. Interesting fact about their off-key approach is revealed in a 2016 profile of the group via The Austin Chronicle via a quote from McMahon about the time King Coffey (Trance Syndicate owner and Butthole Surfer lifer) attributed to the strange time keeping as being a reason Coffey bowed out of the offer to be the first Cherubs drummer (“The songs had a lot of fives and sevens, and just really herky-jerky kind of stuff,” recalls bassist (Owen) McMahon. “King was like, ‘This is badass, but I just don’t think I can do this.”)

Cherubs bring the noise to noise rock with this reverb-heavy stream of “Sooey Pig.”

So now we can add Immaculada High as both a loud and unorthodox album. Immaculada High’s first three tracks are similar in stylings to 2 YNFYNYTY’s starting three with its no build up, relentless opener “Turista” segueing and picking up speed with the rapid-fire, panic-stricken single “18 Is The Number” before cooling down with the brooding feedback and chord sustains of “Sooey Pig.” The standouts on this album are sheer bludgeonings in their own right with Prager’s explosive (literally!) drum work highlighting the sonic tsunami of “Tigers In The Sky” and the rapid-fire pace of “Pacemaker.” This album holds some of their most potent songwriting to date and is one of the more overpowering releases out in 2019, an excellent debut for the three upcoming on Relapse Records. You will experience this record, not just listen to it.