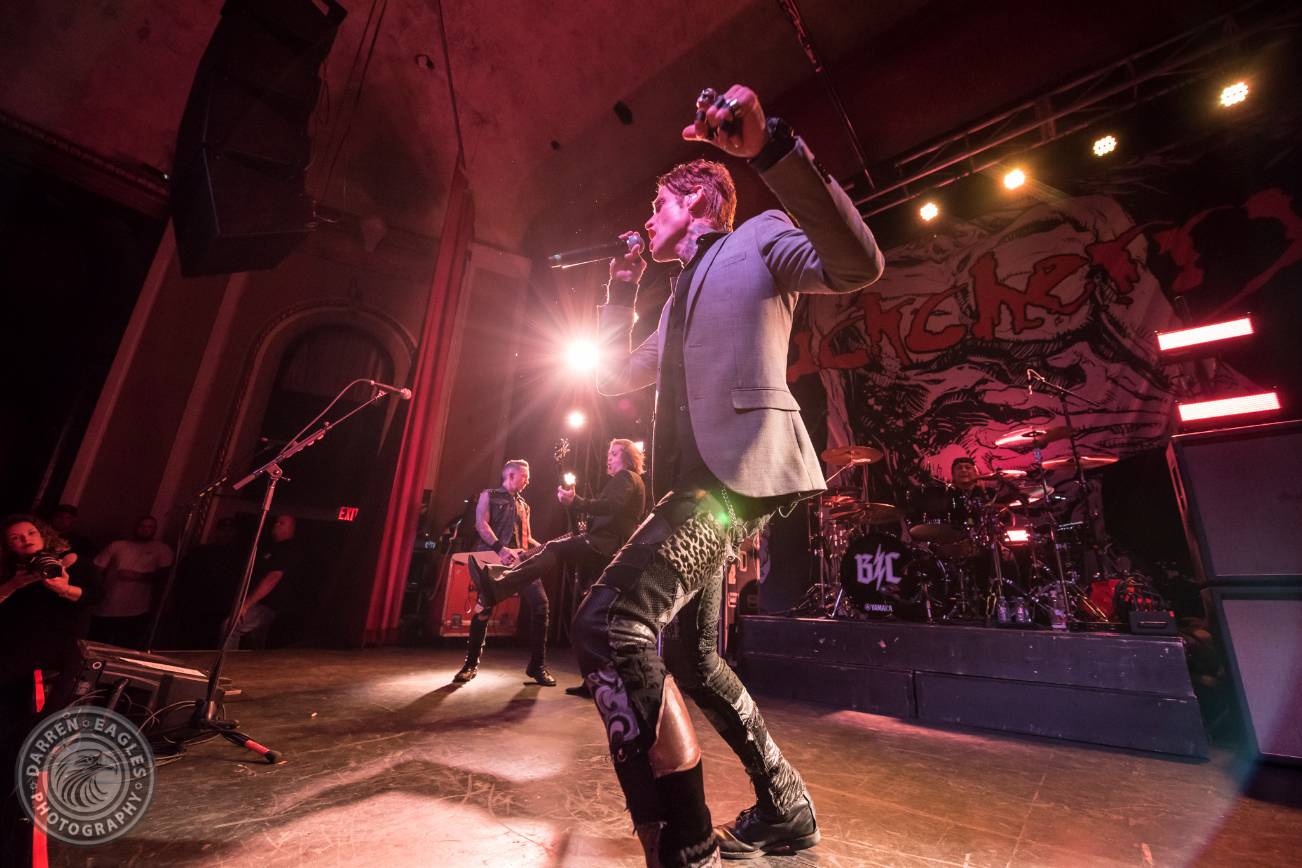 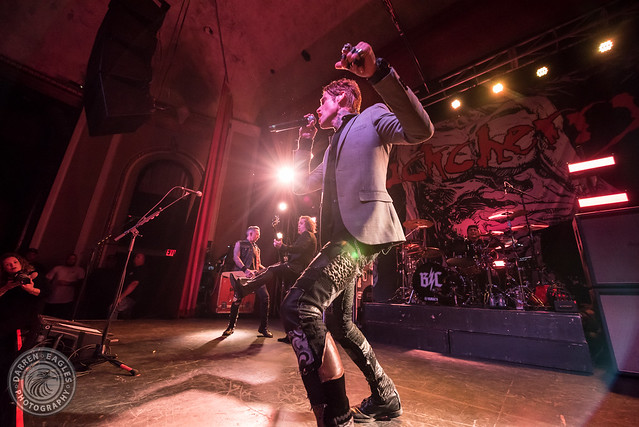 Josh Todd and the boys hit downtown Barrie’s Mavricks Music Hall on a steamy hot, July Saturday night for an equally scorching hot set of dirty old school rock ‘n Roll fun. Buckcherry has been at it for over 20 years and always bring a high-energy vibe to their shows. They wasted no time diving into their brand new release Warpaint with their straight ahead, guitar-laden take on Nine Inch Nails’ smash hit “Head Like a Hole.”

They would head into three other new tracks throughout the night as well. The new material was well-received and tasted like the drink we are used to with most Buckcherry tracks. There’s nothing wrong with tried and true. The band is as solid as it gets with guitarists Stevie D. and Kevin Roentgen trading licks and engaging the fans pressed up against the barrier. Kelly LeMieux on bass and brand new band addition, Francis Ruiz on drums, rounded out the familiar old school rock onslaught.

As the night progressed, Josh and Stevie removed parts of their stage wear until they were bare-chested with their signature wall to wall tattoos on full display. The ladies who filled the front row certainly seemed to take notice. Bouncing around the stage the whole show, Josh still has his high energy stamina even after all these years. And the others seemed to be competing to see who could jump the highest as well. A good guitar player high jump is always a crowd favourite. Three in unison is even better. Crowd favs for the night were “Lit Up,” “Crazy Bitch” and their middle finger mega hit “Say F*ck It.” They are a regular touring band in a genre which on the surface seems to be shrinking. But these guys aren’t stopping anytime soon. They will be in Ontario here and there for the next month or so. Then continuing their World Tour across the globe.

You’d be one hell of a crazy bastard to not have heard (or like) the hit single “Crazy Bitch.”

Opening the show was Orange County California’s Joyous Wolf. To say the band was a high-energy, bombastic feast for the eyes and ears would be a giant understatement. The four-piece hit the stage like a tornado and didn’t let up for their seven-song set mostly made up of brand new material from their 2019 release, Place in Time. Vocalist and Iggy Pop-channelling madman Nick Reese calmly walked onstage and tore into a physical flipping routine that grabbed the attention of the crowd who probably had no idea who these lads were, and never let go.

Reese used every inch of the stage and every muscle in his body to will the music into the room and into the crowd. It was compelling and mesmerizing to watch this artist paint his picture for us. Even gesturing for the crowd to split apart on the floor as he leaped fully over the stage barrier and out into the crowd for some more physical floor work. Guitarist Blake Allard, bassist Greg Braccio and drummer Robert Sodaro created a wall of sound that sampled successfully from ‘70s straight-up rock, ‘80s metal, and even some solid blues influences and vocal harmonies that take this band a step higher than many of their current counterparts.

Add in Reese’s magnetic stage presence and you have it all. The band gained attention with their crunchy updated cover of “Mississippi Queen” from Mountain last year. And that single had a B-Side called “Slow Hand” that kicks serious ass as well. They got their big time record deal with Roadrunner Records and the future is on the way up for sure. The takeaway? Get to a small venue now and see these guys while you still can.

Watch this video of Joyous Wolf doing their darnedest to ensure they become the “Mississippi Queen.”