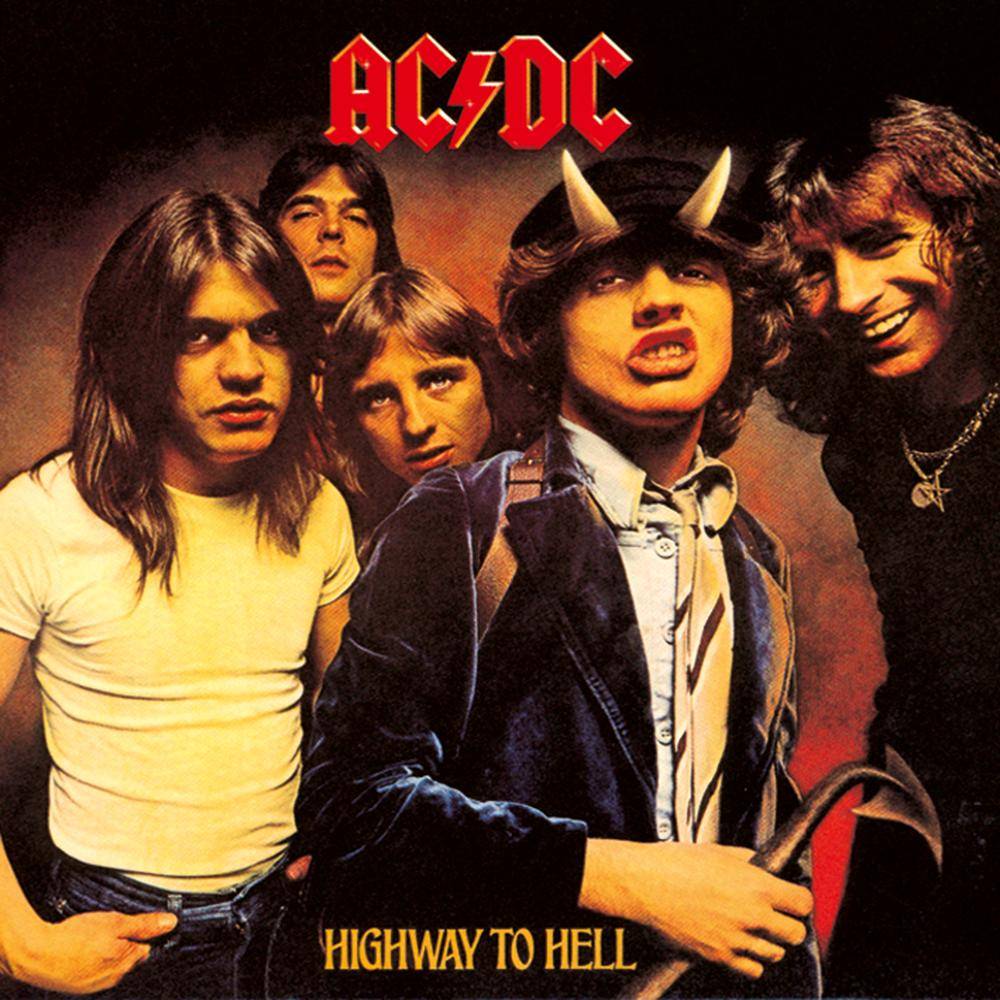 Truth be told, AC/DC was struggling in 1979. Although the band was making significant headway in certain parts of the world, they weren’t exactly setting the planet on fire. And they still hadn’t made any significant strides in the U.S. rock market. Record label concerns over the choice of a proper producer brought a relative “new kid” named Robert into the control room. Over the next couple of years, Robert John “Mutt” Lange would become one of the top names in the rock world — producing mega smashes for the likes of Def Leppard, The Cars, Shania Twain, Nickelback and Maroon 5. Simply put, Lange proved to be the right producer for the right band with the right record at the right time.

Few rock songs are as classic and known the work over as “Highway to Hell:”

Guts, timing and producers — they don’t mean diddly if a band ain’t got songs. And this batch reflects arguably AC/DC’s all-time strongest efforts — all of which were written by the infamous guitar alliance of brothers Angus Young and Malcolm Young (d. Nov. 2017), along with the band’s notoriously fast-living, tattoo-covered frontman, Bon Scott (d. Feb. 1980).

Powered by the electricity of Angus Young’s simplistic guitar riff and driven by Phil Rudd’s peep show inspired drum work, the iconic title track felt dirty and sounded sexy. And it spoke loudly to a legion of fans who seemingly were far more open to celebrating an eternity in “Fire Lake” than taking a temporary trip to “Funky Town.”

But the dirty, sexy, street-smart sensibility doesn’t end with the title track. In one of the record’s most enduring tunes, “Girl’s Got Rhythm,” master storyteller Bon Scott announces, Wearing dresses so tight. And looking dynamite. Enough to blow me out. No doubt about it can’t live without it. In “Walk All Over You,” Scott points to another particular physical liaison — Reflections on the bedroom wall. I’m glad you got to see it all. We’re rising, falling, like at sea. Your lookin’ so good under me. Demoed originally in 1977, “Touch Too Much” finds Scott confessing how a gal was, Too much for my body, too much for my brain. This kind of woman’s gonna drive me insane. And if the catchy, 200-pound crunch of “Shot Down in Flames” doesn’t get’cha, it might be time to test your ticker. I said, ‘Baby what’s the going price?’ She told me to go to Hell.

An outtake from the 1979 Highway to Hell photo shoot: 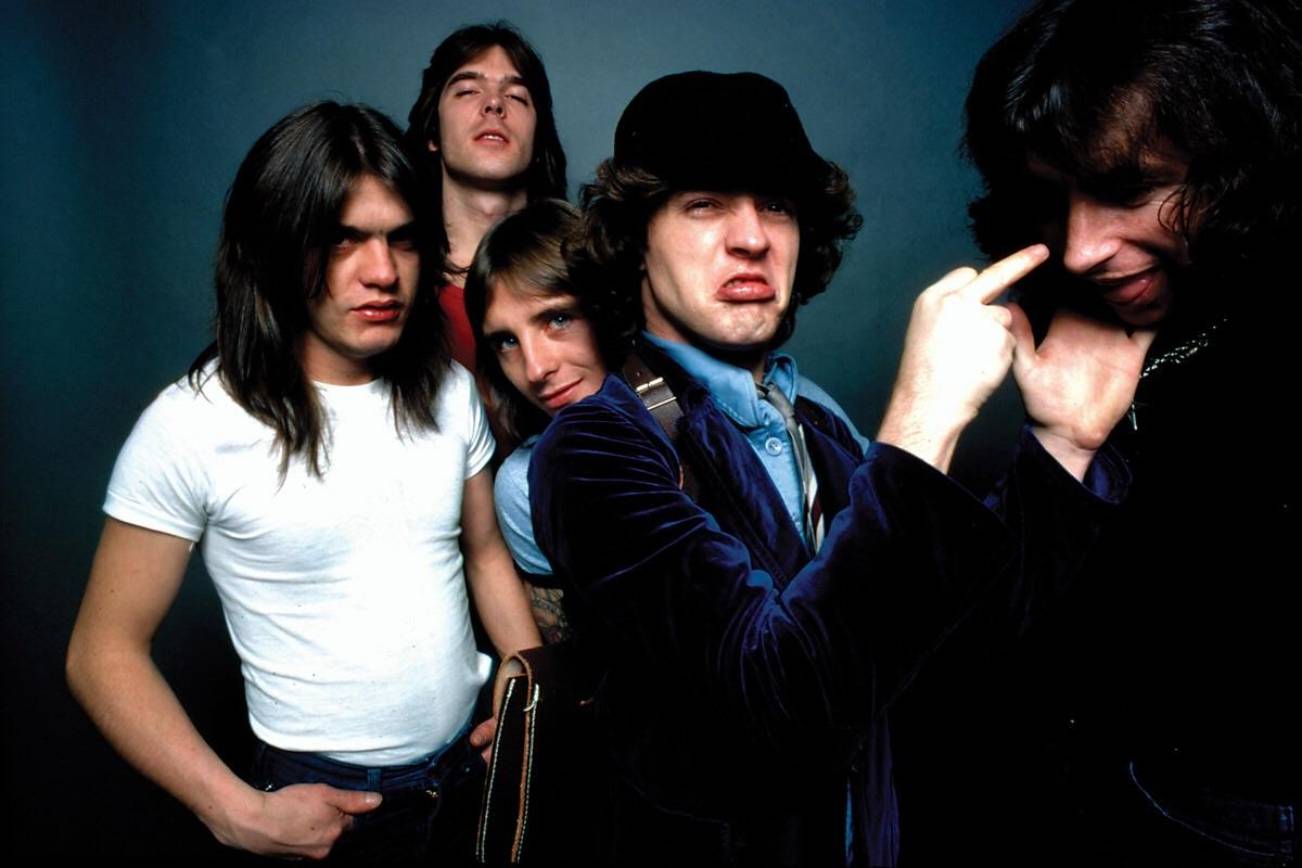 The ten-song set further reinforces the time-tested philosophy of “less is more” — from the Young’s no-nonsense guitar riffage on “Beating Around the Bush” to Rudd’s rib-cracking, in-the-pocket kick and snare combo on “Love Hungry Man” to Cliff Williams’ beautiful single note bassline delivered on “Get it Hot.”

As projected throughout the band’s 1970s Bon Scott era, AC/DC possessed an authentic, sweat-soaked passion for the blues. “The Jack” in 1975 and “Ride On” in 1976 are prime examples of that passion. However, few examples drive that message home more perfectly than the Highway to Hell closing track, “Night Prowler.”

Yes, in 1979, AC/DC was a dangerous band — feared and despised universally by parents worldwide. They created evil-sounding, high energy, guitar-driven hard rock (primarily) for horny adolescent boys. The songs taught (arguably valuable) lessons (in graphic detail) about sex, dirty living and disease — real-life stuff that teenage guys needed to know, but weren’t learning anywhere else. And with horns poking through his schoolboy cap and a pitch-fork tail to boot, the devilish image of Angus Young on the cover of Highway to Hell still is a bit dangerous and kinda disturbing. A full 40 years following its initial release, Highway to Hell remains a perfect slab of timeless rock.

A live rendition of “Girls Got Rhythm:”