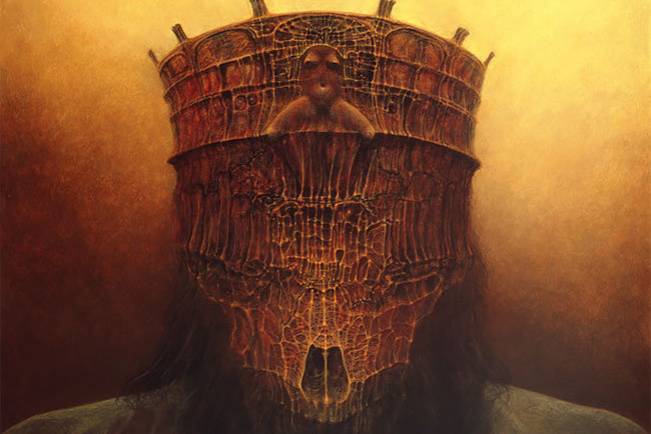 “He who makes a beast of himself gets rid of the pain of being a man” states Pitiless, a two-man metal machine from Toronto, Canada which blends non-traditional unclean vocals with an actual Aztec death whistle, extreme metal elements (death, grind, etc.) and film samples (Aliens, Mad Max: Fury Road). This, says group’s Gramlich, is where the musicians are coming from, noting: “The goal is not to be part of a scene, since we’ve always been outsiders, even in the ‘outsider’ communities of metal, hardcore or whatever, but to form genuine connections via music with individuals.”

Today, with the guys’ debut EP Amaranthine due out digitally on July 26th (pre-order here via Bandcamp), we’re pleased to offer a first look into their unique sonic attack with a premiere of the lead single, “To Storm the Gates of Heaven.”

Speaking of the song, the band offered the following elaboration: “The lyrical inspiration for ‘To Storm the Gates of Heaven’ (as with all the songs on Amaranthine, save ‘Human Prey,’ since it’s a Terrorizer cover) was taken from a specific painting by Polish master Zdzisław Beksiński (see below for image). Beksiński refused to title or even discuss his works and their meaning, leaving everything up to the invdividual’s interpretation. The more open-ended and undefined something is, lyrically, the more the listener can attach their meaning and experience to it. We never want to dictate what someone should think or feel when listening to a song.”

The time has come “To Storm the Gates of Heaven!”

The band continues… “That said, the quote ‘awake, arise or be forever fallen’ is taken directly from Satan’s speech to his rebel angels after being cast down in Paradise Lost, and that theme permeates the song — the choice to rise or remain fallen, regardless of the situation. Musically, ‘To Storm the Gates of Heaven’ was the first song guitarist/bassist/programmer Matt DeMille wrote after the dissolution of his previous unit (Hamilton, ON’s Scum), and the unrelenting aggression, hostility and technicality are a pushback against certain members wanting to take that unit in a more ‘palatable’ direction.

It was also the very first song screamer/lyricist Christopher J. Gramlich wrote lyrics to, upon the duo’s formation. We could say more, but we’ve already said too much. Much like Beksiński, we’d prefer people to discover and attach their own meaning without being prejudiced by those of its creators.”

01. To Storm the Gates of Heaven
02. Shackles of Perdition
03. Ugly on the Inside
04. Wretched Redeemer
05. Human Prey (Terrorizer Cover) 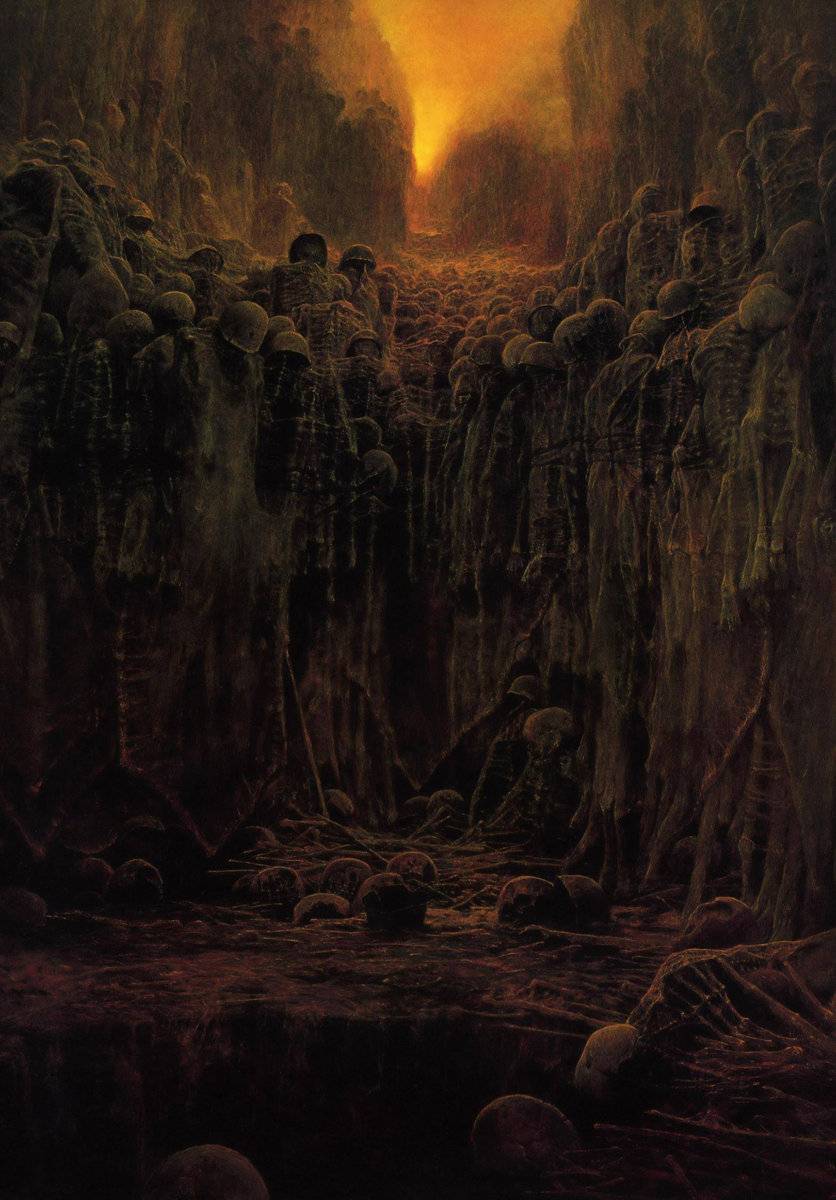