If you were to combine the brooding atmosphere of Leviathan, the grinding aural onslaught of Anaal Nathrakh and the sheer misanthropic inventiveness of both, your result might well resemble This Gift Is A Curse. The venom-spitting hardcore influence contrasts alarmingly with the introverted, seething ambient work, but the overall picture painted matches the ingredients. Consequently, A Throne of Ash, the band’s latest album for Season of Mist, is not pretty or delicate in any way – but the Swedish quintet can be very proud, nevertheless.

The first impression is one of an overwhelming tumult of hatred manifesting as music, an unforgiving barrage of every negative emotion ever conceived, torturously reshaped to inhabit stave notation. However, if this initial bombardment does not put you off, repeated listening does reveal subtlety and nuance, and a surprising feel for melody; “Gate Dweller,” for instance is layered around a simple, yet still touching clean key passage. The constant assault also seems less frenzied with time, too – becoming a strong succession of waves, yet still waves you can ride instead of drowning under.

In fact, as time passes I find myself moving further from the initial comparison I made to other extreme metal artists, and instead moving towards the experimental piano work of the Ukrainian composer Lubomyr Melnyk, his self-styled ‘continuous music’ where individual notes blur into an organic presence. Of course, This Gift Is A Curse may not be playing up to nineteen notes a second, but the rapid transition of sounds and moods relates well, also generating a fluctuating maelstrom of music.

Lubomyr Melnyk doing what only he can:

Even the ritardando coda of “Monuments for Dead Gods” mirrors a common technique employed by Melnyk in a number of his compositions: but the overriding dynamics and focus on mood are what really fuel the comparison.

This does not imply in any way that the driving force behind the music is in any way lessened: if anything, this intellectual basis only strengthens the ritualistic and transcendental nature of A Throne of Ash: a methodology further reinforced by the enigmatic cover image and its occult implications. The hymnal ambience of “In Your Black Halo” provides further emphasis. Even the official press release from Season of Mist describes the album’s themes as carrying an “underlying notion that nothing that transpires in what we call ‘reality’ has a greater meaning,” built on “poisoned blood, dying flesh and the dark ash from the charred body of man.” While Lubomyr Melnyk may seek gnosis through meditative techniques and Tai Chi, This Gift is a Curse take their pursuit of knowledge to darker, more primal places – and the vitriol it suffuses their music with is testament to this.

Album closer, “Wormwood Star,” while still radiating menace, presents a slower, sludgier affair than the rest of A Throne of Ash (streaming/purchase options here). Syrupy bass fuzz punctuates the whole to a greater extent than the remainder of the album, and even the vocals take on a far more doom-like character at the lessened tempo: while still a hugely atmospheric piece, it does seem out of place when compared with the possessed terror the remainder of the album presents. Even “Wolvking,” which displays a similarly sedate introduction, rapidly descends into the madness that characterizes A Throne of Ash.

This Gift Is A Curse present the official video for “Monuments for Dead Gods”:

Despite “Wormwood Star” being the one incongruous blip on the radar, A Throne of Ash is a very well-realised presentation: clever, well-executed, evocative and dangerous – exactly what you could hope for in a hybrid creature like This Gift Is A Curse.

A Throne of Ash Track Listing:

By way of example, the official video for “Wolvking”: 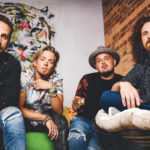 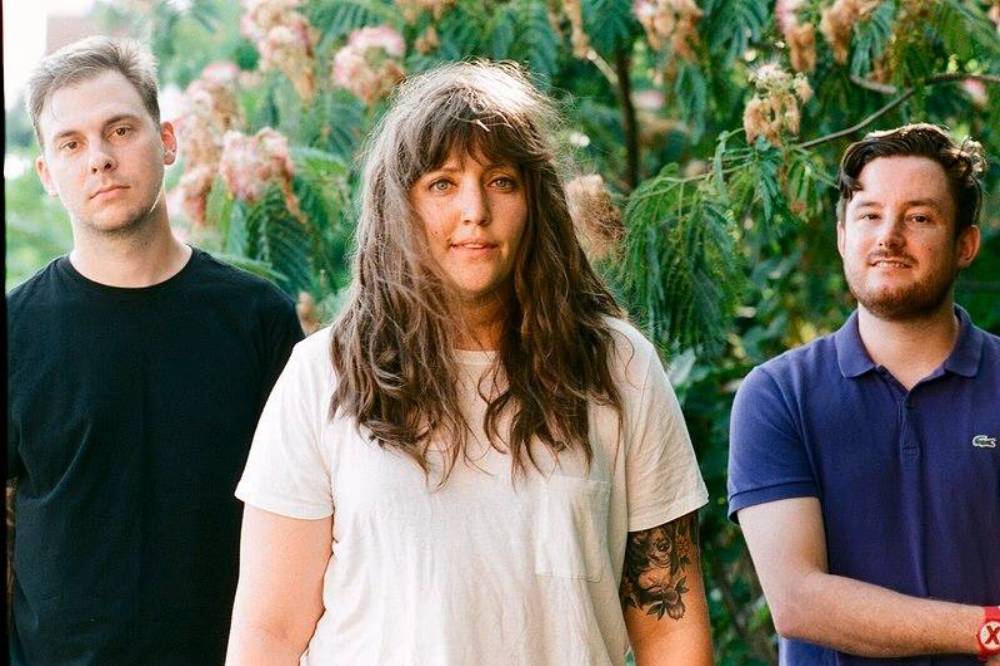