As I am quickly discovering the deeper I delve into the South African local music scene, there is no shortage of hard-working bands who are taking themselves for a walk-about in Europe, with or without us. No matter what genre we are talking, glass ceilings are being kicked to pieces as groups spread their wings and take to the skies. These days, venues across the UK and Europe are seeing their fair share of South African music.

The Shabs seem like your average Joes and Janes, those naughty kids next door, but don’t be deceived, there is nothing average about their ambition and commitment. Despite taking the typical DIY approach as their genre demands, this folk punk band has kicked into high gear since 2016 when they released their debut album, Folk is Dead. Since then, they have toured overseas, released another album, Can You Hear Us At The Back, and even got themselves a label deal. We spoke to guitarist/vocalist, Jon Shaban about what looks like big changes ahead.

Three months, a number of countries (five, six?) and you’re back from an international tour of your album, Can You Hear Us At The Back? How did it go?
Jon Shaban: It went really well! We covered six countries in Europe, the UK and South Africa. The response to the new album has been amazing and this tour was another step in the right direction for The Shabs.

What is your favourite story from the tour?
Shaban: Probably (upright bassist and backing vocalist) Ryan McArthur diving naked onto a rooftop covered in snow in Switzerland. It wasn’t as soft as it looked so he slid across it and grazed his ass.

The Shabs perform in tight spaces in their latest music video for “Tom & Phillips Song.”

I loved your Facebook post about the tour, but I really want to know the stories about the mistakes that were made, considering your extensive tour record. Can you tell us a bit about the types of mistakes bands tend to make and maybe suggest ways to get better at it.
Shaban: When you’re an independent touring band you’re always learning as you go along. In Europe, we had a pretty solid tour and we made less mistakes than we have before but in the UK we tried something a bit different and made quite a lot of mistakes. These all range from who we worked with to badly thought out routes across the country. But we made it through and learned a lot.

How have you been balancing the work, life, music thing, especially considering your time away touring?
Shaban: We’re lucky that we either work for ourselves or freelance, so taking time off isn’t as difficult as it would be with corporate jobs. We can mostly work from the road if we have internet connections.

I love that South Africa is still producing and supporting (folk) punk bands in 2019. What has been your own personal punk journey in this country?
Shaban: We all met through the punk scene and we’ve found it to be very community-driven and supportive. I think we can credit a lot of our DIY ethos to it as well. It’s always been a thing in the punk scene to just find a cool place and put on a raw, high energy show. Sometimes it’s the imperfections that make it so special. We’ve also just been allowed to be comfortable being ourselves.

Let’s talk about your album, Can You Hear Us At The Back. Seems like quite a bit of time, energy and money was put into it, just like with your debut, Folk is Dead. Is this approach reaping rewards so far?
Shaban: Yes, definitely. We had the best time creating the album and landed up with a product that we’re super proud of and that really pushes us to get it out there as far as possible.

Can You Hear Us At The Back was released on March 1st, 2019. Check out the rad cover art: 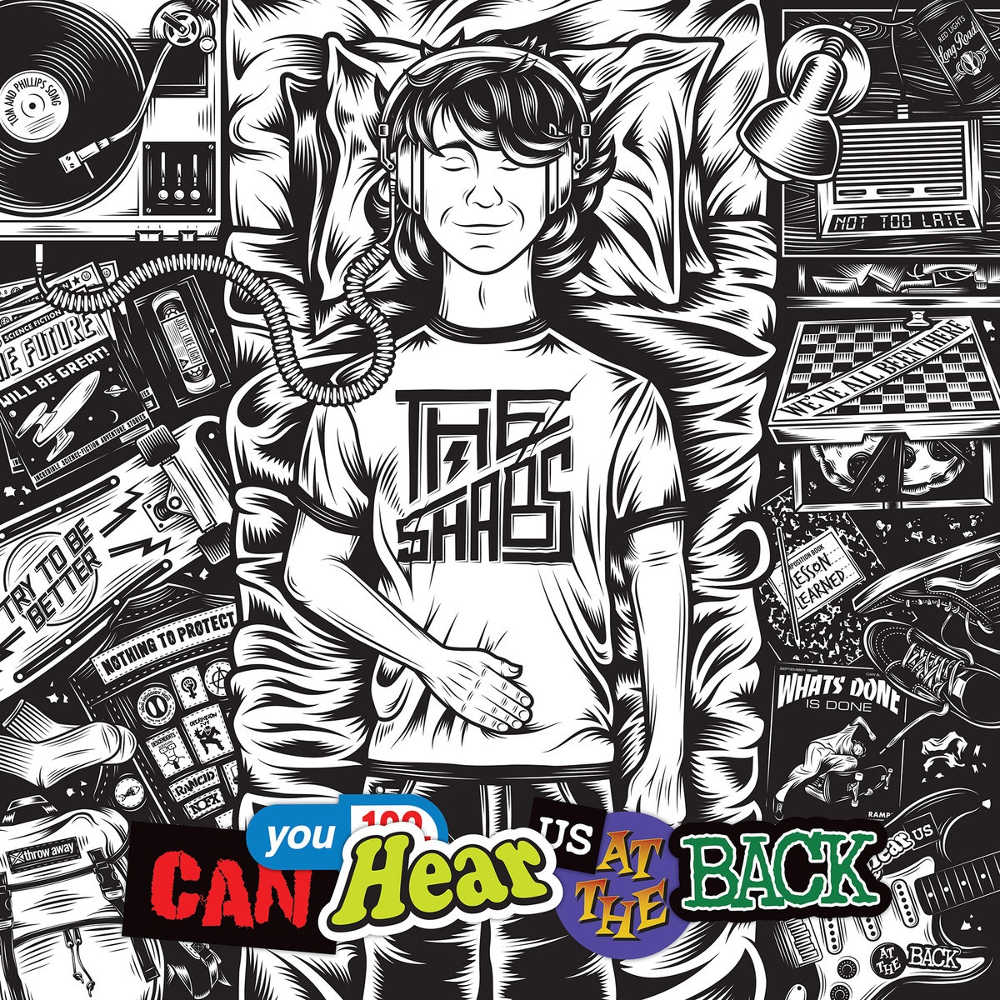 I am always intrigued by the different ways that bands approach being in a band. Some yearn only for a good spot at a local festival, while others never limit themselves. What is your approach?
Shaban: We just try and work as hard and as smart as possible. First things first, we love playing in this band. It’s an amazing creative release and an awesome way to connect with people. Our main philosophy is to be as prepared as possible when awesome opportunities come our way and then to have fun when we take them.

One of the most interesting things about your music is the lyrical approach, poking a whole lot of fun at life, but raising some pretty gnarly subjects, like one’s sense of success. Where do these lyrical ideas come from?
Shaban: Mostly from real-life situations. If they’re not our own experiences, we’re probably seeing it in others close to us.

You’ve been around for six long (or possibly short?) years. Can you give us a quick reflection on that time and do you think the band is finally coming into its stride?
Shaban: The last six years have been crazy. We had a slow start but managed to play some epic shows and achieve a lot. Since 2016 we’ve really upped our game and have been touring perpetually and achieving even more. It still feels like we’re only getting started though.

Rumour has it that you have just signed with Just Music. Please tell us more about this… Do you see this as a crucial next step?
Shaban: That is no rumour. That is a fact. It definitely feels like the next step in the band’s development. So far, it has been really rad working with Just Music and we really look forward to seeing what the future holds.

“We’re Not Going Home” until we see another video from The Shabs. The track comes from the band’s split Deja Vu with Rambling Bones.

How did it come about?
Shaban: Ryan has a relationship with them already from previous projects he’s been involved in. When we had the album finished, he sent it on to the guys at Just Music to ask some advice about how we can push the album into some new spaces. They got back to us saying they loved it and were interested in releasing it through the label. It was super unexpected but also felt right.

If you could write a note to the future The Shabs, like ten years from now, what would you say?
Shaban: Don’t borrow old cars for tours where you drive thousands of kilometres.

Thanks so much for your time. On a final note, what makes you proud to be part of The Shabs?
Shaban: We never panic. We’ve been faced with some pretty rough situations which I know have broken people down before. We seem to be able to help each other out of those places and work as a team to get things back on track. 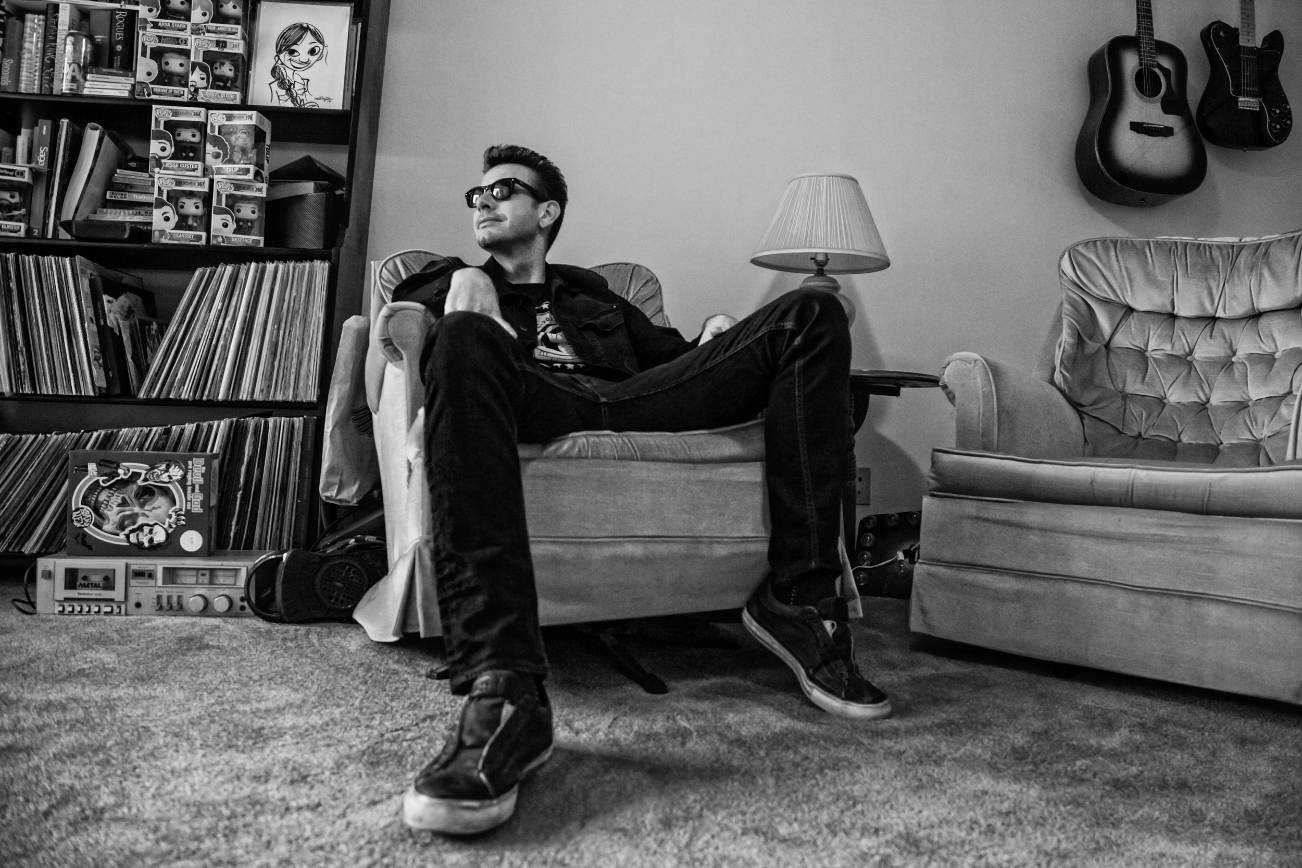 “Be Cool” and Check out the Latest Single from L.A. Indie-Punks BLACK ADIDAS [Song Premiere] 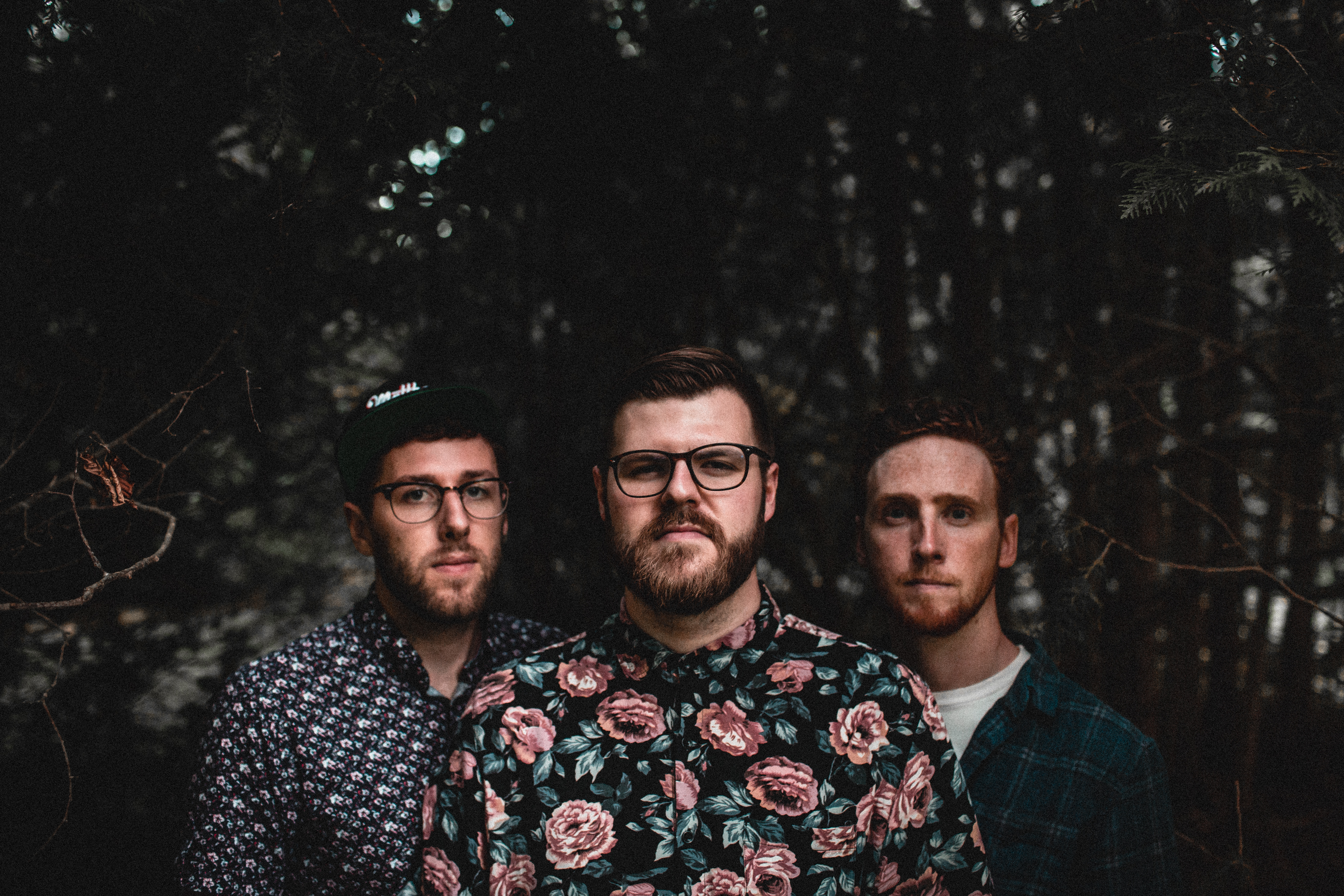 Q&A with Canadian Folk/Pop Band I, The Mountain