There’s a revitalization underway in the garage punk world and The Jackets, are at the forefront of this new wave. The black and white-attired trio has quietly roamed Europe the last few years and more recently broke into North America on the heels of a single release that gives a taste of things to come with their forthcoming LP, Queen of the Pill (purchase it now on the official Voodoo Rhythm Records store).

Originating in the mid-2000s between two musicians from different continents, Swiss artist Jackie Brutsche, and Southern California native Chris Rosales, along with bassist Sam Schimidiger, The Jackets leave their mark in all the bars, halls, and stages they plug into via a “mid-fi” reverb and fuzz-laden sound mixed with an explosive show that has catapulted them through the festival circuits of Europe to as far as San Diego, California.

Their early work, both harmonious and unhinged, sounds as if Tina Lucchesi of The Trashwomen jumps ship to Lansing, Michigan to front the Bantam Rooster for a bit. Queen of the Pill exemplifies their growth and development from straight-forward 4/4 garage punk to a more technical band that incorporates elements of psychedelic and Eastern-inspired music; it’s the same band only more refined.

Starting as a snippet of material from a 2017 Voodoo Rhythm Records 7″ release (“Queen of the Pill”/“Be Myself”), the band got together quite the production staff that offers their music an extra gut punch not heard prior. The names associated include King Khan producing, Nene Barrato engineering, and Jim Diamond overseeing the mixing and mastering process. Heavy dealers nonetheless who add value as members of The Jackets team with this LP release. We caught up with Chris Rosales for insight on Queen of the Pill’s background, his early life in the U.S. before the move to Europe which led to all this, and some recommended groups happening in his neck of the woods.

The Jackets demonstrate what a “Loser Lullaby” sounds like with the new video for the single off Queen of The Pill.

Describe how life has been for The Jackets from the Shadows of Sound record up to Queen of the Pill?
Chris Rosales: That’s a five year time span! Quite a lot has happened regarding our sound and songwriting and how we approach recording. It was a good move to do that single (“Be Myself/Queen Of The Pill”) as a test drive for what would eventually be the Queen of the Pill LP. We were comfortable in the studio and I think our performance on the album shows that. We learned that finding the right people to work with is really important for us and that we like to fiddle a lot until we get things as we like them, so we allowed ourselves to take all the time we needed. Also, we broke into the U.S.A. a bit, touring-wise, in the last few years and that has opened up interesting opportunities for us and we have met some cool people.

Queen of the Pill is very involved in terms of personal use. What did you all individually take away with working one on one with King Khan and how did that opportunity come about? Did you all have a plan initially of who would be involved or was this team assembled with the inputs of others?
Rosales: I’ve known King Khan for 20 years. I met him on tour when I was playing with Lightning Beat-Man so we have a personal friendship, He started to float the idea of coming to Berlin and recording something a few years back and we thought we really had to do something different recording-wise to shake things up, so we decided to come to Berlin for a few days in the Spring of 2017 and write and record and collaborate with him and it worked out.

What did you all want to accomplish with this Queen of the Pill that isn’t featured on your past material? Aside from the personnel used, how else did each of you step up your game in preparation for the recording sessions in Berlin?
Rosales: We have been on a quest to recreate our live sound on a recording ever since we started making records in 2008! This was our newest crack at it. We were more concentrated on our tracking performance than in our past recording sessions. We tried to capture the spirit of the 7″ that we did the year before. And King Khan was actually in the tracking room pushing us, so that helped.

The artwork for Queen of The Pill, due for release June 14th, via Voodoo Rhythm Records. 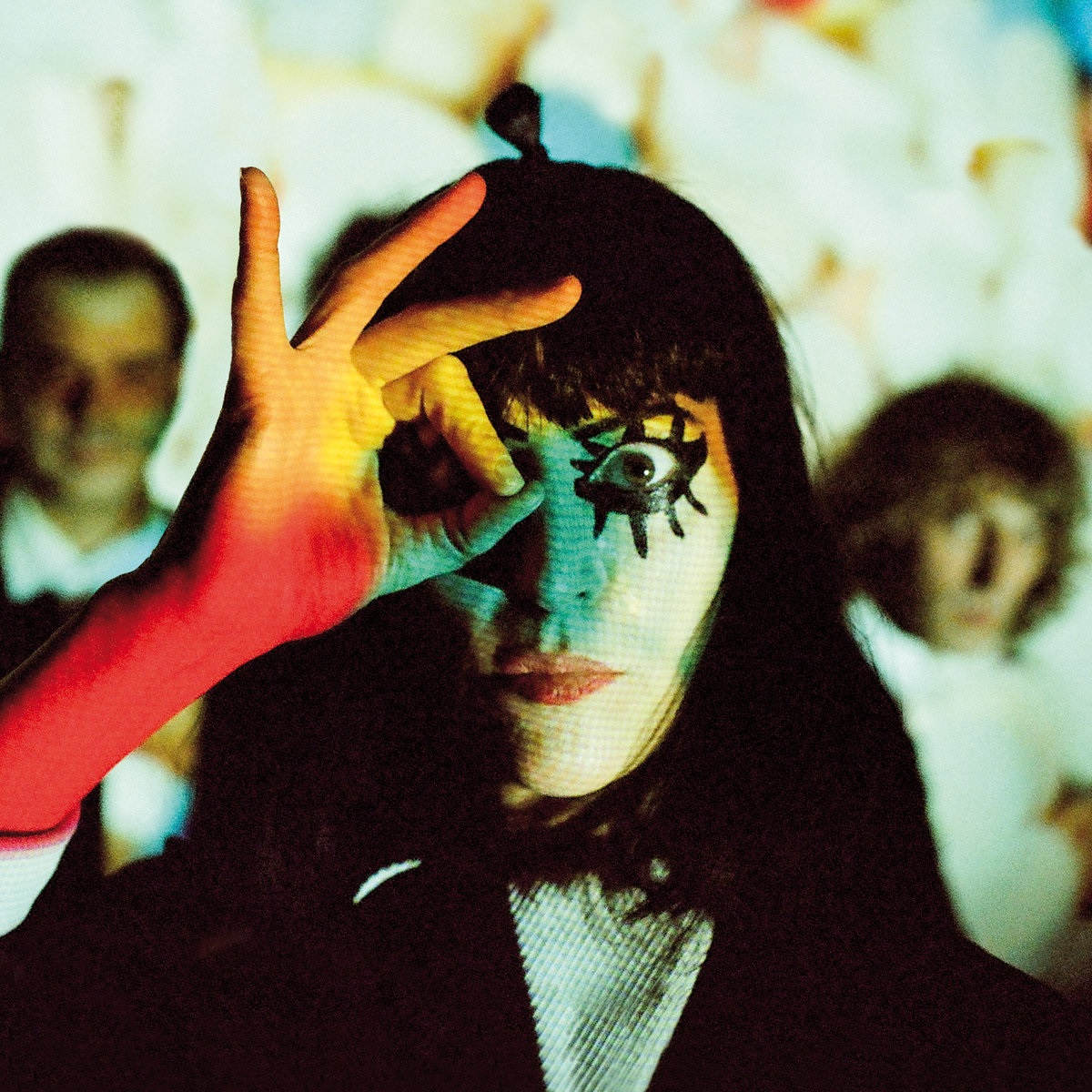 The subject matter in the lyrics seem to touch on personal matters (“Losers Lullaby,” “Deeper Way,” “What About You”). Were there any growing pains associated with how this album fleshes out you don’t mind sharing and putting in perspective on how the songs came to be?
Rosales: Jackie really stepped up on this album and wrote some killer songs that I’m not sure touch on personal things in her life exactly but are just some kick-ass tunes! “Deeper Way” and “What About You” are my lyrics so, yeah, I was going through a breakup at that time which always helps with songwriting. “Deeper Way” is a reaction to the way things can go downhill with communication within the band.

How was it the second time around touring North America? With the repeat markets you hit when you first came about in 2017, was the reception what you expected? Also on your run with The Woggles and The Loons, were there any particular moments that stood out for you that reminded you of how this scene is like over in Europe?
Rosales: It was great going to the East coast this time. NYC was really a top show but the whole week on the East coast with The Woggles was great. They are a great band and a great bunch of guys that have been at it for years. It was an honour! Coming back to California was great. We had more people at our shows because of the year before. The top show was probably Los Angeles this time at Monty Bar with The Nighttimes and The Loons.

Mike and Anja from The Loons did an amazing job booking our shows and joining us on the tour. I can’t say enough about their absolute class and hospitality. Some quick thoughts on contrast between the European and U.S. garage rock scenes (are) simply in Europe this type of music is more popular so there are more people at gigs but the enthusiasm is the same.

Can you tell us a bit about the underground rock culture in Switzerland? What are some of the countries you play where you’re well received and know you’ll have a blast at?
Rosales: Switzerland is a very small country with not much of an internationally known underground rock scene. Bern has been on the map because of Beat-Man and Voodoo Rhythm Records, so people into a certain kind of music would have heard of him. The epicenter of the Euro garage punk RnR scene is probably Spain. We play there a lot and are pretty well-known. We can play to over a thousand people at festivals like Purple Weekend and (we) are played on national radio. France is also pretty good lately and we play a lot in London where we can pack a good-sized club on a weekend.

“Hands Off Me!” Watch the video for the standout track off of 2015’s Shadows of Sound.

Chris, can you go into the beginnings of the band a bit? You immigrated to Europe from the U.S. and used your connections with Mosquitohead to settle in the underground rock community over there. From there, you toured all over the EU with your bands, including a performance at Montreux as part of the Unbelievers. How did The Jackets come to formation initially and what does it take to survive being a member of this band?
Rosales: I lived with The Miracle Workers at “Miracle Manor” in their quasi-commune in Hollywood in the mid-eighties and worked at Mosquitohead T-Shirts which was also a Warhol Factory type scene that was also connected to the Miracle Worker world. Those connections led me to Switzerland where The Miracle Workers knew some LSD influenced artist-types from their numerous tours in Europe and I fell in love with one of them and moved to Bern in 1994.

I met Beat-Man and joined him on his adventures touring around Europe and starting his record label. In 1998 I met (singer) Jackie (Brutsche) at a gig in Zürich and we started going out together. In 2005 we started the idea of putting a band together and The Jackets is the result. Jack and I are no longer romantically linked but continue to be the closest of friends, confidants, and partners in crime.

If you could go back to your younger self. right when he’s about to get on a plane to start a new life, what would you tell him considering your experience and insight up to now?
Rosales: I would tell him to be honest, be fearless and that it is imperative that he finds his art; what it is he does.

Again, give us some groups that we need to be hip with that are shaking things up in the Old World?
Rosales: Some names that come to mind: Les Grys Grys, Les Lullies (Montpellier, FR), Weird Omen (FR), The Scaners (Lyon, FR), Magnetix (Bordeaux, FR), Sloks (Turin, IT), Anomalys (Amsterdam,NL), The Courettes (Aalborg, DK). 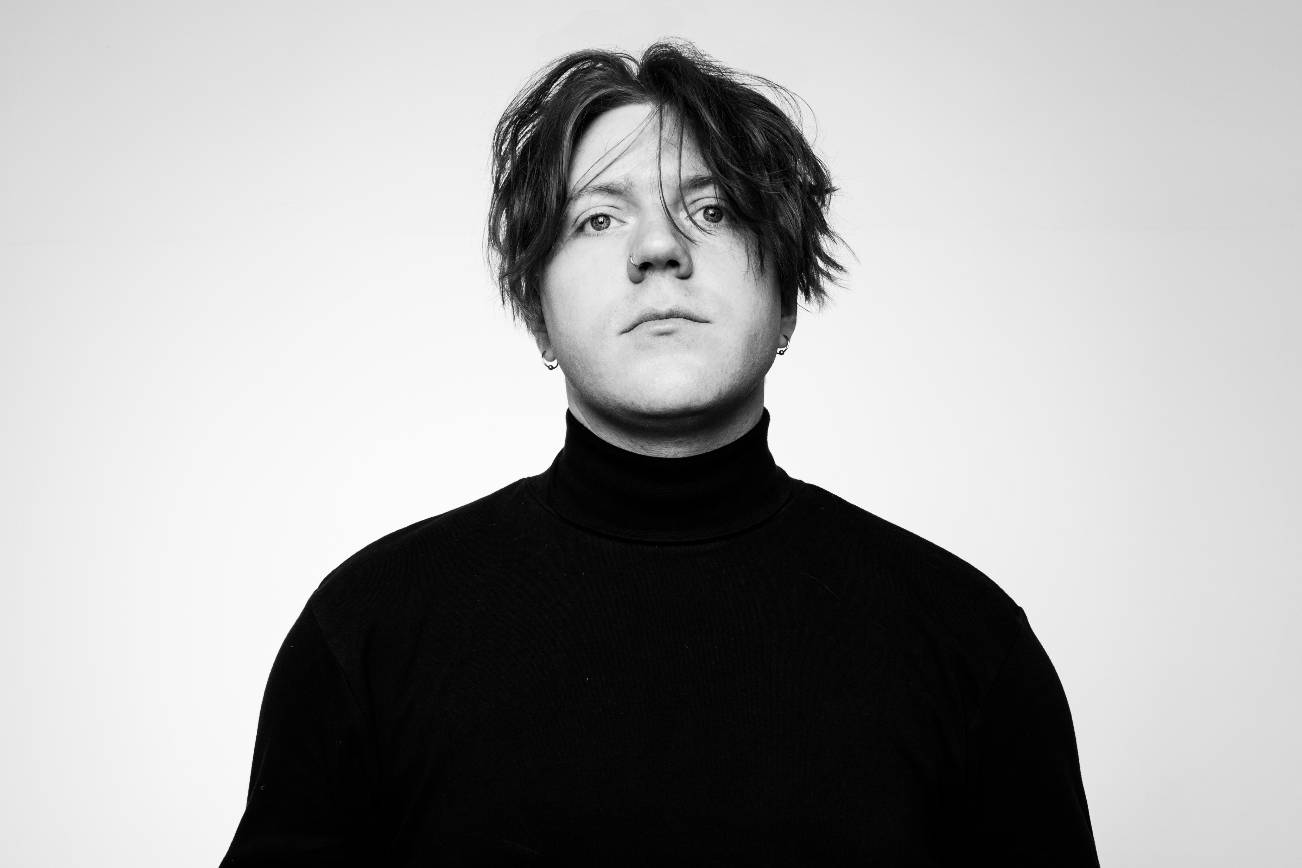