Hailing from Ancortes, Washington, John Van Deusen is an indie rocker who recently announced his brand new record, (I Am) Origami Pt. 3 – A Catacomb Hymn, out July 19th on Tooth & Nail Records and DevilDuck Records (EU/CA). Leading with the single “Whatever Makes You Mine” (available to stream/purchase here), John brings listeners into his world of emotionally-charged power pop peppered with heartfelt vocals and slick melodies.

The music, however, also features a darker, heavier thread – perhaps inspired from his role in the punk rock band BUFFET (check out their Bandcamp here) – that adds depth to his tunes. As John continues to expand his ever growing musical repertoire, he joins us for a Stereo Six to list six records that helped shape his own songwriting.

Enjoy the newest single, “Whatever Makes You Mine.” And if you don’t, we’ll know.

01. XTC – Fossil Fuel: The XTC Singles Collection (1996, Virgin)
– No other band has influenced my songwriting more than XTC. Since I couldn’t choose just one album I chose the singles collection: it’s full of risk, hooks and bad decisions and I love it. I like how you can hear The Beach Boys/Beatles influence oozing from almost every song, even in their earlier “punk” outings.

02. Frankie Cosmos – Zentropy (2014, Double Double Whammy)
– Greta Kline is one of my songwriting heroes and on Zentropy her band perfectly compliments her simple lyrics and strong melodies; the changes in tempo on this album are perfect. “Sad 2” makes me tear up every time I hear it, no joke.

03. Sunny Day Real Estate – How It Feels To Be Something On (1998, Sub Pop)
– Anytime I set out to make a “rock” record, this album has fingerprints all over the process. I think it’s one of the greatest rock albums ever made and the guitar tone is forever influencing my decisions in the studio. Jeremy Enigk’s falsetto chorus on “100 Million” is heavenly.

Check out album of the snazzy cover artwork for the six albums John Van Deusen picked. 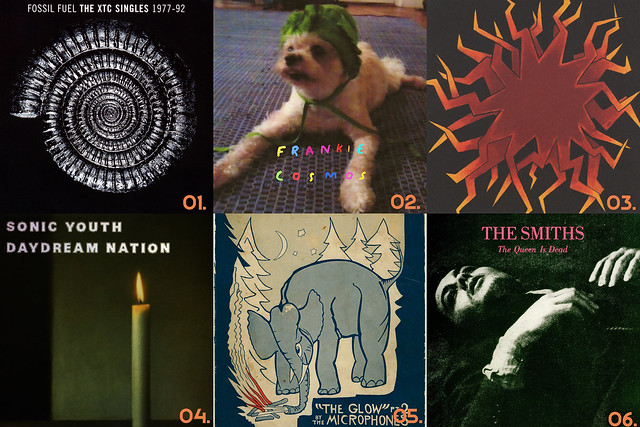 04. Sonic Youth – Daydream Nation (1988, Enigma)
– This album influenced a lot of the guitar noise that I layered over the top of my new record. I think as time goes on I’ll get more adventurous with splicing noise and pop music together and this album will be a sort of “noise rock bible” I keep turning to for wisdom.

05. The Microphones – The Glow Pt. 2 (2001, K Records)
– Growing up in Anacortes, this album was a local masterpiece; experimental, noisy and immersive. I didn’t really understand it until I started trying to actively break my own set of songwriting rules. Now, it serves as a constant touchstone for sonic exploration.

06. The Smiths – The Queen Is Dead (1986, Rough Trade/Sire)
– I’ve slowly fallen in love with The Smiths. Marr’s clean tones have been very life giving for me lately and I clumsily replicate them as often as I can; a no brainer. Also, I may ask that “There Is A Light That Never Goes Out” be played at my funeral. 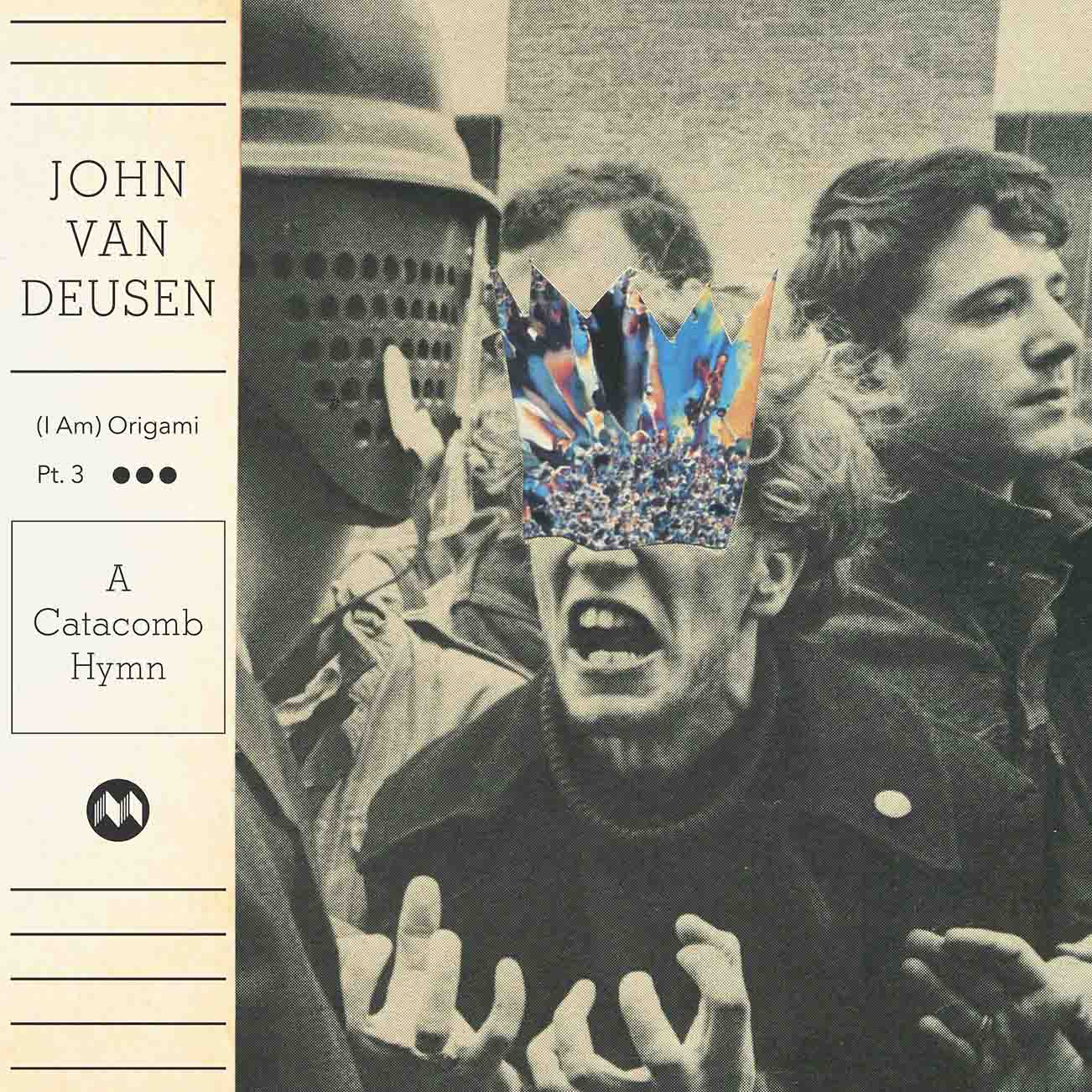 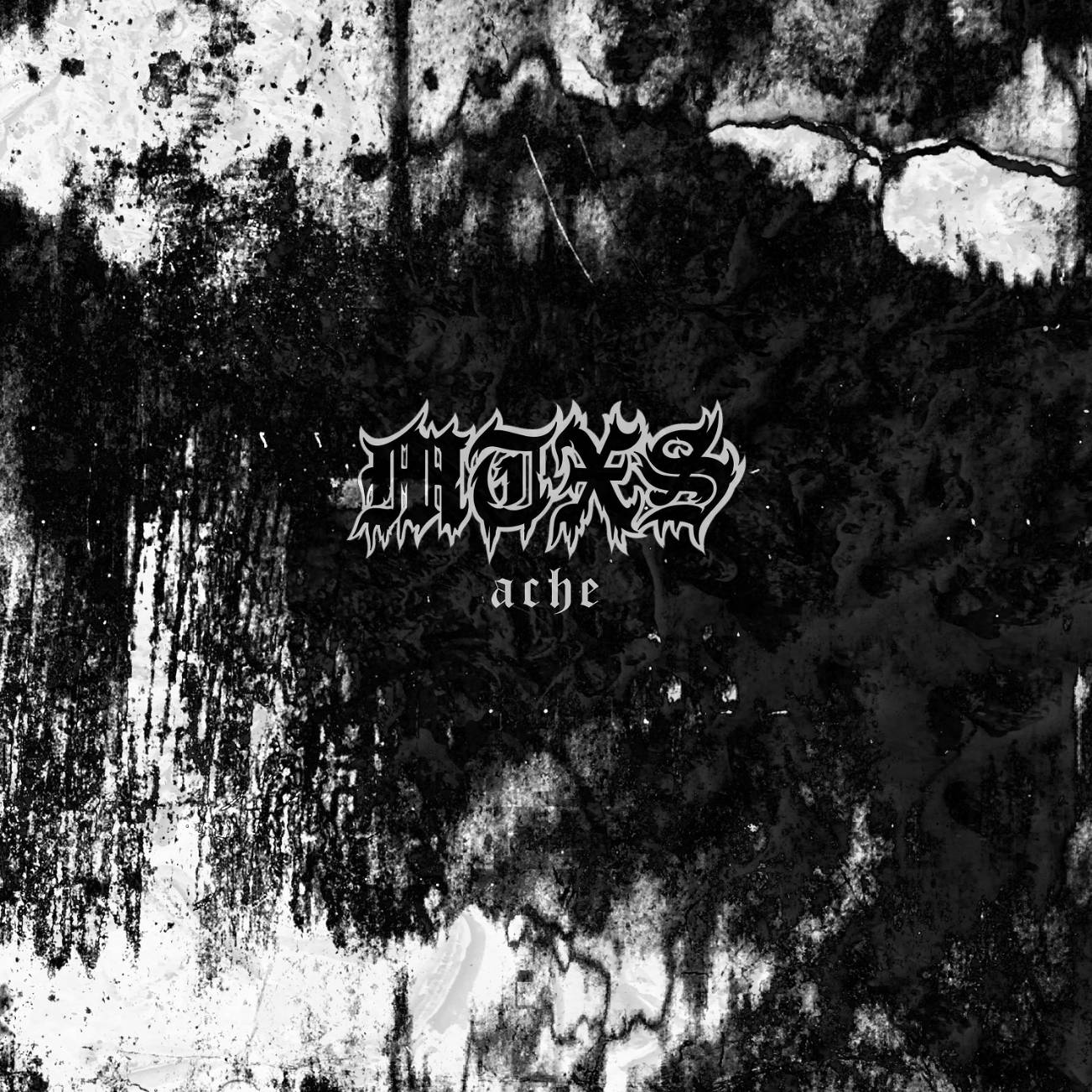