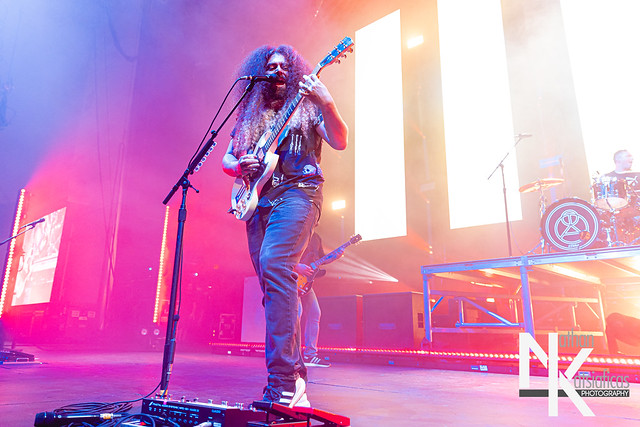 The Unheavenly Skye Tour cruised through the oceanside Rockland Trust Bank Pavilion on Thursday, June 6th in Boston, Massachusetts. Located in East Boston, along the water, the seated and outdoor venue in the city’s harbor has to be one of the more unique venues the tour will play. The lineup features progressive rock giants Coheed and Cambria co-headlining with stoner rock/metal act Mastodon, with Buffalo, NY’s finest, Every Time I Die in the opening slot.

It certainly was an unusual venue for tour-openers Every Time I Die. As the band themselves acknowledged on stage, they are accustomed to playing the city’s larger clubs or the House of Blues, where more physical kinds of expression are possible from the crowd. In lieu of their standard reception chaotic push pits, the hardcore-with-a-twist band were met with fans stood in front of their seats, raising fists, and screaming along.

Frontman Keith Buckley, his brother and guitarist Jordan Buckley, and bassist Stephen Micciche didn’t let that stop them from having a good time–they made the most of the situation by running all over the huge stage, jumping off of monitors, and climbing on things wherever possible, bringing a level of energy that was unexpected for the venue (as it was not my first time seeing them, but exciting because of it.) Guitarist Andy Williams was, as always, rockin’ out in his own world, furiously down-stroking on a guitar that looked like a match-stick next to him. Fresh off of their anniversary tour where they played three songs from every album, the setlist looked a lot like an abridged version–playing at least one track from each record. Make sure to show up early and check them out.

Check out Mastodon’s video for their song “Oblivion” from Crack The Skye:

Next up Mastodon took the stage, beginning their play through of 2009’s mind-bending concept record Crack The Skye from front to back, one of the advertised draws of the tour, in the year of its 10th anniversary. The band did so, flawlessly–accompanied by a wonderful acid-fueled, tripped-out, animation following the entire narrative and performance. To say the band sounded perfect together would be an understatement, the execution of the songs on the record was flawless, and to hear them live was a magical experience.

Troy Sanders sounded great doing the Scott Kelly (Neurosis) guest spot on “Crack The Skye,” and listening to the dueling guitars of Brent Hinds Bill Kelliher towards the end of “The Last Baron” was jaw-dropping. Of course, Brann Dailor killed both his drum parts and singing duties. Closing out one of the better performances I’ve seen of the band, Mastodon finished their set with two older favorites two newer tracks, but we’ll leave those as a fun surprise.

Finally, Coheed and Cambria began–playing a very tight, lengthy set, complete with a full lighting rig and dramatic intro. Frontman Claudio Sanchez sounded great on stage, switching things up during one of the first few songs as he handed his guitar to their tech and walked around the stage with the microphone, playing more the role of the frontman. The rest of the band was tight as well, and were quite visibly having a lot of fun–especially bassist Zach Cooper, which always makes for a more fun experience.

The video for Coheed and Cambria’s “Unheavenly Creatures” is out of this world:

The set consisted of mostly newer material–the tour is the “Unheavenly” Skye tour, after all–comprised of the majority of the new record and some more recent releases. This is certainly not the tour for fans of the older records, but you all just got the IKSSE anniversary tour pretty recently anyway, so get over it. Their set too was accompanied by fantastic visuals on towering LED screens. Their massive sixteen-song set ended with the usual encore performance of “Welcome Home,” with Sanchez sporting his signature double neck Epiphone SG guitar. The Unheavenly Skye tour continues through early July, check out the remaining dates below!

every time i diehard rockhardcoremastodonmetalrock
0 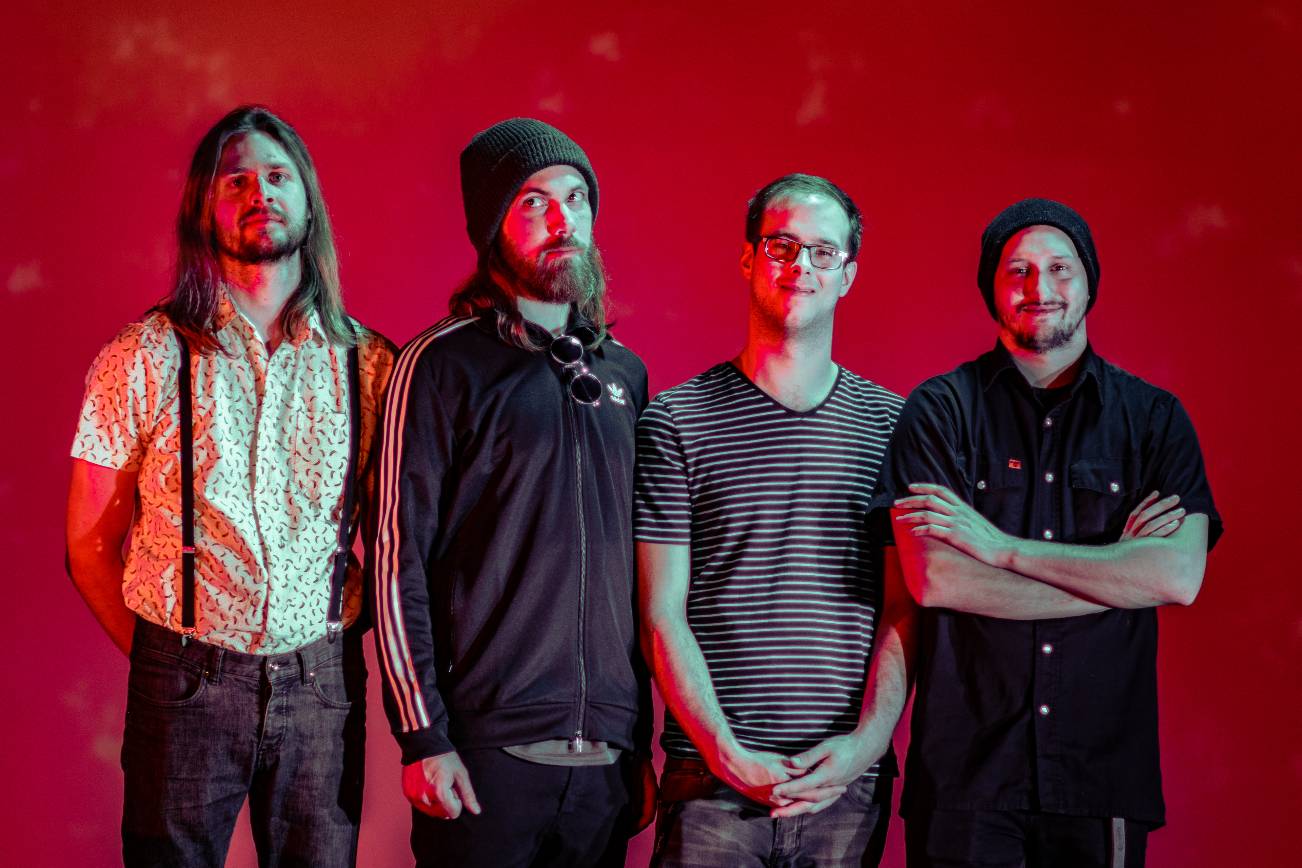 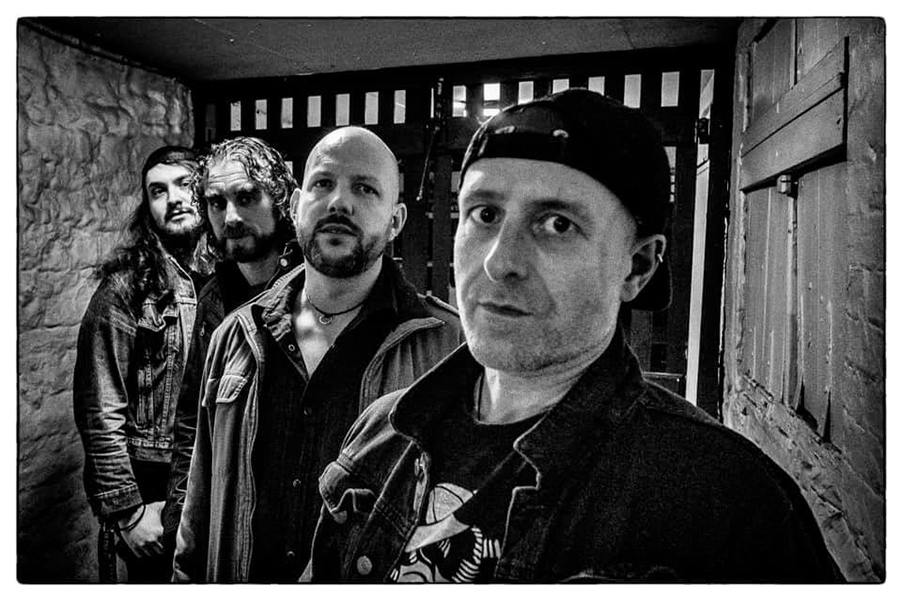