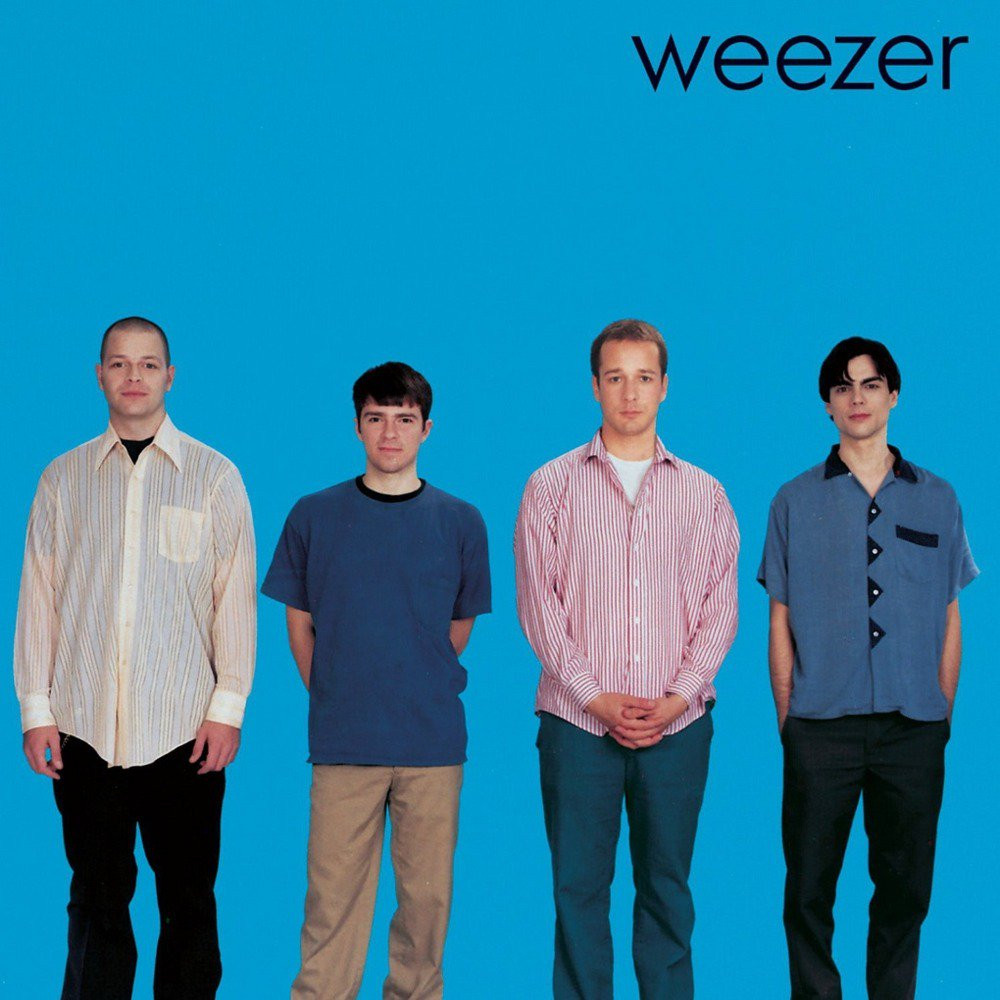 “The workers are going home! The Workers are going home!” The bold proclamation cut loud and clear through the layers of glorious guitar gunk. And for those who remember first hearing the peculiar opening sing-along, “My Name is Jonas,” when it was new, get ready — you’re about to feel a good bit older.

Best described (by me) as a stylistic collision of a vintage Volkswagen Beetle and a fender-bent Ford Probe at the intersection of Ben Orr Boulevard and Brian Wilson Avenue, the LA-based ensemble, Weezer, arrived on the global music scene just in time to help define the ‘90s alt-pop / rock era. And their eponymous landmark debut record hit stores 25 years ago this past week (May 10, 1994).

Known in many circles as “the Blue Album,” the record was smeared with the creative DNA of producer and iconic Cars co-frontman, guitarist and songwriter, Ric Ocasek. Simply put, it was a fizzy set — fun and fresh. For starters, it just sounded good. Patrick Wilson’s drums and Matt Sharp’s basslines were moist and chubby. Rivers Cuomo and Brian Bell’s guitars were HUGE. Frontman Cuomo’s vocals were unassuming, honest and pure. And his lyrics were playful, unique and often deeply personal.

The singles were hooky. The videos — instant MTV staples. While “Undone -The Sweater Song” was a dizzying, mid-tempo, grunge-flavored track, “Buddy Holly” was crisp and catchy. Fueled by the inventive Happy Days video spoof, it’s become possibly the band’s signature tune. The third video / single, “Say It Ain’t So,” combined the appeal of the two preceding hits.

But it can argued that the “hits” weren’t necessarily the cream of the 10-song crop. The guitar-driven, arena-sized breakup song, “No One Else,” is STILL simply irresistible. And the tasty contrast of harsh electric guitars fighting against fat acoustic strumming makes the Cuomo / Wilson-penned, “The World Has Turned and Left Me Here,” another of the record’s most noteworthy highlights.

Although Cuomo has since confessed, “I thought my songs were really simplistic and silly,” it’s those “silly” songs that made the record a platinum-selling, Top 20 smash, and why it remains endeared to so many fans for the last quarter century.

A shot of the Weezer brotherhood circa 1994. 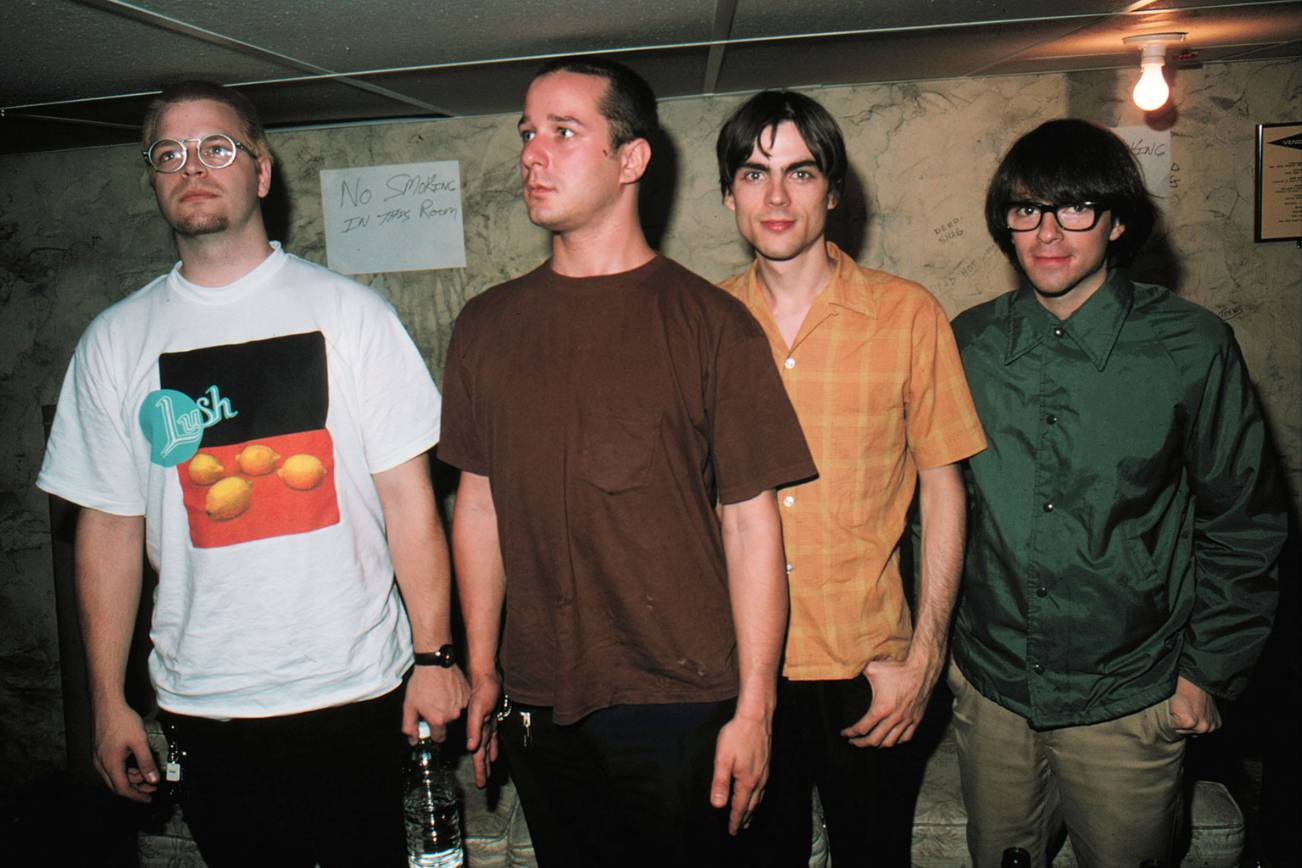 “If you want to destroy my sweater, hold this thread as I walk away.”