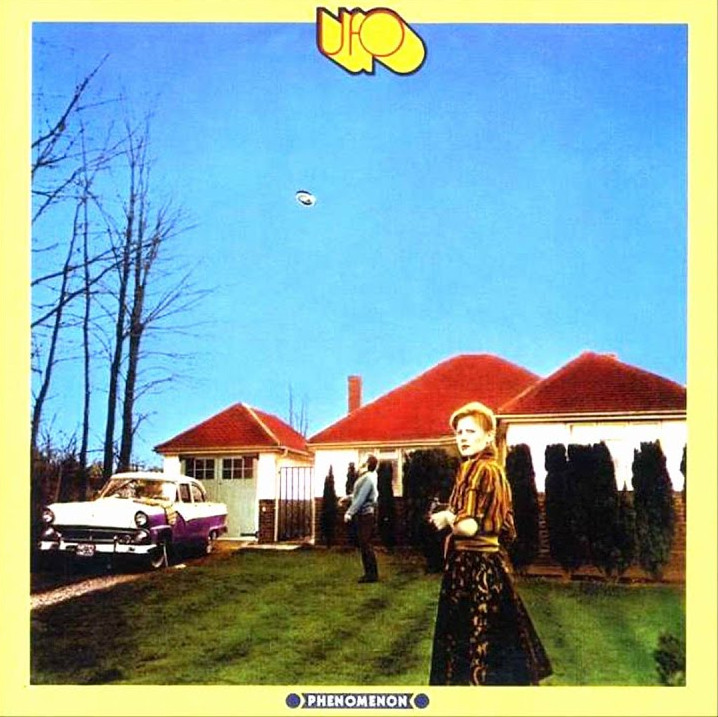 The last gasp of the peace and love movement lagging over from the late ‘60s was winding down, while the new wave of British heavy metal was just revving up. And it was during that transitional period when many of Europe’s most promising rock bands of the day were gaining notoriety — the Tulls, the Heeps, the Purps, the Lizzys and the like. It also was during that time when a fledgling progressive band from London began making its presence known on the international scene. And it was 45 years ago this month (May 1974), when UFO released one of its quintessential studio sets.

Produced by Leo Lyons, bassist for the legendary British band, Ten Years After, Phenomenon was the third record from UFO. Featuring founding members, vocalist Phil Mogg, bassist Pete Way and drummer Andy Parker, it marked the band’s debut for Chrysalis Records — the label that would release most of the iconic UFO catalog. Phenomenon also was noteworthy for being the first UFO LP to feature then-relatively unknown 19-year-old guitar ace, Michael Schenker — between his two stints with the Scorpions.

One of the most beautiful aspects of music, particularly rock music back in that day was that it was a time when music artists were afforded the freedom to be just that — artists. And although UFO would become known largely as a high-energy European metal band, Phenomenon represents a creative effort free of boundaries — a genuinely gorgeous piece of art painted with very broad brushstrokes.

There was seemingly nothing that could ever have this band hit ”Rock Bottom.”

Mogg’s vocals were honest and pure, from start to finish. Parker’s efficient, dry-sounding drum work added a certain oomph to the record’s organic feel. And Schenker and Way’s raw guitar and bass contributions were simply magical. Yet, despite the authentic classic rock sound and the heart-stopping performances, what made Phenomenon truly special was the songs themselves — most of which were penned by Mogg and Schenker.

The ten-song slab kicks off nicely with the driving early BÖC-flavored, “Too Young to Know.” While not exactly reflective of the band’s future hard rock blueprint, the melodic, acoustic-based tunes, “Crystal Light” and “Time on My Hands” are both bona fide stand-outs.

Serving up several slices of less-tasted treats, including the down and dirty, Humble Pie-style remake of the Willie Dixon classic, “Built for Comfort,” Phenomenon also is arguably best known for its two signature staples, the arena-sized, hard rockin’ “Doctor Doctor” and “Rock Bottom.”

A shot of the then-blossoming band circa 1974. 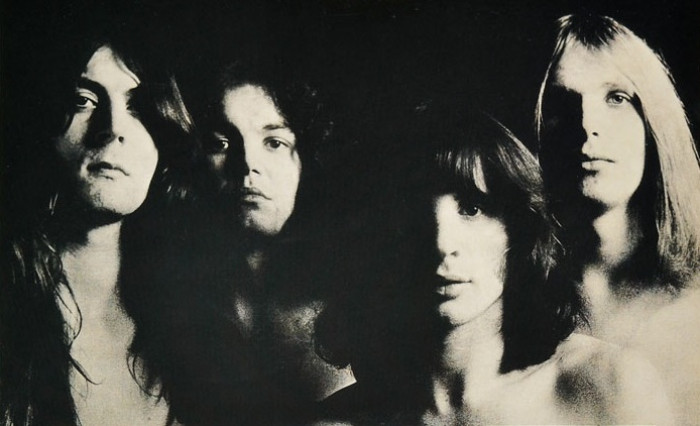 Props are also owed to Schenker for his masterful job of pinning blistering lead work to melodic acoustic riffs on “Space Child,” as well as for his emotion-filled, biting work on “Queen of the Deep”— the record-closing epic that showcases Mogg’s most passionate performance.

In sum, while UFO has produced more than 20 celebrated studio records during its impressive 50-year career, Phenomenon just might remain the band’s strongest work to date — a compelling collection that’s well worth revisiting, or discovering for the very first time.

How about we send you packing with a healthy rock injection from the “Doctor Doctor.”