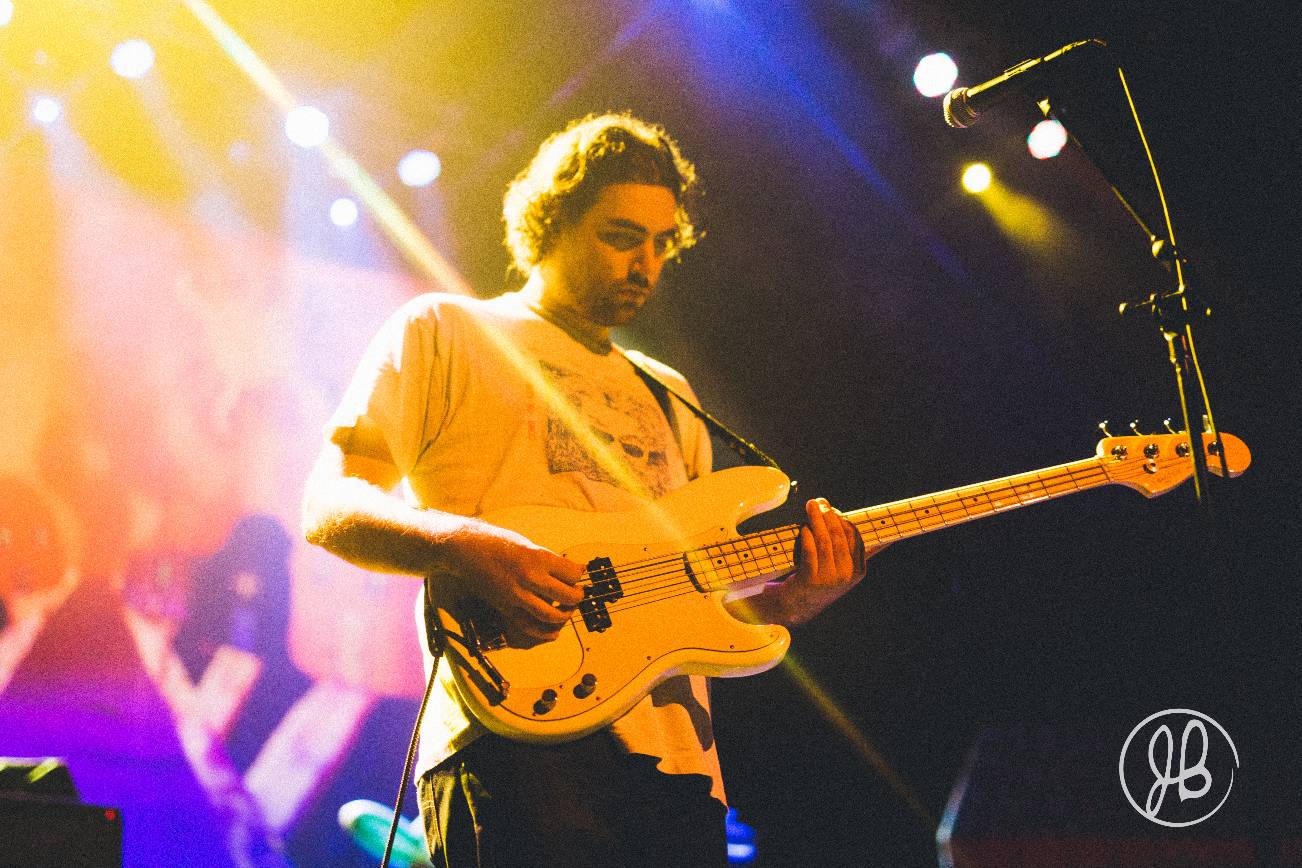 From angsty, garage-band pop-punk to melodic and groovy indie rock, Turnover has seen more growth than most bands in the underground music scene. Fans that have been around since the very start remember the infamous “Sasha,” or even their debut full-length Magnolia (2013), but it seems the group itself has officially closed those chapters for good. Since the release of Peripheral Vision (2015), Turnover have truly defined themselves as versatile musicians with plenty of stories to share.

The psychological narratives running throughout Peripheral Vision paired with such melancholy and intricate instrumentals created an uproar of support that has only grown as the band continues their musical maturation. With the release of their latest recording, Good Nature (2017), Turnover has found a sound that feels the most authentic to them. And, thankfully, we got to see them in their element during their headliner show at College Street Music Hall in New Haven, Connecticut.

This tour’s lineup was a bit out of the ordinary and yet still seemed to fit perfectly. Reptaliens opened things up with a (slightly terrifying) introduction to mindfulness by a man in alien costume. Musically, though, they were exactly what we would’ve expected Turnover to tour with, mellow indie rock with a little bit of an edge. They definitely grabbed the attention of everyone in the venue (even the confused security guards) but it wasn’t until Turnstile took over that things really got shaken up. Heavy hardcore chugs, mosh pits, and a whole lot of crowd surfers filled the scene before things mellowed back out for Turnover to take the stage.

Turnover was instrumentally and vocally on point, and the venue was so in sync that it felt as if frontman Austin Getz and the fans were all singing as one. Their production was vibrant but simple, a concept they emphasize throughout Good Nature. Balloon flowers and trees surrounded the drum kit, cartoon-styled painted houses hugged the back of the stage like a high school theater show, and a projector played an array of colorful and distorted visuals behind them. They certainly believe in the idea of “living small” and execute it well on stage.

They are not a band that relies on gimmicks or theatrics; they simply let their music speak for itself. Truthfully, we would have liked to see a bit more from the setlist as it was merely a thirteen song conglomerate of the band’s singles from Peripheral Vision and Good Nature, but they did bring back “Humblest Pleasures” from their 2016 two-track EP as well as a brand new song.

Turnover’s spring 2019 North American tour has officially made its last stop, but with the promise of new music in the near future, we’re anxious to see what the band has in store.

“Most of the Time,” or all of the time, you love this defining Turnover cut from their debut record, Magnolia.