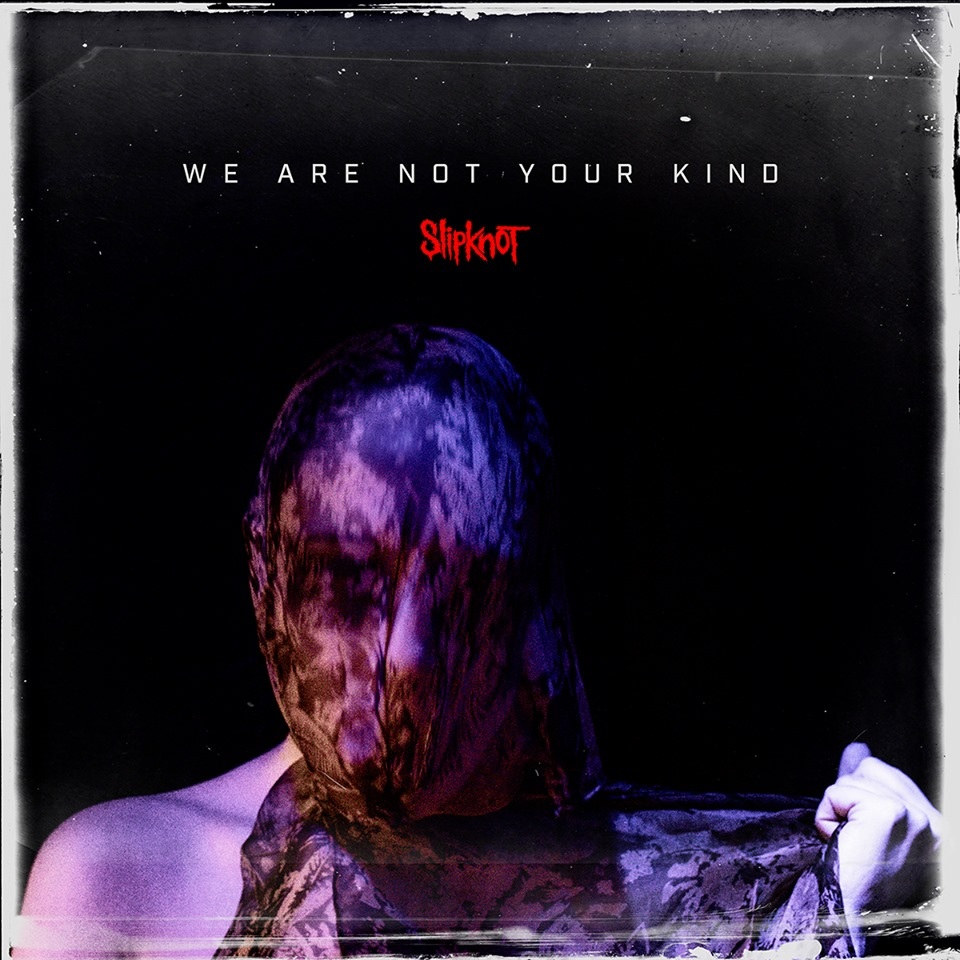 2019 has been quite an interesting year thus far. With the likes of Tool, Rammstein, and now Slipknot releasing new albums, it feels like a bit of a metal fever dream. The latter mentioned Iowa veterans, Slipknot, have just released a single off their upcoming album, We Are Not Your Kind, entitled “Unsainted.” The record will be released August 9th, and this is the first proper taste of what’s to come after a five-year break in between albums.

These days, one of the biggest comments surrounding bands, especially those who cemented themselves with standout albums in the 2000s, is the need for them to maintain their original sound. Deviation from the group’s supposed “norm” becomes automatically disliked by a lot of people. Progression and change are natural everywhere, and the most natural environment to experience this in is with music. Tastes, views, patterns, and attitudes are constantly in flux, so it’s expected for bands to take a leap into new territories.

This is how The Grey Chapter felt in many ways. 2008’s All Hope Is Gone was the last record where Slipknot dominantly sounded like the “original,” purely anger-driven Slipknot (i.e. Self-Titled, and Iowa), with its behemoth “Psychosocial” solidifying them in the hearts of the underground and mainstream alike. The blend of frantic riffs, with more accessible cleans, catchy hooks and anthemic choruses became the best tool in their kit. This was the point at which people began to really take Slipknot in all across the globe and networks, especially with the more mainstream audiences. With The Grey Chapter, an album which touched lighter waters than its predecessors, a recurring comment was that their sound just wasn’t Slipknot. In actuality, it was just a modernized version of exactly what Slipknot have been doing since their debut. This is where “Unsainted” quells those comments, however.

If you’ve only heard it but haven’t seen the video for “Unsainted” yet, well now is as good of a time as any!

“Unsainted” begins with an eerie, melodic choir chanting the main hook of the track. The video complements this with the band dressed in what looks like Batushka’s backup wardrobe. As the choir builds in intensity, Corey Taylor presents us with a taste of the catchy chorus while the rest of the band sound just as eager as the fans to unleash their new sound. Slipknot then explode in angst which seemed to be lying dormant for years, a statement that they have returned with an abundance of new-found energy. It also sounds significantly more refined and promising than The Grey Chapter, with each member, including the mystery replacement for Chris Fehn, having their individual talents showcased throughout.

The main riff screams Iowa, a pinnacle Slipknot record which is absolutely sodden in primal rage and genuine outburst. If we compare with their more modern material, for example, some from The Grey Chapter. While the sentimentality to the record is sharp, it didn’t have the same feel by a long shot. There seemed to be something missing in Slipknot themselves, and this is returning with “Unsainted;” even down to the manic tin can bashing which became oh so adored in their early material. The impression one gets looking at their discography retrospectively is that they brought themselves into the modern music era with The Grey Chapter, but have rediscovered their roots and let them flourish more in “Unsainted.” Everybody sounds refreshed, refined, and unforgiving in their return.

It seems Slipknot have cemented their modern sound which, stylistically, sits quite neatly between Iowa and The Grey Chapter. They’ve revisited their roots, pulled them up, and retained what made them the chaotic, anger-ridden monolith which initially invaded our minds all those years ago. Slipknot have not had an easy band career, to say the least. Alongside massive commercial success, their history is riddled in tragedy and lineup changes. “Unsainted” feels like their return to form after a long period of personal issues, loss, and drama.

Upon its release, Slipknot debuted the live version of “Unsainted” live on Jimmy Kimmel Live.

What the track suggests at a glance is that Slipknot have kept their mature, controlled, and modern melodies, but in a way which is more refined, and symbiotic with their older style. Corey Taylor switches from anthemic, melodic cleans to his signature raspy, explosive vocals which are reminiscent of “Before I Forget” and “Duality” in their metal/oh-so-slightly dark-pop choruses. Corey’s ‘woahs’ hook to the brain immediately, and will no doubt be a strong element of their new touring cycle. “Unsainted” is by no means perfect, the intro drags the track out a little too long and it feels somewhat safe, but as a statement and a taster for what is to come, it’s massive.

It’s quite hard to say what the rest of Slipknot’s new album will sound like, but it is absolutely safe to declare that “Unsainted” presents us with the prospect of an album full of potential. If it maintains the aggression which made them soar to the titan status they now hold and maintains the modern catchiness of The Grey Chapter, we could see Slipknot stand tall once more. “Unsainted” is a strong track for those who haven’t yet been introduced to Slipknot (fix that if you haven’t), and also the veterans who miss the balls-to-the-wall riffage in the older section of their discography.