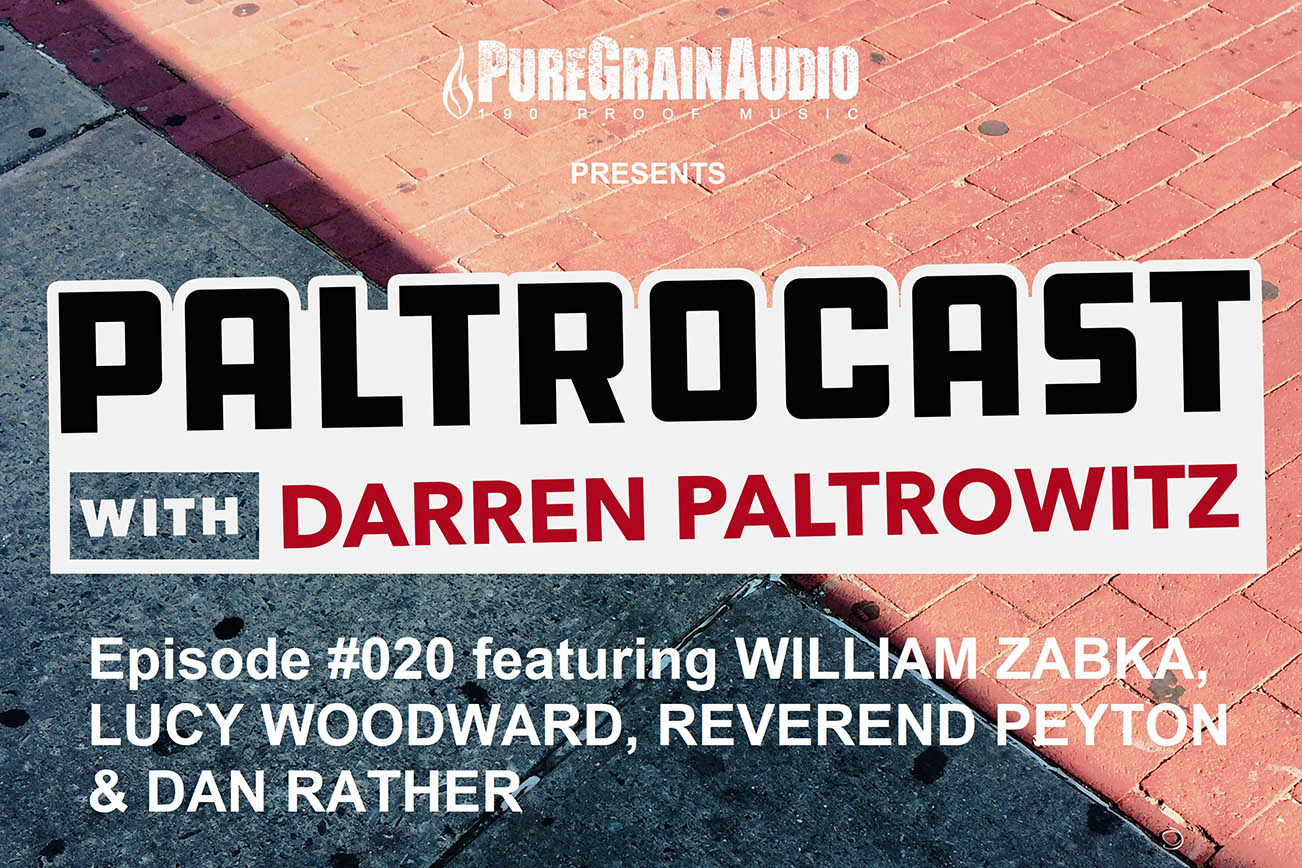 Episode #020:
– For this edition of the Paltrocast, Darren spoke with Cobra Kai star William Zabka, singer Lucy Woodward and members of The Reverend Peyton’s Big Damn Band. As a bonus, Darren asks some questions to the legendary journalist, television anchor and host Dan Rather. Points of discussion include The Tonight Show, The Karate Kid, Charlie Hunter, the Columbus Washboard Factory, fishing, music appreciation, and Clearwater, Florida.