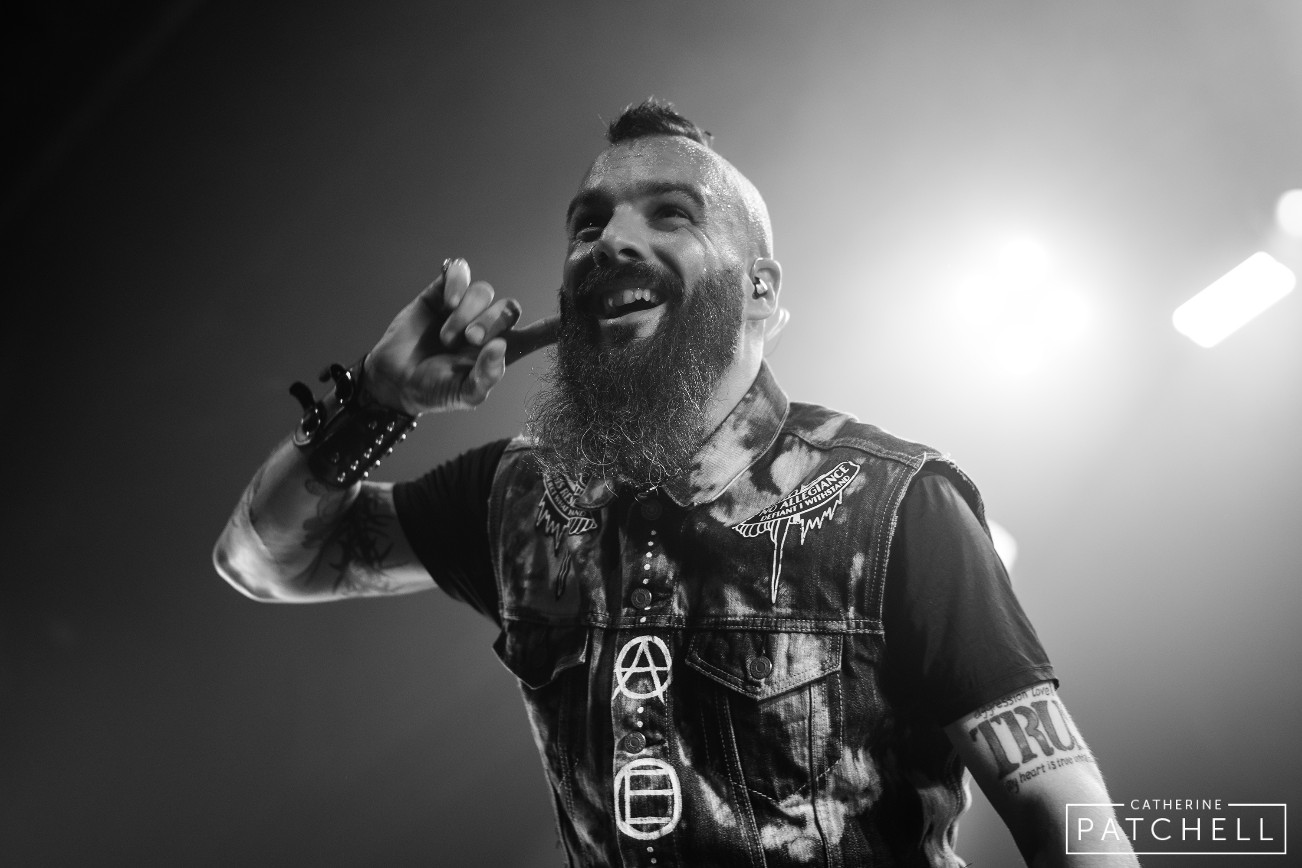 At the end of last year, Killswitch Engage and Parkway Drive announced that they would be embarking on a massive co-headlining tour in April and May 2019. Their performance that kicked off the tour at the Warfield Theatre in San Francisco, CA on April 18th proved that this is a show that you won’t want to miss. Joining these two giants to open the evening are After the Burial and Vein, both of which are out for the full “Collapse The World Tour.”

Last time Vein came through the area I wasn’t able to make it into the venue in time to catch their opening set, so I was thrilled to see them for the first time on this tour. The floor was quite full even at the start of their set, as San Francisco came out early to pack the venue. Flashes of their energy could be caught for short moments as the few stage lights in use swivelled quickly around the stage, trying to keep up with the band’s constant motion.

Taking to the stage next was After the Burial. I was shocked at the number of people that raised their hands when vocalist Anthony Notarmaso surveyed the audience to find out who was seeing his band for the first time. On the other hand, I was thrilled to know how many new ears were there to experience ATB’s energy the night before their new album Evergreen was about to hit the shelves. One of the benefits of being on the west coast is that the albums that drop at midnight on the east coast, are available at 9pm on Thursday thanks to the time zone difference. Which meant that before the evening’s show was over, the album was officially out!

Parkway Drive has been through a lot in the last couple years – you can hear it in their music and can witness it drive the power in their live performance. A single light fell onto vocalist Winston McCall as the beginning notes of “Wishing Wells” took over the room. Maybe not as eerie as the lighting of the official music video for the single, it still successfully set the tone for the set that was to come. The intensity that McCall performs with is unparalleled. He demands the crowd’s attention with the first note all the way until the last.

A heavy sheet of smoke lingered on the stage for the duration of the show. Even the high amount of movement from the pit could not increase the air circulation in the room to make the smoke dissipate. A setlist heavily drawn from their latest album, Reverence, was greeted with excitement from the crowd. The older songs like “Carrion” and “Crushed” (crowd favorites for those that are seasoned PWD fans) highlighted their wide discography and the variety they’ve created over the years.

Though those around me agreed in wishing that the set was longer, Parkway Drive brought the set to a bittersweet end with “Bottom Feeder.” The band has a busy summer of festivals coming up, so if this tour isn’t coming your way, there are still many chances to catch them. Parkway Drive is a band that no matter what size stage you put them on, they will be phenomenal.

As the smoke finally began to disappear, Killswitch Engage took to the wood to close out the evening. They dove in heavy, starting off with “This Fire” and “Rose of Sharyn.” KSE doesn’t stand still for much longer than a moment and continues to work the stage throughout each song – bringing an energy that some groups outside of this tour lack. You can be sure to bet that “My Curse” was on the setlist and was a full singalong by the audience. Then to close out the evening, they finished with none other than “Holy Diver.”

Check out Killswitch Engage’s video for the heavy single “Hate By Design.”