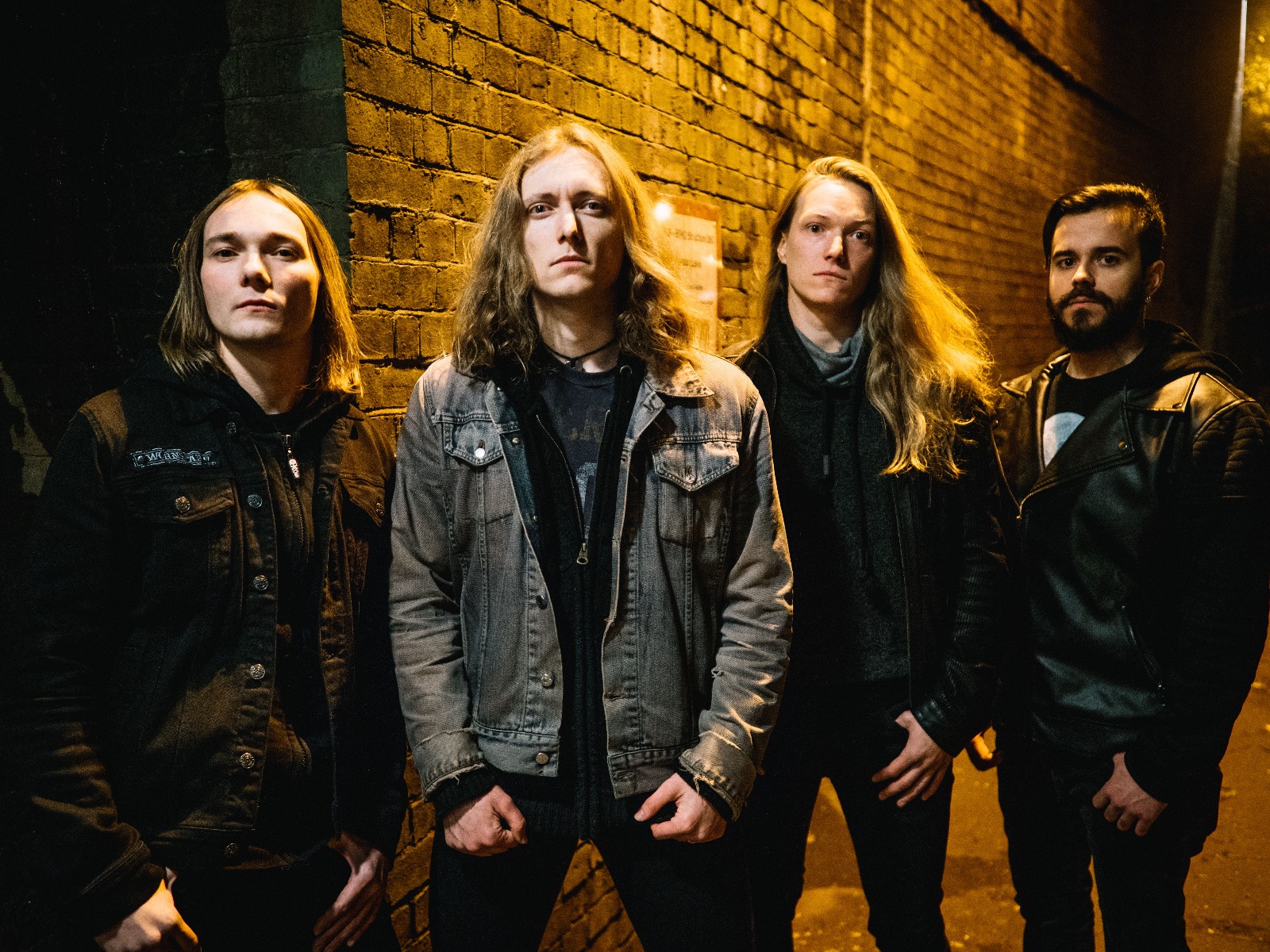 British metallers Savage Messiah are set to release their shredding new album Demons through Century Media on May 17 and are already on the road promoting it as support to Symphony X. With a relentless touring schedule ahead, we spoke to the band about life on the road, some of their favourite places to play and, of course, some of their touring stories.

1. What do you remember about your first Savage Messiah gig?
“It was at the Porter Butt in Bath – about 2 months after I’d moved to London. I remember that there was probably 20 people there, and the venue had old pictures on the wall and it was painted white. That’s about all I can really remember! A humble beginning that’s for sure.”

2.Where is your favourite place to play in the UK?
“Either London or Manchester. Manchester has always been pretty special with really passionate fans. I’m really looking forward to our show there this week.”

3.Where is your favourite place to play outside the UK?
“Probably Tokyo, similar to Manchester in the sense that from the first time we played there we forged a special bond with the audience and it’s always great to go back.”

No matter how tough life on the road is, Savage Messiah will never be “Down and Out”:

4.Do you have any particularly crazy fans that stand out at your shows?
“Well, I think crazy is the wrong word as it’s a bit disrespectful. We do have a lot of really passionate fans though which is always mind blowing when people turn up with Savage Messiah tattoos and stuff like that. We always can tell who the really hardcore fans are too as most times they’re the ones that put our self released EP in front of us for signing. That thing goes for upwards of $200 nowadays and it’s been presented to me in locations as diverse as Atlanta to Madrid.”

5.Which member of your band makes life on the road the most bearable?
“We have a new lineup actually – so it’s just me and Mira who’ve been constant for the last 5 years. Maybe that is the best answer to your question [laughs] but I have high hopes for the current lineup as everyone is very cool to hang out with and we’ve gotten off to a flying start.”

6.Is there a city or country you haven’t played in yet that you’re desperate to do a gig in?
“Maybe New York – we’ve played in the States but not made it to the Big Apple yet, although I’ve been there several times and really like it. There, and probably Moscow, I’m very interested in Russian history.”

7.Tell us one of the real horror stories from one of your gigs?
“Oh there’s been many! But I think the most nerve racking one was Hellfest Mainstage. We had a 30 minute change over – which is ample – but we were working with a new Front of House engineer who had these DI boxes set up for the amps rather than just the standard mic’ing up of a guitar cab. Well, he didn’t plug mine in and we only discovered it when I decided to check my monitors (something I don’t normally do) and I can’t hear my guitar – so I’m motioning to turn me up, and anyway the other guitar keeps getting louder so I’m like “No!! Wrong guitar!!” And then the Monitor guy suddenly goes “I’m not getting any signal for you!”. So there was all kinds of panicked talking in French going on trying to figure this out as the clock is running down to stage time. All this is going on btw whilst roughly 45,000 people have gathered in front of the stage.”

“Suddenly the stage manager goes “5 minutes until stage” – and there’s none of my guitar in the PA. Then the stage hand discovered the unplugged DI box and it’s nearly problem solved – except I have no idea on the wiring – and the FOH is trying to explain it – but the sound desk isn’t exactly very close to the stage at those major festivals. With 3 minutes to go he says “switch to a mic” and we did – I played a riff and it came roaring out of the PA and the gig went off without a hitch and was a great show. But to be honest, those 5 minutes nearly killed me!”

Savage Messiah are “Under No Illusions” that life on the road is tough:

8.What essential items can’t you live without on the road?
“To be honest I’m pretty frugal on the road and I just get on with it. We’ve toured quite a lot and you learn early on that less is more. You can always spot a band who’ve never toured before when they turn up with suitcases of stuff…you learn quickly that it’s just a pain in the ass bringing loads of stuff with you. So I’m like a real troubadour – hit the road with the clothes on my back and my stage clothes and so long as the gear is packed I don’t need anything else, and everything else is just a bonus.”

9.Which of your songs do you personally most like playing live?
“Any new songs from our new album are just ridiculously good fun to play live – so I’m really excited about touring this record.”

10.Finally, what are your touring plans for the rest of 2019?
“We’re touring all May and into June in Europe opening for Symphony X, then summer festivals. In October we head over to Japan again, then off to Australia and hopefully we’ll be on another EU support tour for the end of the year, that’s pending confirmation – but if not that – I’m sure we’ll be doing something.”

Savage Messiah’s new album, Demons, is released on May 17, 2019 through Century Media and you can pre-order your copy here. 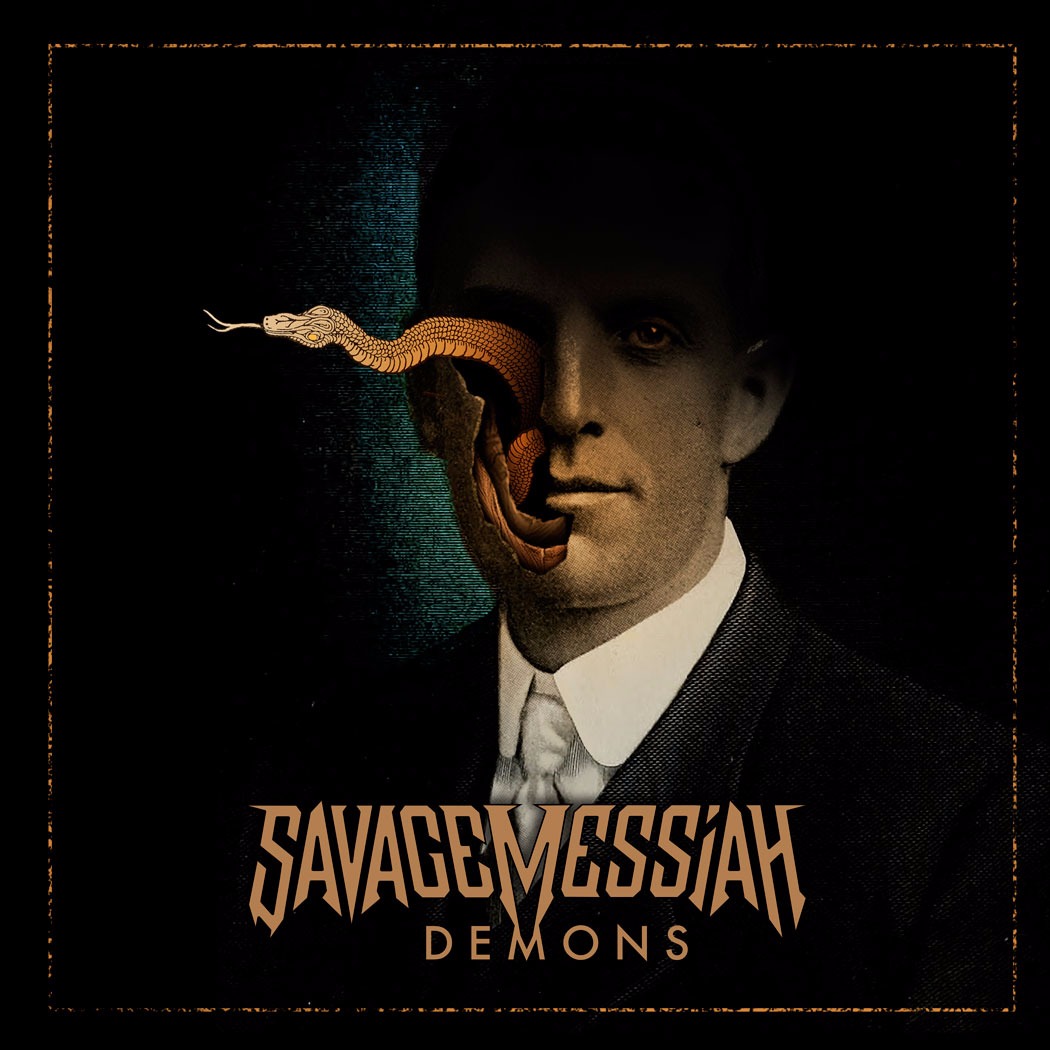