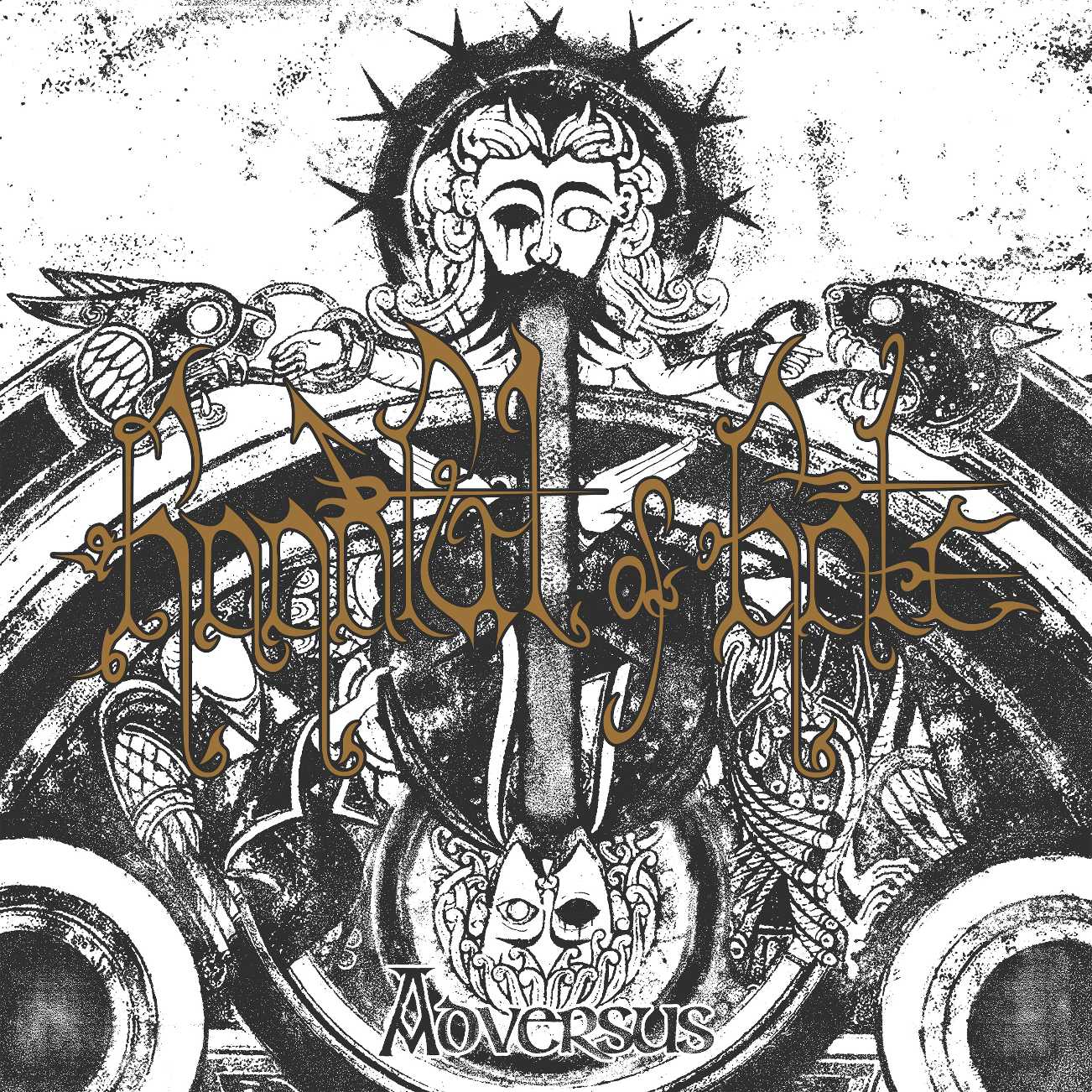 When listening to any long-running band, like Italy’s Handful of Hate, it is always a challenge not to compare what you are hearing with a prior body of work. In the case of Adversus, the seventh full-length offering; however, I found myself drawing more external comparisons than internal ones. At first the baroque flourishes and multilayered sense of bombast felt a touch derivative (Fleshgod Apocalypse-like, even), but the sense of history hit home and righted my perception: it’s more likely that newer, more prolific acts are the ones guilty of appropriation, considering the 26 years that Handful of Hate has been active.

The album itself is one of incidental highlights: while the whole is an entirely acceptable example of fast, aggressive black metal, minor touches – even trivialities – stand out as defining characteristics that give Adversus (some pre-order options here) its own character and make it memorable. Sudden shifts in pace and tone, along with the previously mentioned flourishes – Vivaldi-an touches that seem unnecessary at first but rapidly become essential in the overall ensemble – typify songs like “Carved in Disharmony (Void and Essence)” and “Celebrate Consume … Burn!”. Contrastingly, cuts like “Severed and Reversed (Feudal Attitude)” or “Down Lower (Men and Ruins)” both conjure a nostalgic response to Grand Magus Caligula-era Dark Funeral in their straightforward, guitar-led (ripping leads included) arrangements – a tactic well-used by another up-and-coming Italian act, Voltumna, begging the question of how much influence Handful of Hate play on the new generation.

An example of the energy Handful of Hate still bring to the stage after more than a quarter of a century.

In general terms, though, what sets this album apart are not the unexpected aural quirks, but its straightforward, no-nonsense approach. Adversus is not showy, overly theatrical or built around some genre-bending progressiveness – Handful of Hate make straightforward black metal and on this album that’s precisely what they achieve. Despite relying on none of the above-mentioned gimmicks, this is a mature band, confident in what they do and presenting it in precisely the format they are most comfortable with: hate-filled, blasphemous, fast and technical black metal. “Thorns to Redemption (Gemendo Germinat)” is possibly the best showcase of this on the album, with its multiple moods, convincing atmospheres and impressive musicianship – and the best range of vocal styles on the album, from ritual chants to drawn-out, grief-stricken wails and, of course, the prerequisite growling barks vocalist Nicola Bianchi has become known for.

One criticism would be the reliance on fade-outs: where the majority of tracks on Adversusend abruptly and violently (entirely appropriately, too) the studio trickery of fading audio out never quite sits right in extreme metal, especially from a band with an established live presence.

A recent promo shot of the black metal mench in this dark, Italian band. 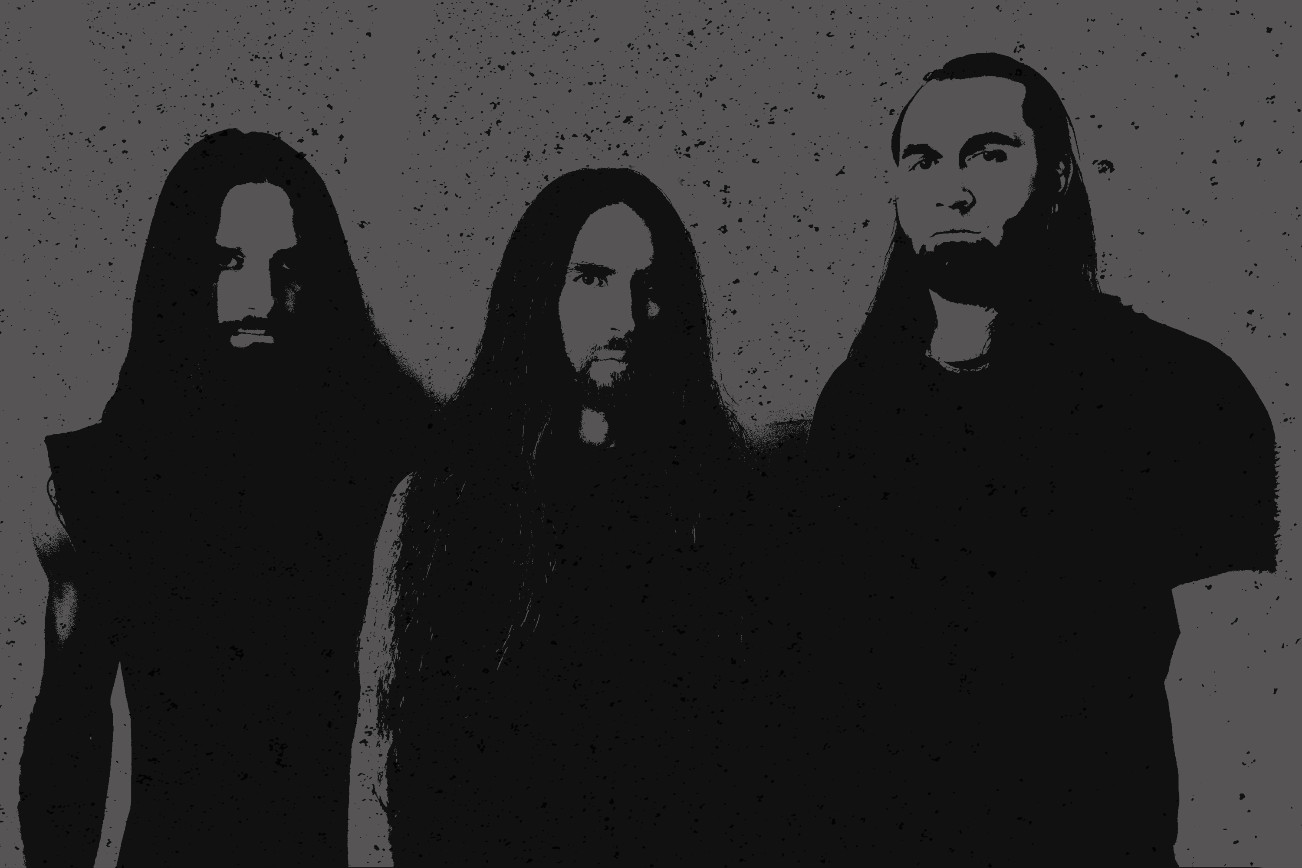 The overall impression Adversus leaves is one of a black metal history lesson: Handful of Hate draw on their long existence and still manage to make their own mark through individual touches. The album begins with the sounds of marching infantry, “An Eagle Upon My Shield (Veteris Vestigia Flammae,” and ends “Icons with Devoured Faces” with a claustrophobic crescendo that blurs into an explosion of static: a scathing snapshot of human existence wherein we fight, we die and eventually go extinct. The message is clear and the delivery is uncompromising – exactly as black metal should be – and thus making the end result not one of innovation theatre, but of authentic self-expression.

01. An Eagle Upon My Shield (Veteris Vestigia Flammae)
02. Before Me (The Womb of Spite)
03. Carved in Disharmony (Void and Essence)
04. Severed and Reversed (Feudal Attitude)
05. Down Lower (Men and Ruins)
06. Celebrate Consume… Burn!
07. Toward the Fallen Ones (Psalms to Discontinuity)
08. Thorns to Redemption (Gemendo Germinat)
09. Idols to Hung
10. Icons with Devoured Faces