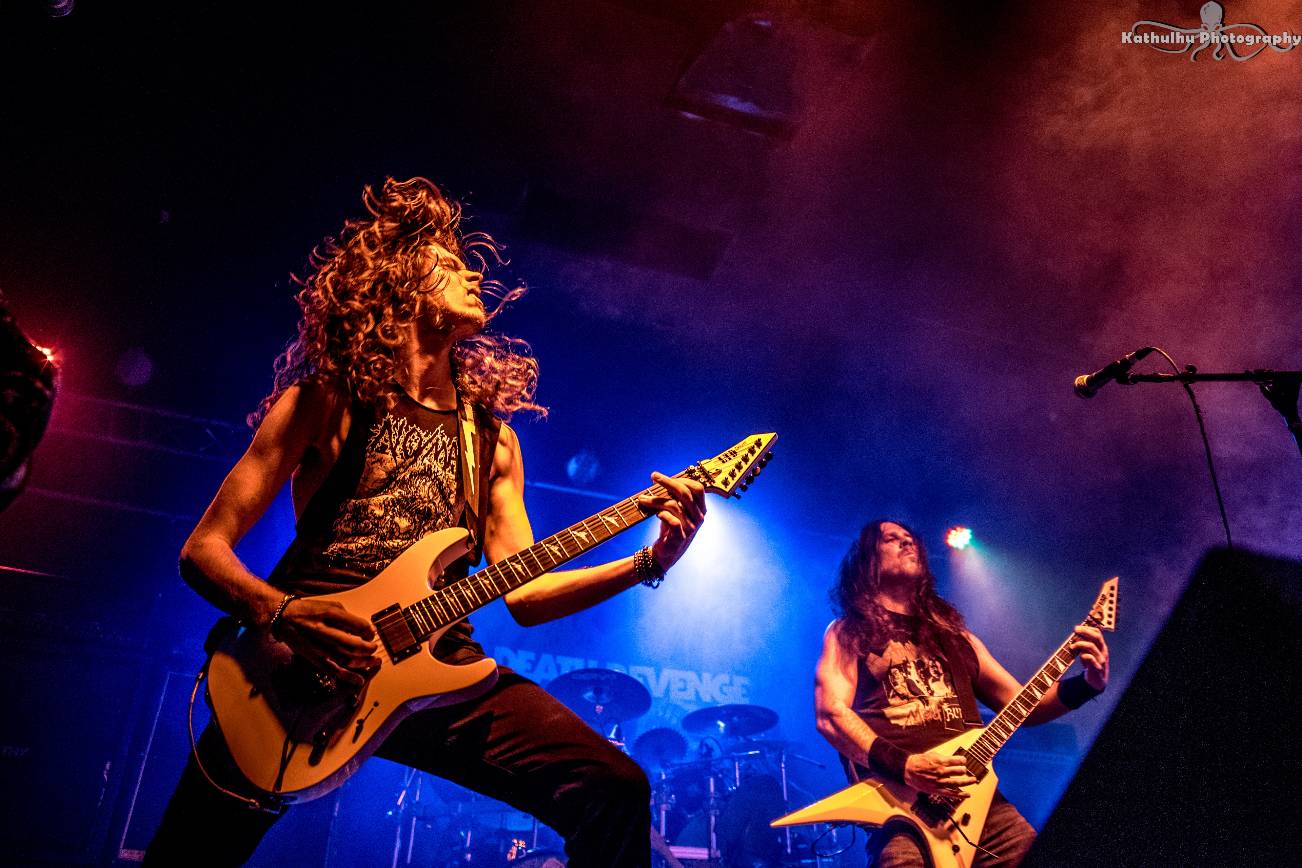 If you like spicy food and death metal, you’re in for a treat: “Forged in Fire.” Exhumed has teamed up with Hella Hot Sauce for this capsaicin collaboration which will flavor your food and burn your face off. To promote this spicy goodness, the band embarked on a West Coast tour. We caught the show at Club Red in Mesa, AZ where they prepared a special sandwich just for the event: “The Cadaveric Splatter Platter.” Forged in Fire is actually quite tasty with good flavor up front and a slow burn that gradually builds into a mouth fire. It’s hot, but not too hot. You can purchase it online here.

Opening the show was Phoenix local favorite, thrash band SaintBreaker. SaintBreaker always performs with an exuberance that makes their stage performances really stand out amongst other band in the local scene. Their onstage energy incited the audience into a frenzy. They are definitely a band to keep an eye on for the future.

Next up was Lago, an Arizona death metal band with an international following. Lago’s music has a lot of depth and none of that was lost in the live performance. They intricately layer guitars with blast beats and booming vocal growls. Their latest album, Sea if Duress, is available on Unique Leader Records so check it out!

To cap off a spicy night of metal and deliciousness, California’s deathgrind deviants, Exhumed took the stage. Their set was as brutal and entertaining as ever, with the chainsaw-wielding antics of their faithful mascot, Dr. Philthy. They dug deep and played a good mix of older material as well as newer tracks. Of course, Dr. Philthy stole the show, coming out with a sparking guitar while Sebastian Philips and Matt Harvey played guitar solos.

Death Revenge was released on October 13, 2018, through Relapse Records. 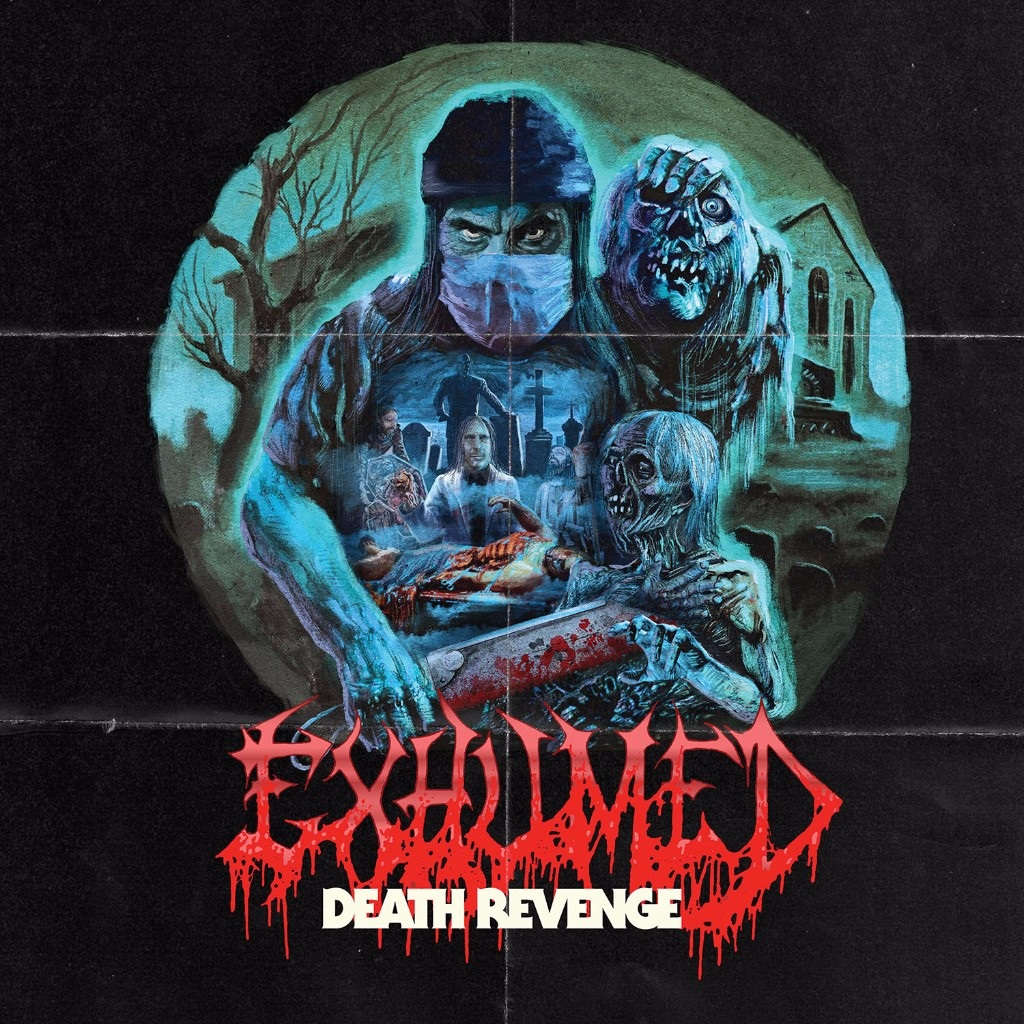