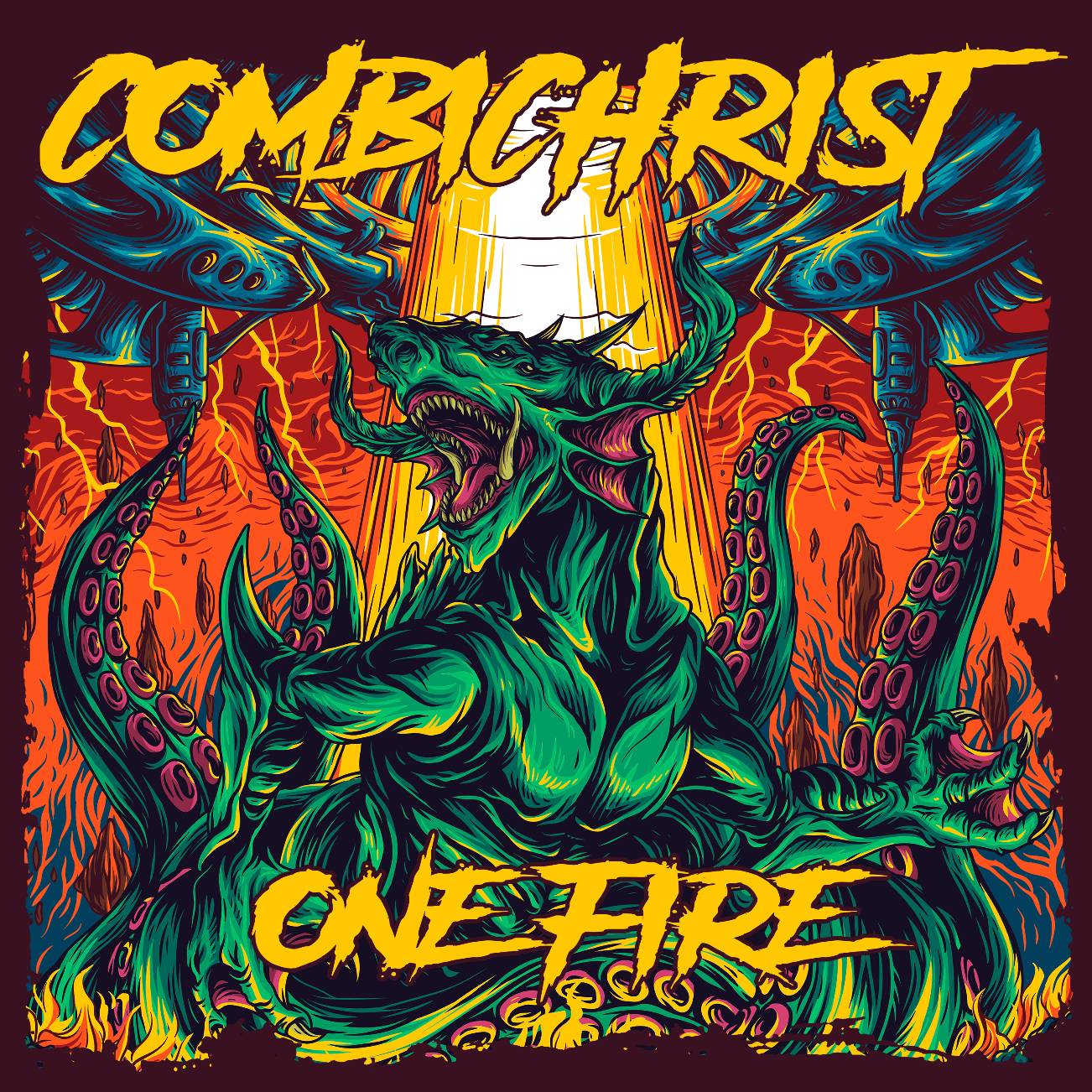 Back in the first half of the 2000s, Combichrist completely changed my perception of the industrial landscape: “This Shit Will Fuck You Up,” off the 2004 Everybody Hates You album was such a perfect antithesis to the over-saturated EDM jingles dominating mainstream radio and, as such, such an apt expression of the dissatisfaction with the status quo and general malaise of nihilism that has always made the genre such a breeding ground for malcontents – an impression reinforced by the sampled interview this new album’s “Intro” kicks off with – and bleeds straight through into the first single, “Hate Like Me.”

Fast forward fifteen years and it’s safe to say that frontman Andy LaPlegua’s rage is still firmly in place – years of living in America (rather than his native Norway) and distance from his darkwave/futurepop roots (Icon of Coil, his first solo act, was formed in 1997) have not mellowed the Combichrist sound, but it has been tempered with metal guitars, abstract breakbeat and drum-n-bass percussive patterns and a far more varied vocal palette. One Fire, his latest release – the ninth he has released under the Combichrist moniker – combines these influences in what is undeniably a Combichrist record – but the introspective melancholia that suffuses the album speaks more to his Panzer AG years. The industrial rock aspect of the album, rather than the straight up aggrotech electro of prior releases, further reinforces this impression. “Bottle of Pain,” especially, with its sampled string section, could easily fit in on 2004’s This is My Battlefield.

The introverted touch does, however, make it an appropriate addition to the industrial hall of fame: personal demons, addictions, mental health, isolation… these are all issues that the genre has historically confronted and Combichrist’s outspoken and confrontational approach to this are entirely in keeping with this attitude. This is particularly well illustrated in the call-and-answer vocals of the title track and the no-nonsense lyrical content of “Lobotomy,” or even in the fire-at-will “Guns at Last Night,” which also features a guest appearance by Fear Factory’s Burton C. Bell. The first official music video, “Understand,” gorgeously combines science fiction, oil drum percussion and questions of perceived reality in a dystopian, drug-fuelled paradigm – all staples in the industrial arsenal, and all effectively brought together in one holistic performance piece.

My personal favourite on One Fire (find pre-order options here) – mostly for the nostalgia it evinces – is “2045”: it combines sampled audio with the best-realised meshing of metal and electro on the album – and the most typically Combichrist sound on the record, reminiscent of old club hits like “God Bless” and “Joy to the World,” from the Everybody Hates You (2004) and Joy of Gunz (2003) albums respectively.

Do you even “Understand” how rad Combichrist is, Bruh?

Two other tracks deserve special mention, too: the Combichrist treatment given to the Dead Kennedys classic, “California Uber Alles” is as tongue-in-cheek as ever and the electro edge suffusing the punk rock anthem make for a contemporary revisiting of a theme that’s just as relevant as it was in 1978 – and as appropriate in the industrial paradigm as it was in punk, with its scorn and derision for the far-far-left, over-liberal political stereotype still associated with California. Next up, “Last Days Under the Sun,” sees LaPlegua’s no-holds-barred aggrotech tempered by the influence of collaborator Daniel Myer from Haujobb, bringing a cleaner, more ambient texture to Combichrist – providing a melancholic, rather than aggressive, low note. This is also the longest song on the album, with the greatest tonal range and dynamic, and as a result an absolute pleasure to listen to. More groove-oriented than rhythmic, it’s nevertheless destined for club classic status.

The limited edition record also ships with a remix disc, featuring versions of One Fire songs by the likes of Solar Fake, Gigantor and Fear Factory. Additionally, following Combichrist’s success in scoring games like Devil May Cry, the original soundtrack for the Viking-themed game Hellblade is also included – a more cinematic, atmospheric side of LaPlegua, but an engaging one nevertheless.

Check out the official trailer for PS4’s Hellblade: Senua’s Sacrifice:

The timing of this release is actually well-planned: following Rammstein’s eponymous release in late May – to mixed reviews – Combichrist could well ride the German powerhouse’s coattails, filling the void with a more confrontational, aggressive offering; despite the personal nature of the album’s themes, their delivery is ballsy, uncompromising and a great showcase of Combichrist’s evolution.