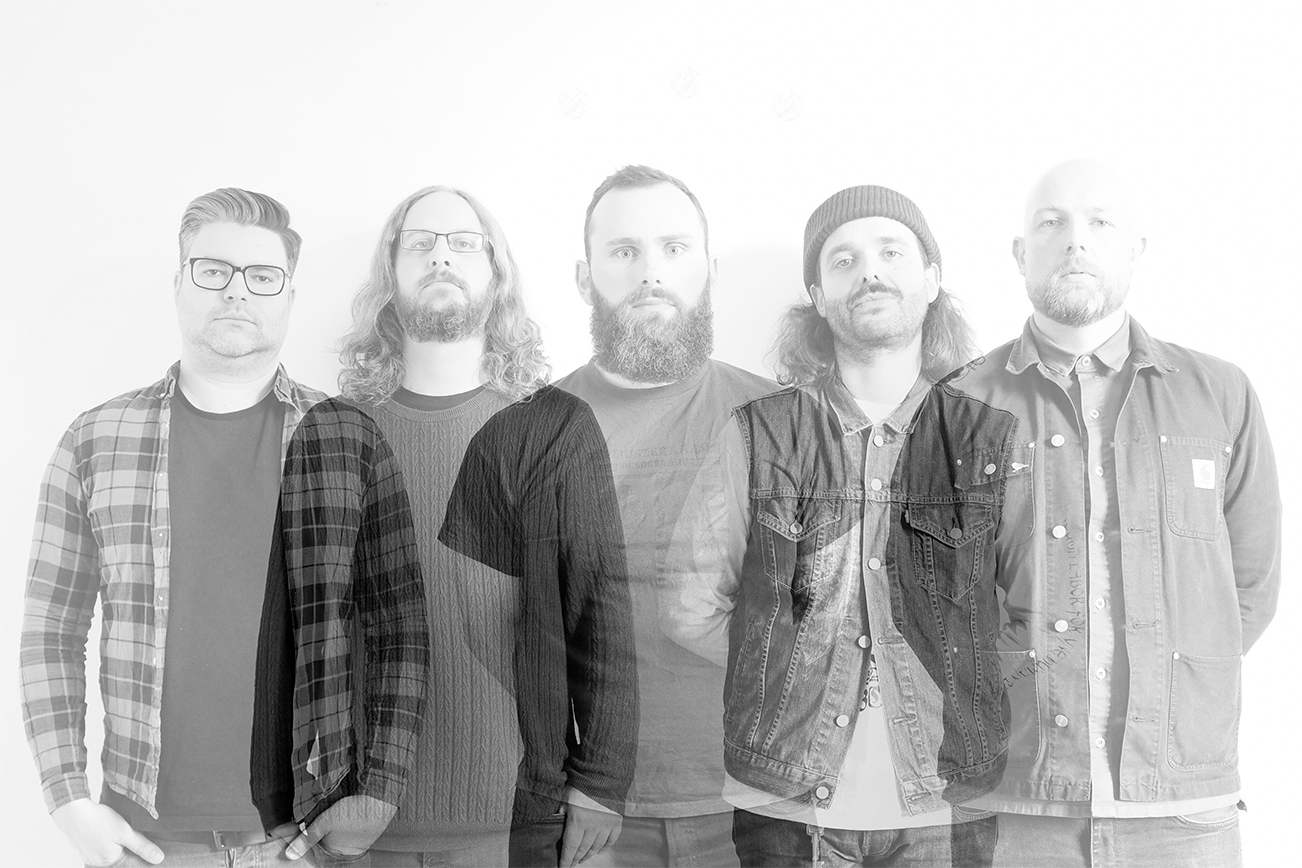 If you’re a fan of bands like Mastodon, King Crimson or Neurosis then we reckon you should point your ears towards the progressive sounds of Latitudes and their new album Part Island which came out through Debemur Morti Productions on April 5, 2019.

To find out more about the influences behind Latitudes sound, we spoke to the band who picked some of the albums that they drew inspiration from during the writing of Part Island.

Check out Latitudes video for “Moorland Is The Sea”:

1. Midlake – The Trials of Van Occupanther (Bella Union, 2006)
– An all-time favourite album of our vocalist Adam, this is a perfectly constructed collection of beautifully nostalgic hook-ridden songs. Rich with tonal authenticity, each track has a joyous melancholy, weaving great comfort blankets from the musical touchstones of our childhoods by channelling ‘70s West Coast American Folk Rock a la Crosby, Stills and Nash, mid-period Fleetwood Mac, the rawest elements of early Steely Dan, and an obvious love for classic UK folk bands like Pentangle and Fairport Convention. Almost old before his time, there’s worldly resignation in singer Tim Smith’s voice and words.

Although we wanted to let the natural timbre of Adam’s voice breathe on Part Island, where we did use backing vocals, the warm, sweeping, layered harmonies used throughout this record were forefront in our minds. We also noted the richness created throughout “…Van Occupanther” from the use of piano and synth and the fact this conceptual, addictive record gets sequentially sadder from song to song.

2. Fluisteraars – Luwte (Eisenwald, 2015)
– It’s long been evident in our music that a few band-members listen to extreme metal as much as anything else. This great record of “windswept black metal” conjures so much natural imagery using a basic instrumental set up of guitar, bass and drums through the sheer weight of majestic chord-work and melodies.

Fluisteraars are almost a figurehead for the amazing Dutch black metal scene centered around the Haeresis Noviomagi label – Solar Temple, Turia, Iskandr, Nusquama – a group of bands that use emotive trance-like chord progressions, but never saccharine, never too close to post-rock, never obsessed with crescendos. These bands have a few toes in post-hardcore and the rawness of punk, and seem influenced by recent USBM that also grew out of those genres, like Fell Voices, Yellow Eyes and Ash Borer. All these elements and artists resonate strongly with us, most evidently in the tremolo riffs brought into Part Island by our guitar players Adam and Tim.

3. Nils Frahm – Felt (Erased Tapes, 2011)
– The record’s title refers to the material Frahm used to dampen his piano strings, and his influence upon us is also hugely textural. This gorgeous record uses closely recorded piano recordings via a mic placed inside the instrument’s body, electronic processing and sound sculpture to create rich headphone music for contemplation. We intended to use additional organic instrumentation, including piano, from day one of the album writing sessions and intend to take this much further in future.

4. This Mortal Coil – It’ll End in Tears (4AD, 1984)
– A 4AD Records “super group” – including members of Cocteau Twins, Dead Can Dance and Magazine – that produced 3 brilliantly gothic albums of orchestrated post-punk cover-versions of neglected tracks by artists such as Tim Buckley, Roy Harper and Big Star, in addition to some atmosphere-drenched instrumental originals. It’ll End in Tears captures all my favourite things about the 1980s in one diverse record: the imagery, the aura, the dream-like cinematic feel, the sadness in nostalgia. My slightly bleak lyrical contributions to Part Island take root in albums such as this.

5. Jackson C. Frank – Jackson C. Frank (Columbia, 1965)
– Over the years I’d heard cover versions of his songs from folk musicians like Nick Drake and Bert Jansch, but due to his most famous song “Blues Run The Game” I’d mistakenly presumed Frank was a trad bluesman and not thought to investigate further. Randomly stumbling upon this album on YouTube a couple of years back, I became completely hooked on the depth of feeling in these songs, the unbelievable power in his pared-down acoustic guitar and vocal. We attempted to push a similar intimate starkness into Part Island from the very beginning of writing sessions.

This guy had been through a lot: as a child he was permanently disfigured by a fire at his school in which his “first love” Marlene also died. He had subsequent issues with mental health – I read he was so nervous in the studio with producer Paul Simon he asked that a box be built around him before he could play. I probably love the bonus tracks at the end of the CD version – recorded a few years later in the midst of mental decline – as much as the original record itself.

6. Katatonia – Tonight’s Decision (Peaceville, 1999)
– This band are a long-running example of how metal-rooted bands sometimes evolve into more unique songwriters by using outside influence. Around the album release, Katatonia cited the work of artists such as Jeff Buckley, Bonnie ‘Prince’ Billy, Red House Painters and Slowdive as being essential to the widening of their music. A few of us love these albums of the band’s mid-period, where they pursued heavy in a different and more nakedly emotive way, crafting dark hooky songs of pure melancholy while still connected to the underground metal scene.

7. Nick Cave & The Bad Seeds – Skeleton Tree (Mute, 2016)
– Another album of pure emotional honesty. Nick Cave has never been afraid to confront negative feelings in his extraordinary lyrics, and during the making of this record, his 15 year old son died accidentally in a cliff fall. Although many songs were written prior to this tragedy, there is no denying that every vocal line on this record stems from that place of despair, every lyric seems imbued with import, and every chord progression means so much.

The album making-of documentary “One More Time with Feeling” – released as a means for Cave (who did not want to speak to journalists) to let the world into the heartbreak of his family and band – was almost equally influential. Watching footage of Cave and Warren Ellis jamming out gold with just piano and synth helped inspired us to use analogue synths like the Dave Smith Prophet and Juno 106 throughout Part Island.

8. Loss – Horizonless (Profound Lore, 2017)
– Although we’re maybe closer aligned with doom bands that are more vocally accessible, like YOB and Pallbearer, this recent album of deathly dejection helped shape some of the more monolithic riffing featured throughout Part Island. This is widescreen funeral doom that sometimes revolves into black metal – we could have easily included the latest records by Un or Lycus instead, but this one just nails the despondency so well.

Favourite Track: “All Grows On Tears”

9. Gravenhurst – Flashlight Seasons (Warp, 2004)
– A singer-guitarist-songwriter who came to our original attention when he signed as an anomaly to legendary electronic label Warp records. Nick Talbot had an amazingly pure voice and a lyrical violence masked by folk-rooted intimations of musical placidity. His acoustic playing and singing are big influences on our vocalist Adam. Sadly Talbot died in 2014 at the age of 37. I started re-reading his blog after he died, just as I did the “K-Punk” blog of the late cultural critic/political theorist Mark Fisher after his death in 2017. It’s an unbelievably sad modern phenomena, looking over the internet musings of someone who has passed away, a diary they so wanted to share, the weighted hanging significance of that final post.

10. The Cure – Disintegration (Fiction, 1989)
– I first heard this album in 1992, given a tape copy by an older ‘Goth’ friend whilst in the midst of grunge obsession, and for me it is remains one of the deepest albums of all time. The last third of this album is in my opinion unsurpassed and these songs were influential upon my contribution to Part Island because these songs are always there. A record of dissolution that has hallucinogenics woven into the fabric of its sound, the product of band-members on different pages who come together to rise above the tensions of unknowing, the sense of relationships ending and new beginnings.

Favourite Track: “The Same Deep Waters As You”

Part Island is out now so, if you want to pick up your copy, then click here. 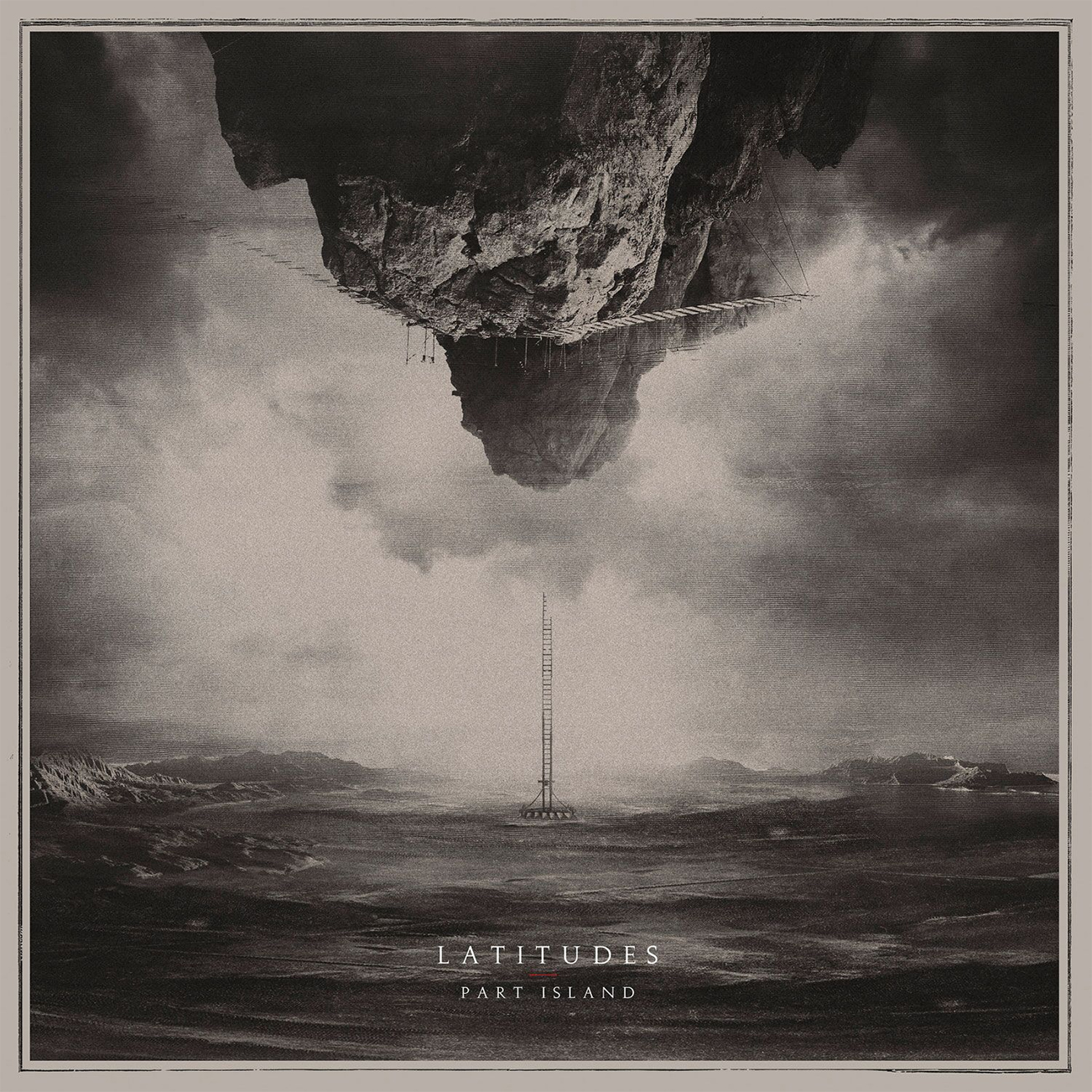