Change is both difficult and inevitable. If life hasn’t thrown you some sort of curveball, you’re either very lucky or very in denial. Most bands end up tinkering with their lineups over the course of years in search of that optimum blend of people who love playing with one another and are able to stand to be the same room. The difficult and inevitable change of lineup alterations is something every group from the biggest stadium acts through to the noisemakers in that moldy garage at the end of the street deal with, though when a band’s vocalist/frontperson is replaced, that modification makes everything much more challenging and transformative.

After Colorado’s Call of the Void released 2015’s Ageless, vocalist Steve Vanica handed in his resignation. As devastating as that was, the grind/crust/sludge metal/hardcore-punk band found Vanica’s departure to be just one in a series of personal and professional setbacks, as you’ll soon see. There was a regrouping period in which guitarist Patrick Alberts added lead singer to his list of duties and breathed new life into the act, the culmination of which is their latest and greatest album, Buried in Light (pre-order it here from Translation Loss).

The album reeks of the heaviness and panache the group has displayed over the course of three full-lengths, but it’s obstinately delivered with a maturity that has come both with natural experience and been thrust upon them. We caught up with Alberts (and he would like to point out he was on time and wasn’t high) to discuss the turbulence of the past few years, how he and his bandmates overcame dark days, and why the real difficulty is going to be killing Call of the Void.

The song “Living Ruins” is the type of sound you can expect from Call of The Void’s new record Buried In Light.

I know it’s been a couple of years, but what precipitated your move to Translation Loss from Relapse I know there’s a close relationship between the two labels via Drew Juergens, who both works at Relapse and runs Translation Loss, but how did you end up on TL?
Patrick Alberts: We were originally in talks with Drew and Translation Loss for the first record. After our first chat, he informed me that he had pitched us to Relapse. A few days later, they signed us without us ever setting the foot on the road. It was a dream come true. We put out two LPs with Relapse and an EP with Translation Loss.

Once we informed Relapse we had booked studio time for the third LP, they informed us that they weren’t interested in putting it out. It left us crushed. I felt the label drop coming though. Drew has believed in us since day one, so he was more than happy to put out the new record. Our partnership with him means a lot to us.

Another “old news question;” You were a quintet on Ageless, but how long have you been a quartet and was your adjusting to taking over vocals and playing at the same time difficult?
Alberts: The Ageless period for us was a dark time. Steve, our ex-singer, decided life on the road was not for him anymore. The split was mutual but set us back big time. It’s always weird to see a band with a new singer, but since I was the original singer of the band we felt it was best to have me fill that gap. It took a while to adjust on the road and find my voice, but in hindsight, I wish it would have been me from the start. Then, after doing one of the worst tours we have ever been on, our second guitar player packed up and left the band and our then booking agent quit. We had to start over.

Call of the Void’s third full-length record, Buried In Light will be released on May 15th, through Translation Loss Records. 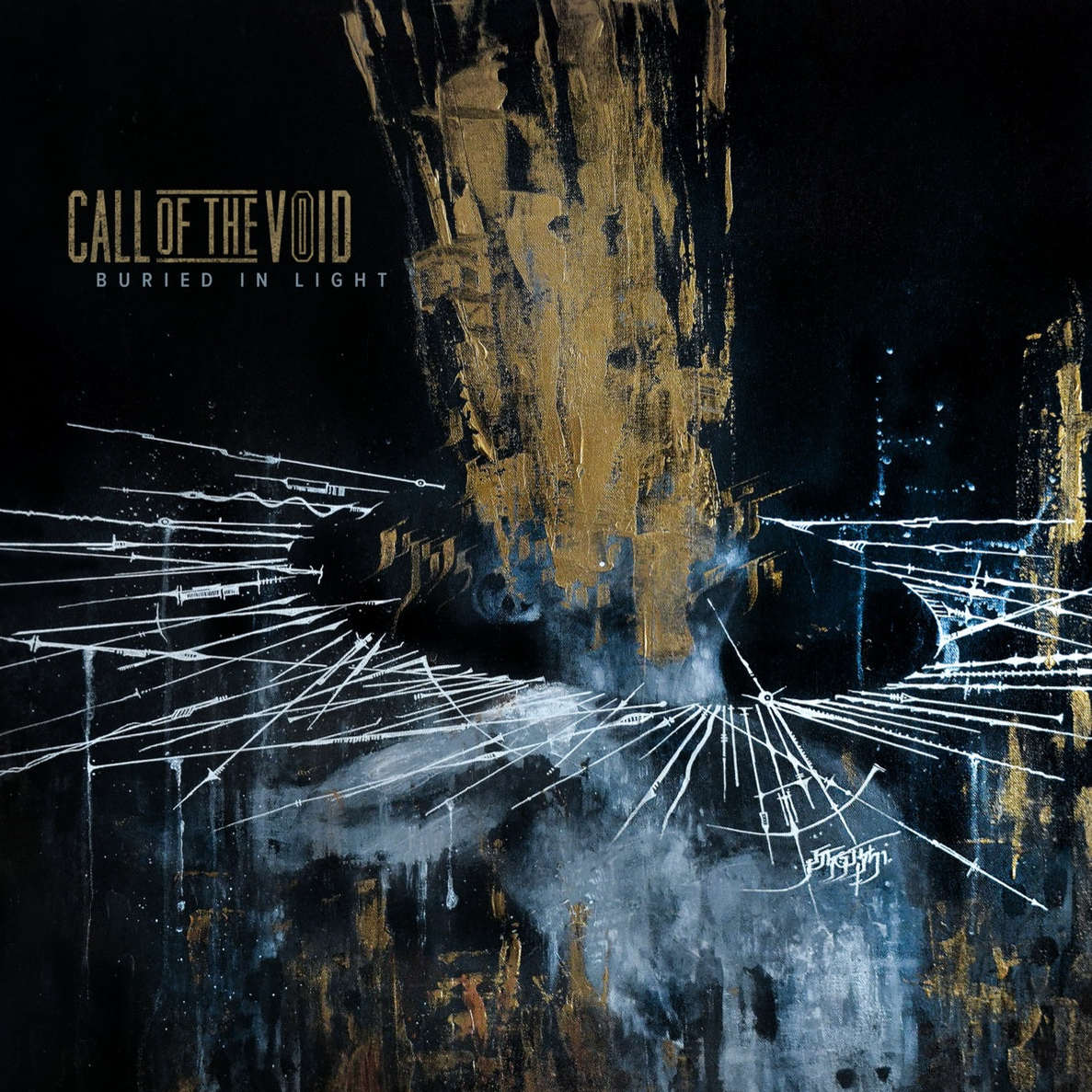 What else happened in your personal or band lives that impacted the creation of Buried in Light and how did they motivate the new album?
Alberts: Yeah, the last few years have been pretty fucked for most of us. I just got out of an extremely abusive marriage, (drummer) Gordon (Koch) was diagnosed with a horrible immune disease, (guitarist) Nathan’s (Siegrist) stomach exploded, and we were dropped from our label. All of these things brought us very close as a band and made us more focused. We wanted to prove we were a great band and that we could overcome the setbacks we experienced personally and with the band.

As I understand it, the new album is a concept album about “walking away from everything,” and that’s inclusive of everything from joining a cult and suicide to living off the grid and surrendering liberties without a fight. Am I on track with that description? What drove you to this topic and how close has any of you been to walking away from it all, in any way?
Alberts: Yes, absolutely. The beginning of the concept started with the Heaven’s Gate cult. That group of people living in campsites with these two “leaders” telling them they are all evolved beyond humanity and that Jesus is going to come pick them up from space. Next thing you know, they have a mass suicide in a mansion in sunny San Diego. These people were computer programmers, accountants, smart people with families. What made them do this so easily?

Pile that with all the setbacks we were having in the band and our lives and there were many times I just wanted to say “fuck it. I give up.” More specifically, the song “Living Ruins” is my inner monologue about not having a choice in my success as a musician. Wanting to walk away from it all, but your passion and insecurities tell you there is no other choice. It’s a tribute to the bands that have walked away from it all. We wanted to tell our own personal stories and mix them in with the absurdities we heard.

“God Hunts” is another cut off of Buried In The Light.

On that note, with the socio-political state of the world, do you equate adherence to a political party or a belief system these days to be more cult-like than a declaration of progression?
Alberts: Absolutely, these are charismatic people dictating to you which “team” is the best while controlling the narrative of what information gets to you. The same fear-based tactics from religious sects are being used in our daily news to push political agendas. On top of the fact, a large part of our population has trouble deciphering what is real journalism from blatant misinformation and propaganda. You have yourself a powder keg of “new followers” depending on what scare tactic you use. Terrorist attacks from white nationalists are on the rise. That asshole from New Zealand killed fifty people, yet your mother-in-law is on the phone from New Jersey worried the group of asylum seekers attempting to cross the border is the end of the world. Same shit.

Was the album written with any particular goal in mind? Were you looking to avoid past mistakes, do anything specifically different, experiment or explore new avenues?
Alberts: Ageless was a huge learning experience for us. We felt rushed to put out new material and we did not want to do that this time around. The main goal was always to try to mix sludge, punk, death and black metal. So, we wanted to filter out the styles that somehow made into our music and made us sound all over the place sometimes. We wanted to be more focused. “What if Cannibal Corpse, Neurosis and Black Flag had a baby?” This was our base for writing.

Was the new album’s creation, whether the writing or recording process, done any differently than ways in the past? Was there any particular “eureka” moment where the album was really starting to come together in the way you were hearing it in your heads?
Alberts: After our short tour with Trap Them, we decided to buy a lot of recording equipment to demo our songs weekly. We have never demo-ed this extensively ever and sometimes we would write ourselves into a wormhole. I believe the tone for this record was set when we finished most of “God Hunts.” This pushed us to focus on darker, longer songs with less emphasis on grind-y stuff; definitely a stepping stone into our evolution as a band.

Along with a gracious guest vocal spot by J.R. Hayes (Pig Destroyer), we had Blake Harrison (also of Pig Destroyer) collaborate with us musically to put the final touches on this album and make it what we have always wanted. They have been huge inspirations to us, now to have them on our record is unreal.

We’ll take you back to the Relapse Records days with the music video for “Napalm Lungs” off Dragged Down A Dead End Path.

What’s going on on the album cover and how does the artwork apply to the theme?
Alberts: We had commissioned a painting from our friend/artist, Brian D’Agosta after finishing the writing process. Our drummer had come up with the record’s theme to base the lyrics on, but it wasn’t until we saw the current cover art that we coined the album’s name. It fit the metaphor perfectly: the bright light of life burying you beneath it, broken and helpless. The zealot basks in fear and rage, seeking death at the behest of their false prophet, blind to the world around them.

With a few albums and tours under your belts, what has been the most surprising thing about this game as you’ve gone forward? How would you say your intent and goals have changed from when you first started to now?
Alberts: Everything was so uplifting at first. We were really lucky to be signed to such a great label for our debut and start us off on the right path. We have seen the dark side of the business now. It hasn’t really changed our goals, just given us more insight into why people give up on being a musician. Although our positivity has changed, our motto is still the same: play what we think is good. No trends, no bullshit, hit the road.

Are you planning to attempt anything differently in terms how you promote, tour, etc… or what your focus is going to be once the album is out?
Alberts: We are in the works of planning more strategic touring. Hitting the major markets more often in smaller hauls, reaching out to more fests and a pushing a bigger online presence than in the past. We have a new agent for the states and in the EU, so the goal is to get out to where people are stoked on the record. Things are lining up to look good. 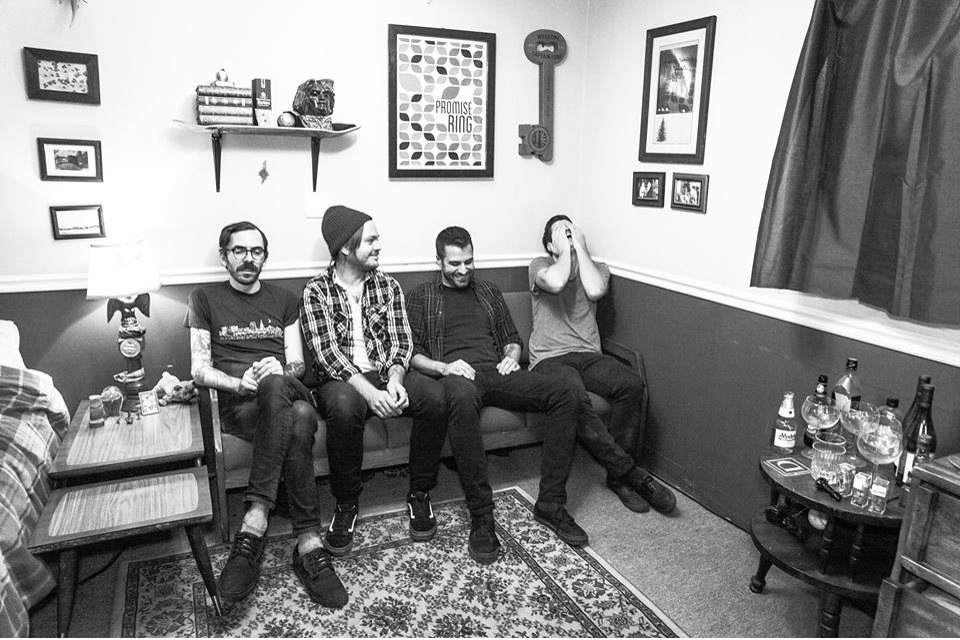 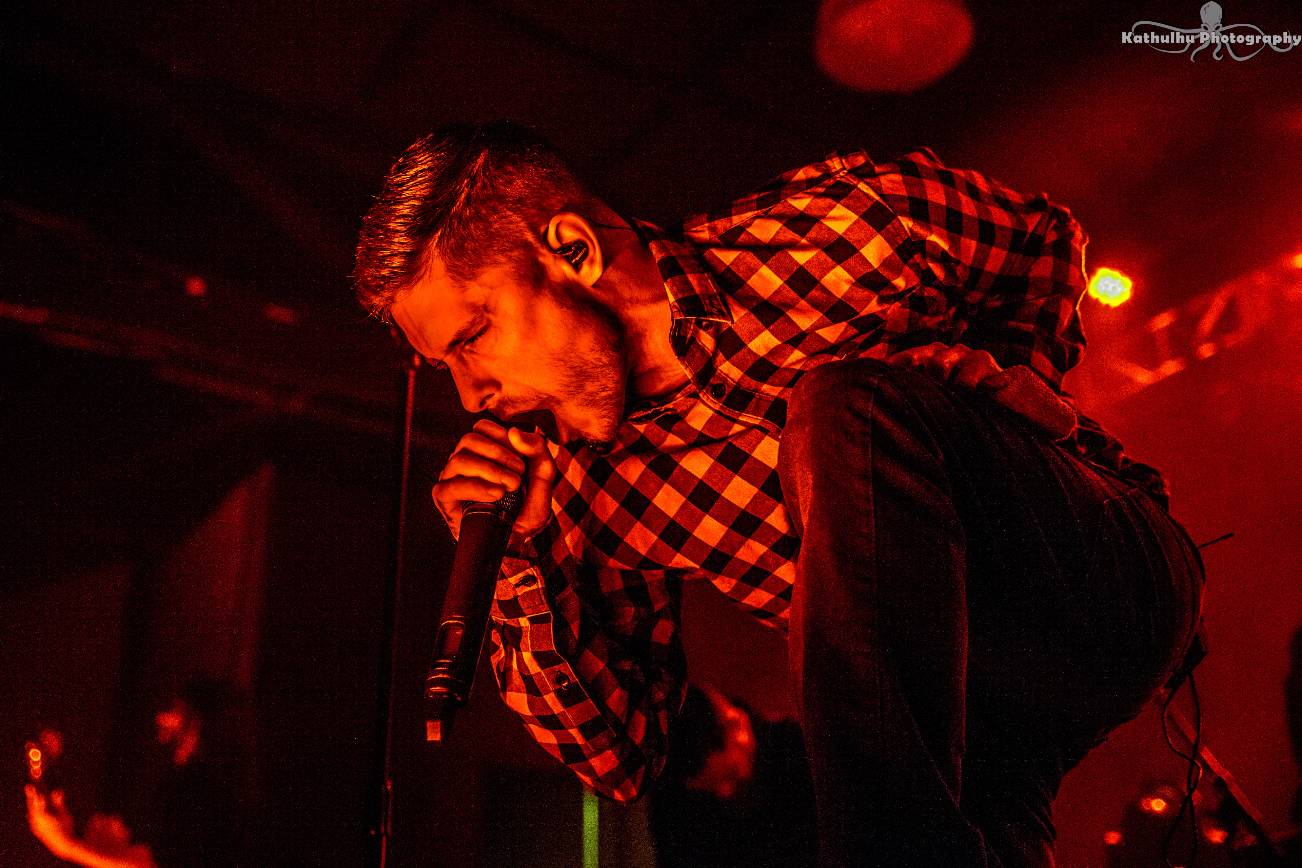