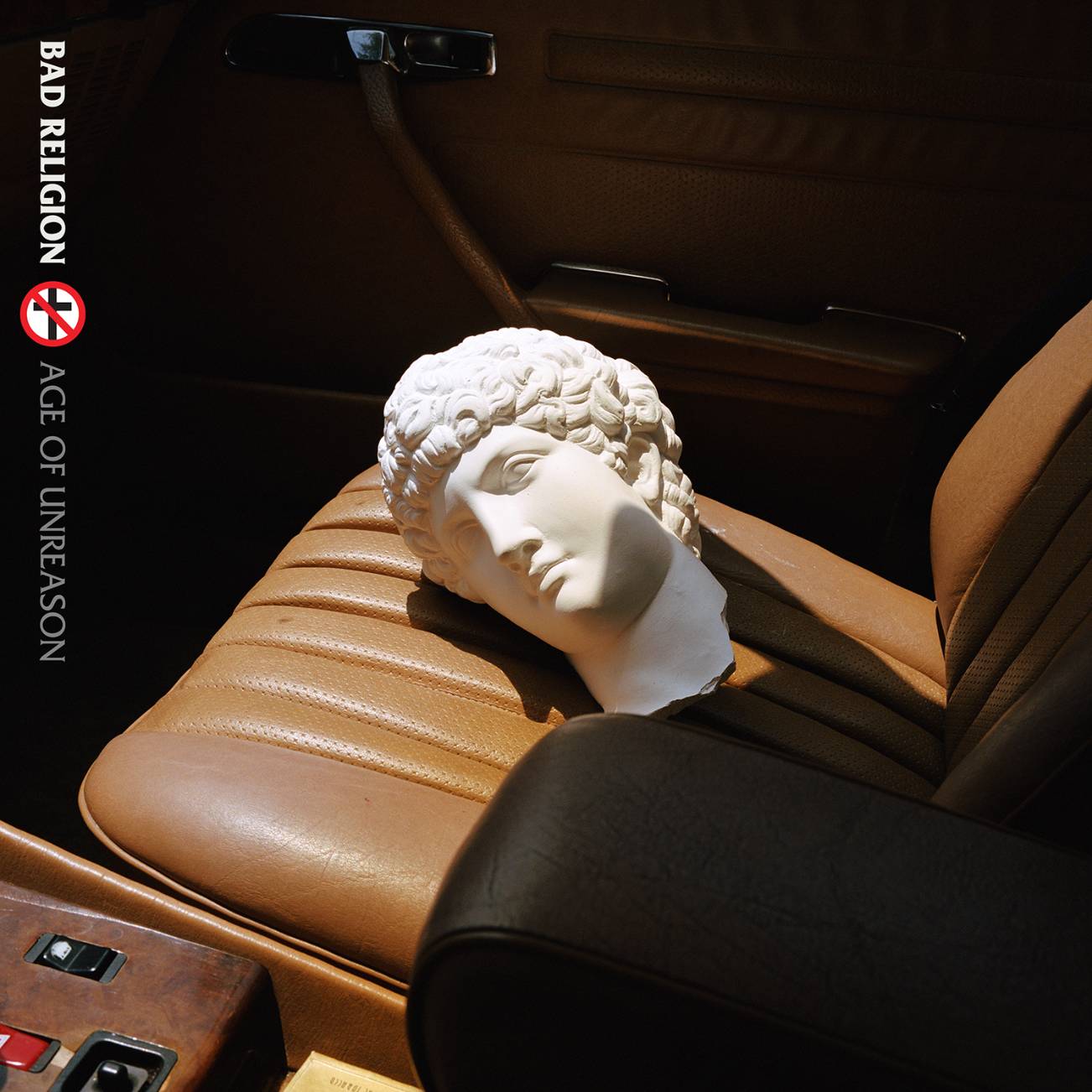 There’s never been a better time to be a punk. Political headlines are rife with ever-nastier allegations, and it seems like they just get worse every day. So what’s left to do if not spur a revolution by strapping on a guitar and singing angry songs? That’s certainly what Bad Religion are doing on their seventeenth studio album, Age of Unreason.

All the best bits of Bad Religion are on fine form: the three-part vocal harmonies that helped make them famous (credited as the ‘oozin aahs’ in the liner notes) are as melodious as ever, the furious guitar playing of Brett Gurewitz, Brian Baker and new member Mike Dimkich feels even more furious, and the intelligent lyrics of Greg Graffin make for pure punk poetry. In true punk fashion, everything is concentrated into songs no longer than 3 minutes, making the album a short, sharp shock of angry anti-establishment fervour.

In these troubled times, the establishment is providing plenty to be angry about. His finger ever on the pulse of contemporary left-wing anger, Graffin’s lyrics are always the most interesting part of a Bad Religion record. On True North, he lashed out at the notion of corporate personhood and the Republican Party with “Robin Hood In Reverse,” while “Only Rain” from The Dissent Of Man tackled climate change and those who deny it despite the evidence. Age Of Unreason is no different, starting with “Chaos From Within,” one of several polemics against the political chaos in the US – in this case, the Trump regime’s desire to build a wall against perceived external threats. Graffin points out that the bigger threats facing the US are those from within such as, though not mentioned explicitly, racism, bigotry, and their root causes in poverty and a government that ignores its people.

What better way to experience the new album then by streaming the full album? Right?

Later on, he takes a swipe at the current president directly in “Candidate:” “I am your candidate, bloody lips and make-up, I am your caliphate, opioids and mutilation, a celebrity, and my name is competition.” Poetic as they are, there’s no need to look too deep into the lyrics to figure out the symbolism here. Trump is portrayed as an over-made-up vampire, sucking America’s blood dry while supported by authoritarian regimes from around the world (assuming that the use of ‘caliphate’ refers to Saudi Arabia, with whom Trump is seen as having close ties).

Against such a vampire, is there any hope for humanity? Graffin fears revolution may not stand much of a chance. At least, that’s how the lyrics of “The Approach” come across: “There’s a moral and intellectual vacuum and you’re right to be lookin’ askance, philosophically moribund, revolution hasn’t a chance.” Not only is there a moral and intellectual vacuum in politics at which anyone with a brain should be looking askance, the notion of revolution being “philosophically moribund” serves as a call to arms to the listeners. In order to topple the regimes we’re suffering under, we need an opposition with a defined philosophy, a clear-cut message, and a strong hold on the moral high ground. The state of the left at the moment can sometimes feel like the opposite – in-fighting, vote-splitting, and a lack of a definite philosophy beyond general opposition to the current government is not enough. This is not just a call-out to the punks of the American left: left-wing movements across the world could do with listening to this message as well.

Feeling like dancing? Try rocking out and “Do The Paranoid Style.”

Regardless of how clever they are, Graffin’s lyrics would merely be angry poems without the backing of the electrifying music Bad Religion create. There’s a lo-fi edge to the production of Age of Unreason, missing from predecessor True North, that makes it feel closer to their older albums. Newcomer Jamie Miller’s drums keep the group grounded with their fast-paced tempos, though he gets some interesting moments of his own, notably the thunderous opening of “End of History.” This is also where bassist Jay Bentley, mostly relegated to driving the riffs forward, gets to step briefly into the spotlight. The guitars themselves are practically on fire: for the most part the riffs are simple and solid, just as punk should be. But there are some exciting flourishes that demonstrate the considerable shredding talents of Gurewitz et al, most prominently on “Chaos from Within” and “Old Regime.”

In all, Age of Unreason is a fantastic album from American punk’s elder statesmen. A loud, angry call-to-arms to those horrified by the current state of politics, it is as musically excellent and intellectually stimulating as fans new and old could wish for. Now, where did I put my protest sign…