Hot off the release of their latest album, Villain (stream it on Spotify here), in February, it was announced that ATTILA would be doing a mini-tour of the fair country of South Africa. Calling their music “party metal” and not adverse to ruffling a few feathers, we are left wondering what kind of destruction is going to be left in their wake. Having said that, South Africans are also known to party hard, and destruction is their middle name, so it’s going to be a fair competition to see who keeps their limbs (and liver) at the end of it.

ATTILA keep it (and as we found out) say it like it is, and that’s probably what attracts their fans. Straight up, no fuss music, and it’s a massive, brutal sound. Want big breakdowns? Well, you won’t find bigger. Want music you can get angry to? Well, lyrically this music has all the anger and rage and revenge and “fuck yous” you’ll ever need.

Thanks to Brochella, ATTILA will be inviting you into their mosh pits on the 14th, 15th and 16th of June in three different cities across the country. They’ll be playing with some of South Africa’s best metal bands, including Riddlebreak, Red Helen, Atlantic South, Ill System, Vulvodynia, Facing the Gallows, Treehouse Burning and Rhakshah. Please see event details below.

In anticipation of the South African tour, we spoke to the elusive frontman Chris “Fronz” Fronzak about South Africa, Villain, and the new space the band finds themselves in.

Who doesn’t have a few “Bad Habits?” Check out the music video from one of the big songs off of Villain.

Attila doesn’t seem like a band that is big on doing interviews, so thanks for this. South Africa is becoming a destination for a vast array of international acts, and we’ve definitely seen an upsurge in metal acts. It’s great and even greater to get to experience and learn about these bands, many who have been around for a while and have a lot to share with us. Do you want to give us a quick summary of what you bring as a band and what we should expect from you?
Chris “Fronz” Fronzak: Attila brings a live show that is unlike any other band. Most people would agree that they enjoy seeing us better live versus just listening to us on CD. We’re heavy, fun, interactive, and it just makes for a really good live show.

As a band, you often spark debates around your music and you as people. Is it becoming a bit same-same or burdensome, or do you think it is part of what makes the band what it is, to have a rough edge and a strong message?
Fronzak: We’ve always been controversial, and I don’t mind it. We’re all pretty resilient to the hate so it doesn’t bother me. I think we’re at a point in our career where we don’t get as much hate anymore. People realize that we aren’t going anywhere and we continue to dominate, so obviously, the hate isn’t working (laughs).

No offence or anything, but people do view the U.S. as a political shit show. How does politics influence what you think or do as people, or what you focus on as a band?
Fronzak: Politics has absolutely nothing to do with ATTILA or any member of ATTILA. We’re probably the least political people you will ever meet your entire life.

Have a look at the artwork for Villain, released February 22nd, via Attlia Music LLC. 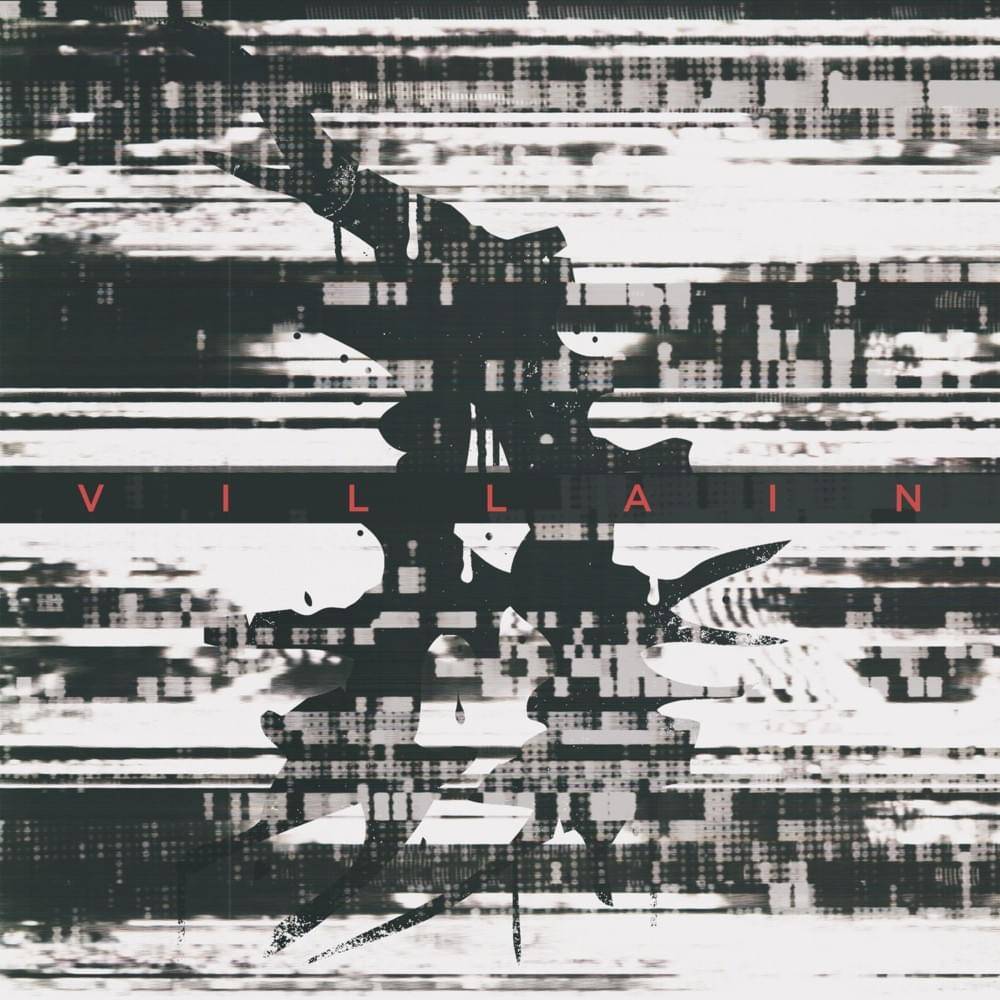 You’ve been touring for nine years, sometimes with unbelievably amazing bands, but mainly in the U.S. and UK. Why South Africa now?
Fronzak: We’ve ALWAYS wanted to come to South Africa but we never had the opportunity. Now that the opportunity presented itself we jumped on it right away. We are all very excited!

What do you know about South Africa and what are you expecting?
Fronzak: I don’t know much, to be honest, which is why I’m even more excited. I like going to new places with no expectations, I find it to be more fun that way. I know that there is a lot of new and interesting wildlife which I’m excited to see.

When you’re going to play with a new band, do you take some time to get to know their music ahead of time, because you’ll be playing with some top local acts when you’re here. Have you done any research, or have any thoughts?
Fronzak: I haven’t done any research yet but I usually make it a point to watch all of the local bands so I’m excited to see what they sound like and what makes them different from American bands!

You released your eighth album, Villain, independently, after breaking from your newest label after a year. You didn’t let that stop you producing an album though. What was that like in this new, independent space?
Fronzak: It was very interesting and refreshing. We got to take our time, work with whoever we wanted to, and release it whenever we felt like it. I think if more bands knew how to do it the entire industry would be changed. So far we are really loving it!

Listen to the title track “Villain” and prepare to make some enemies.

People seem to really enjoy the track “Subhuman” and some of the later tracks on your album, pointing out that the songs feel a little more authentic, but also quite different to your old stuff. Is this a route you want to go, maybe transition to something else? And on that note, does it matter to you if your music evolves or stays the same?
Fronzak: I think in the future you will definitely see more songs like “Subhuman” but we’ve never been a band to COMPLETELY switch our sound. All of our albums will always be diverse and have a lot of different sounds. I don’t think it matters if a band chooses to evolve as long as its 100 percent authentic. People are good at spotting out the fakes.

If you had to say one thing about your approach to making music and being in this band, what would it be?
Fronzak: Just always be yourself and do whatever feels right! Even if people think you’re fucking crazy.

The Brochella South Africa tour flyer with dates and other details: 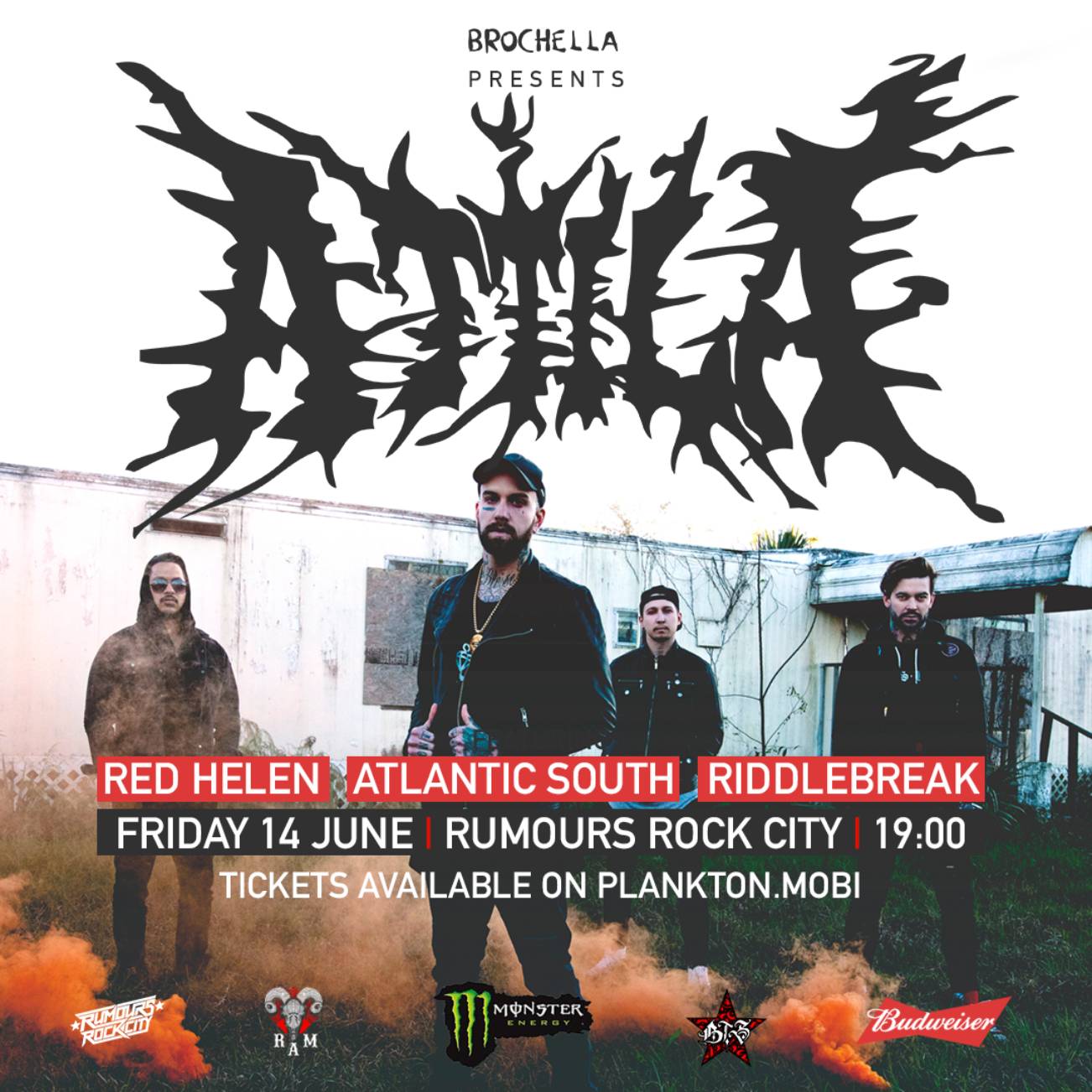 You were a high school band and have made it a fourteen-year-long mission to make something of ATTILA. There must have been some heavy changes and also some pretty normal things that have happened. What have been some of the important lessons?
Fronzak: The most important lesson was NEVER give up. Even when it seems like the entire world is against you.

Where else do you want to take ATTILA, both geographically but also metaphorically?
Fronzak: We’ve still never toured in South America, I think that’s the only place in the world left for (us) (after this Africa tour). Metaphorically we want to take ATTILA to the top while still staying true to ourselves. That’s always been the goal.

Lastly, what are a few things you’re going to be doing in South Africa when you’re here?
Fronzak: I REALLY want to walk with lions and see great white sharks! If I can do those two things I will be extremely happy. I’m also excited to try out the local food. To me, that’s the most exciting part about touring in new countries. And partying, of course!

And really, who doesn’t love “Pizza?” ATTILA rock out in this hard-partying music video. 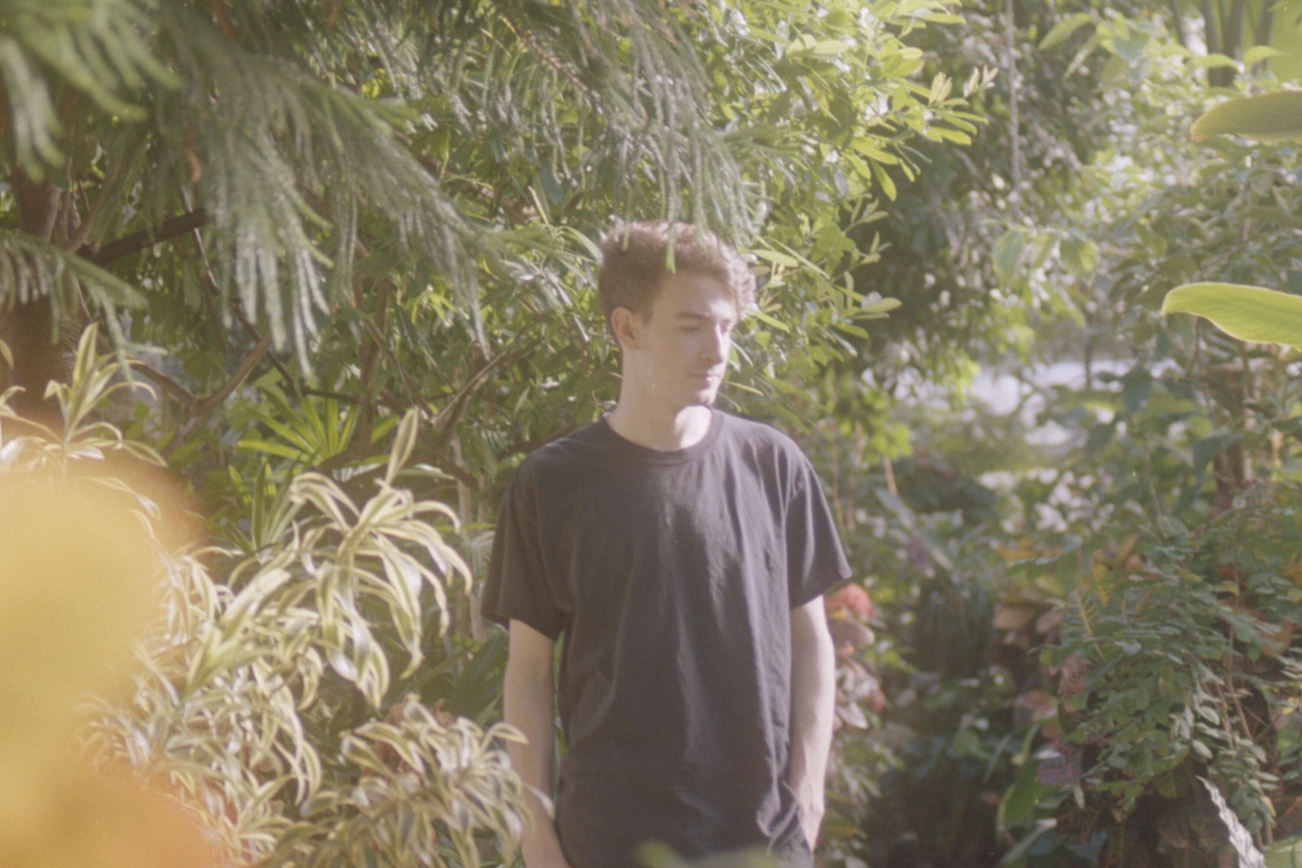 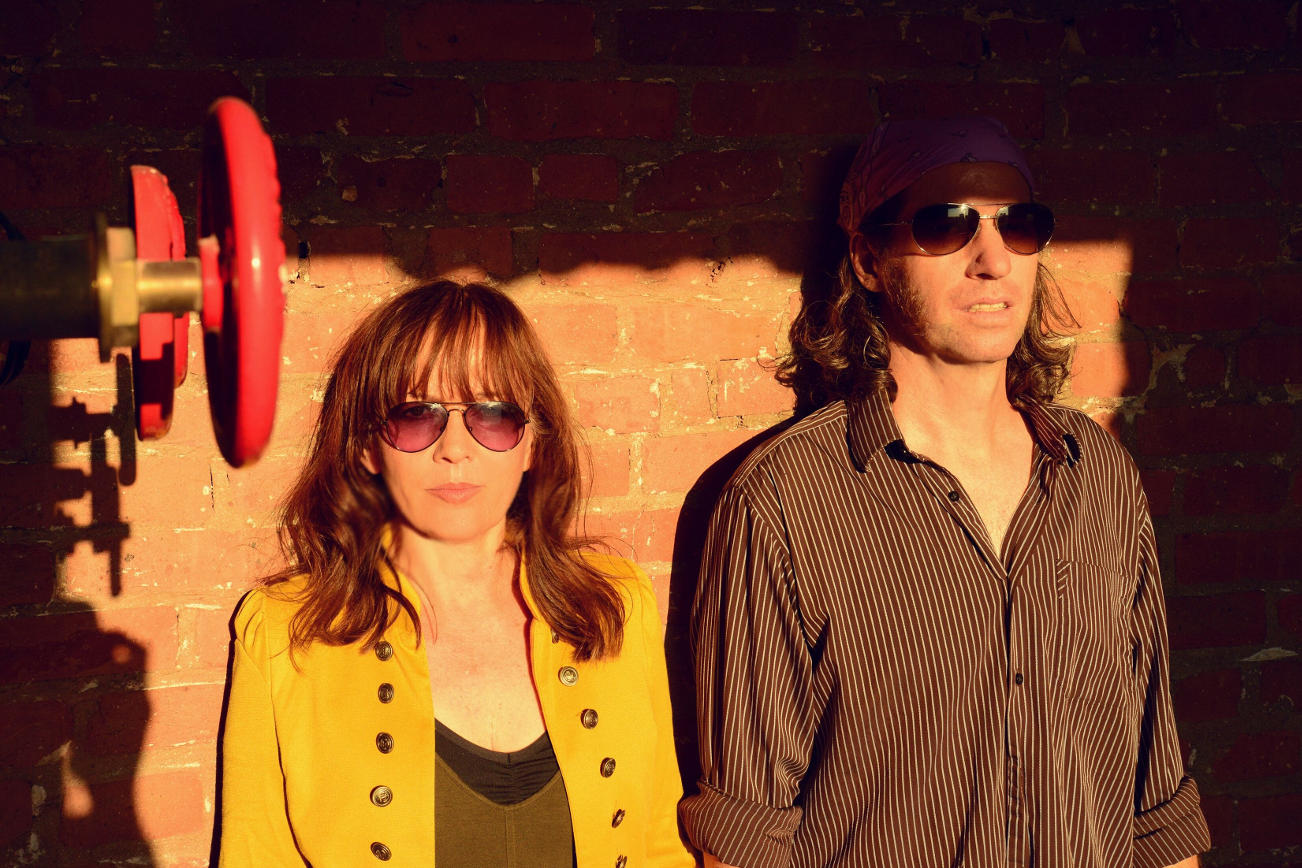 This is Not a “Simulation!” Garage Rockers GLADSHOT Tackle Reality in Their New Music Video [Exclusive Premiere]