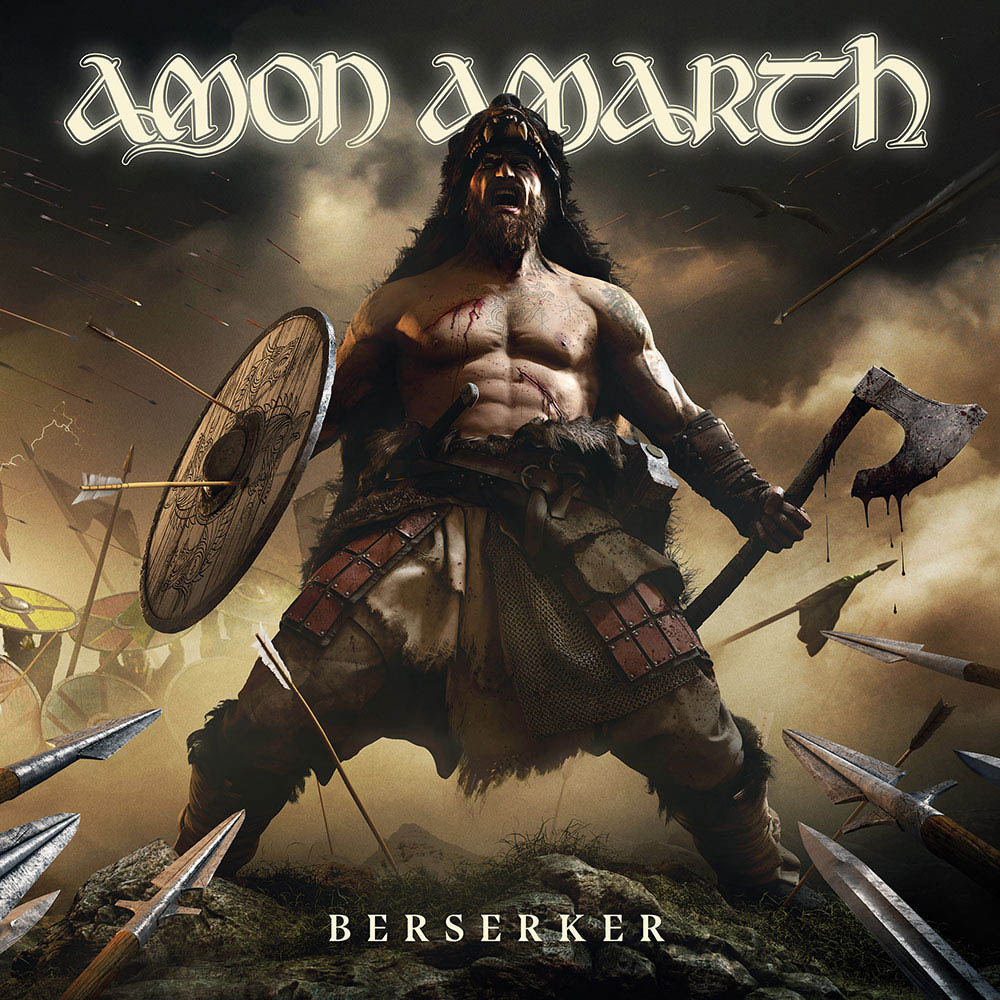 They made Viking-themed metal not just popular, but undeniably cool. They have conquered more of the world than their Viking ancestors dreamed existed. They’ve released ten studio albums and, with Berserker, have brought legions of fans a much-anticipated eleventh album. Amon Amarth are back, pillaging and raiding to their hearts’ content.

Berserker exhibits an attempt at evolving the group’s sound. The pounding drums, Johan Hegg’s furious growls, and the stormy guitars are all still there, with just as much bite as they had on Fate of Norns or With Oden On Our Side. The band have married that with much cleaner production values and some interesting experimental flourishes to push their own envelope and develop a sound that will carry them into the future.

Well. They’ve tried to. The core sound is still there, and the return to Fate of Norns-style compositions is much appreciated. The openings of “Shield Wall” and “Skoll and Hati” both exhibit the kind of blistering drum/guitar attack seen on “Valkyries Ride” or “Once Sealed in Blood.” Their riffs are still epic and grandiose thanks to the lead/rhythm guitar duo of Olavi Mikkonen and Johan Soderberg respectively, and Hegg’s vocals are suitably thunderous – if a little too prominent in the mix. So, where’s the problem?

“Crack the Sky” with this ripping music video.

Mainly, it’s in the experimental bits the band have added in. “Added in” being the operative term: it feels very much as if they’ve been sprinkled on top rather than merged seamlessly into the music. For example, there’s some piano and strings on a couple of songs. In itself, this is no bad thing – “Embrace of the Endless Ocean” from Twilight of the Thunder God was made suitably bleak and atmospheric thanks to Apocalyptica and their cellos. But to simply bookend album closer “Into the Dark” with piano and strings feels awkward. It does give the song a doom-laden atmosphere, but would work better if the piano and strings were threaded through the entire song instead of plonked at the beginning and end. The piano at the end of “Valkyria,” by contrast, does work in adding a mournful tone to the track, though it still feels tacked on rather than an organic part of the writing.

But even outside of throwing piano and strings in with all the grace of an axe thrown at an enemy skull, most of the other experimental sections don’t quite work either. The first single released was “Raven’s Flight.” For the most part, it sounds like Amon Amarth. But for some reason, several times during the song, they slip into the chugging metalcore riffing style of Asking Alexandria and their ilk. Why? It’s weird, jarring, and does absolutely nothing beyond make them sound like a second-rate metalcore band.

Similarly awkward are the spoken-word sections. Hegg’s voice really isn’t suited to them. Album opener “Fafner’s Gold” would be much stronger without the spoken-word chorus towards the end – it sounds more like a film tagline than a cohesive part of the song itself. The same goes for “Crack the Sky” and “Ironside.” Bands should absolutely try new things. Experimentation and innovation are the key to sounding fresh and staying relevant. But simply chucking everything at the shield wall and seeing what sticks isn’t the way to do it, especially for a group as established as Amon Amarth.

Amon Amarth continue to soar with the single “Raven’s Flight.”

This is not to write the whole album off on the basis of experimental misfires. “Shield Wall” comfortably ranks among the band’s better songs, as does “Valkyria.” The guitar work on “Wings of Eagles” is some of the best in the group’s catalogue, while “Skoll and Hati” could easily fit in anywhere on their other, greater albums.

The central core of the album is still the Amon Amarth we all know and love, if a little too cleanly produced. But the experiments on Berserker, sadly, drag the better moments down into their mess. That they’re willing to push their own envelopes is good, but perhaps a different direction might bear sweeter fruit.