To promote their new six-track EP, Have Another….. (self-released on March 15th), Southampton trio The Lounge Kittens once again took to the road with their unique lounge room style twist on rock, pop, and everything in between. I once read that to describe The Lounge Kittens was as if Richard Cheese and The Andrews Sisters had babies, The Kittens would be the product of that night of passion! As descriptions go, whoever said this hit the nail on the head given the perfect harmonisation these ladies are capable off, mixed with their outstanding comedic timing during stage shows. This has earned them respect and admiration from not only their fans, but also the artists of whose songs they cover.

Opening the show for The Kittens was the double bass playing, observational comedy of Grant Sharkey. I know very little about Mr. Sharkey, however, it has to be said, he was an excellent choice to open the show and, as a result of his performance, I have already downloaded his album Thoughts and Prayers. I suggest you do the same!

For this evening, The Kittens raised the roof on the exceptionally fancy Bush Hall in good old London town. Welcoming the audience proclaiming, “happy Brexit day” (although it never happened in the end, March 29, 2019 was a day that half of the UK feared). With the pint-sized, face-pulling Jenny Deacon (the red kitten) on keyboard, the mighty Zan Lawther (the pink kitten), and the kitten with the resting bitch face (Zan said it, not me, I think she rules!) Timia Gwedoline (the blue kitten) on either side, opened their show with their rendition of “Gold Dust” by DJ Fresh.

Following this was their “Pop-Punk Medley” mixing the most popular pop-puck anthems from Good Charlotte, Panic! At the Disco and Sum 41, to name a few. Of course, The Kittens’ medleys demonstrate the true range of their talents as they bounce seamlessly between each tune harmonising every note, tone and lyric perfectly together. Two medleys during their set, in particular, pulled on the audience’s emotional heart strings, these were their “Avicii Medley,” in dedication to the DJ that took his own life of April last year and “The Prodigy Medley” in dedication to the only man who could entice a rave at his own funeral, the one and only Keith Flint. 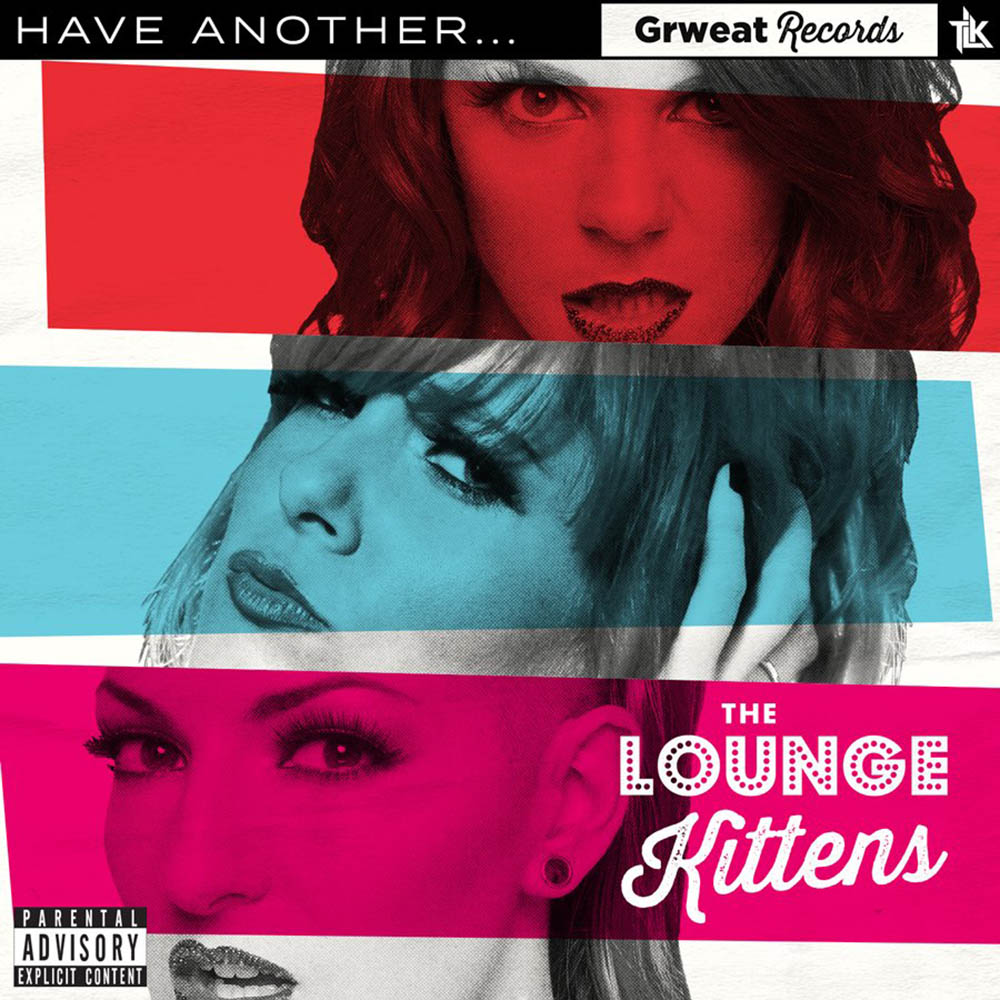 Possibly the best sing long for every one of my age at the show was The Kittens’ “80’s Cartoon Medley;” I mean how often do you get the change to sing along to the theme tunes from The Thundercats and Denver the Last Dinosaur, with Zan announcing “No! Just no! Denver is not my friend, and a whole lot more!”? The collective realisation amongst the audience of what this line suggested was both hilarious and a little terrifying at the same time. Of course, it wouldn’t be a Lounge Kittens show if we didn’t at least get their outstanding renditions of “Gloryhole” by Steel Panther and “Rollin’” by Limp Bizkit, but the ladies kept the crowd waiting until the end of the show, I do believe a riot of some sort would have occurred if The Kittens had overlooked these two bangers!

It should go without saying that The Lounge Kittens are some of the most entertaining musicians one could ever hope to see and, although The Kittens suggested that last year was almost the end for the group, they are still going strong. My fingers are crossed that they continue as these ladies have the ability to warm even the coldest of hearts and put a smile on the bleakest of faces. Perhaps the prophecy was wrong, and it is Zan, Jenny and Timia that will bring balance, peace and harmony to the planet through their music and not Bill and Ted. Just a thought though, but seriously, everyone, if you have not heard them, go listen, NOW!

If you haven’t already experienced the cover of Steel Panther’s “Gloryhole,” do so now!