Nashville has long-since been synonymous with not only great music in general, but also some damn fine rock. Well, that trend continues with Indianola, a vintage blues rock ‘n’ roll trio that infuses their Southern sounds with some Gothic flair that’s making folks stare. Led by Owen Beverly, a renowned musician, hired gun, and longtime member of Nicole Atkins’ band (among many others), Indianola is quickly ramping up to release their new album, Kiss Tomorrow Goodbye, on May 10th, 2019.

Today, however, ahead of the album’s release, the group has not only made public their new video for the single “Awkward Phase,” but also released the “I Might Be Losing My Mind” single featuring Ruby Boots (both can be heard below). With a list of current tour dates below, which sees the guys performing alongside Shovels & Rope, Frank Turner, and Ruby Boots, musicheads should start getting to know Indianola; especially if you’re into the likes of Father John Misty, The Black Keys and Roy Orbison.

Supporting the pending release of Kiss Tomorrow Goodbye, which the band deem “an homage to the nostalgic, swooning camp of mid-century southern-bred radio hits with a fast-paced, deliberate, electric 2019 update,” we connected with Owen Beverly for an exclusive TOP 10 list of his favourite horror movie soundtracks. “Why this topic,” you ask? Well, ‘cause Beverly has a penchant for b-horror movies, something which manifests in his band’s music.

Before diving in, try to grow out of your “Awkward Phase” with this video.

01. “Lost Boys” (1987)
– Perfect blend of scary, fun and ‘80s nostalgia. You’ve got Corey Haim and Feldman, Keifer Sutherland with a mullet, and a terrifying vampire kid running around biting peoples ankles. It takes place in a small town called Santa Carla in northern California with a beachfront amusement park which is very much my vibe. The vampires hang out in an abandoned hotel that collapsed in an earthquake where they smoke weed, drink blood, and eat worms out of Chinese to-go boxes. The theme song is especially twisted, a youth choir singing the 10 commandments over a verbed out arrangement.

02. “Rosemary’s Baby” (1968)
– Roman Polanski’s masterpiece is truly disturbing, a cult shocker with a cult following. 2018’s Heredity came close to making this list but I decided to go with the OG. Not so fun fact; it was filmed in the Dakota building in the upper west side, the place where John Lennon was shot, The John Lennon who made The White album and “Helter Skelter” ergo Charles Manson equals the Sharon Tate murders… Sharon Tate, of course, being the wife of Roman Polanski. Not sure what’s freakier here, the movie or the reality. My kind of film.

03. “Mandy” (2018)
– If you haven’t seen this flick and you have any sort of affinity for ‘80s horror, you are missing out. For one, the aesthetic is very powerful, equal parts experimental film and pulp fantasy novel. The scenes unfold like vignettes, the score is trippy and the casting is on point. In fact hands down most intense Nicholas Cage freakout of all time, no hyperbole.

The album Kiss Tomorrow Goodbye drops on May 10th, 2019. Get stoked! 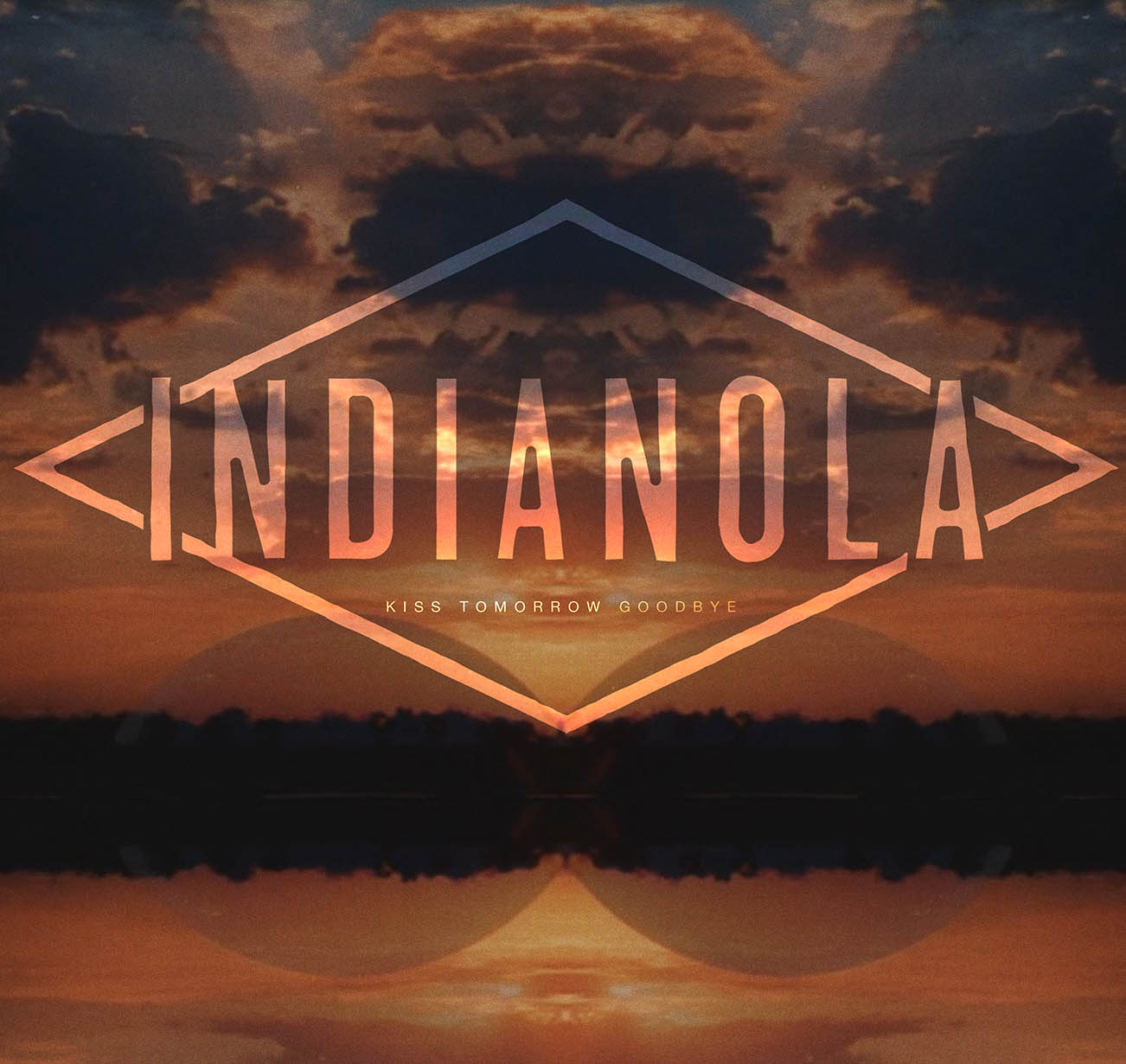 04. “Alien” (1979)
– The H.R. Giger flavor in Alien really makes it for me, his designs are almost musical in their own right. As kids we collected these horror movie trading cards with production stills from Nightmare on Elm Street and Poltergeist etc. but the cards from Alien and the sequels were most coveted by far.

05. “The Dead Zone” (1983)
– This list wouldn’t be complete without David Cronenberg movie or a Steven King story and this has both. It also has Christopher Walken randomly touching people which is creepy enough. After a brain injury he can see the future of anyone he comes in physical contact with, thus beginning a futile attempt to keep an evil anti-christ from running for president, prescient? He goes sort of catatonic in these dream sequences, I definitely wish I’d scored some of those scenes!

06. “Carrie” (1976)
– Another Steven King story that proves high school is an awkward time for everyone. The music on this is great, a fluid string arrangement that meanders from happy to evil as Carrie’s teenage dreams come true and are then crushed. They did a remake of this in 2013, the music should’ve taken more direction from the original imho.

The official trailer for “Halloween,” including some awesome examples of the fantastic score.

07. “Halloween” (1978)
– So, according to legend, John Carpenter was short on cash for this movie, which is shocking considering how successful it was, so he locked himself in a room with a Moog synthesizer and scored it himself. It’s that perfect moment when a true talent takes a stab at something he/she has no classical training in. The intuition is the artistry, the result in this instance is outstandingly wicked and became the gold standard for a few decades of horror film scores.

08. “Friday the 13th” (1980)
– Before the mask, before the butcher knife, this movie was a landmark for ‘80s suspense to come. This is the best example of horror movie score meets sound design with the “chi chi chi ha ha ha…” motif truly iconic. People forget that in Part 1, Jason’s mom is the killer, it’s only in the end that he comes up from the bottom of Crystal Lake ready for 14 sequels of action.

09. “Tales From The Darkside: The Movie” (1990)
– I really love the episodic format of horror i.e. “Tales From the Crypt,” “The Twilight Zone,” even old radio shows like “Are You One Of The Frightened.” Despite having Christian Slater and Steve Buscemi, I don’t think this was a box office success, pretty sure it was a reboot of a TV show of the same name. My favorite character in this type of show is the spooky narrator who gets the party going. In “Tales From The Darkside” it’s a cookie cutter neighborhood child-eating housewife who traps this kid and makes him tell ghost stories. The movie is broken down into three of them, I’d really enjoy the opportunity to have several themes within a larger concept.

Also out today, stream the single “I Might Be Losing My Mind” featuring Ruby Boots.

10. “Event Horizon” (1997)
– Although some would put this in the sci-fi genre, it’s really really scary. This would be fun to score because the story centers around black holes which conjure up freaky sound designs in my mind. In the near future (which is probably supposed to be now) The Event Horizon is a spaceship that uses cutting edge technology to emulate the gravitational pull of a collapsed star. What could go wrong? They open a portal into hell and shit gets weird. I can’t remember what the score was like but it must have been good because in 1997 this movie messed me up bad.

*= with Shovels and Rope, Frank Turner
^= with Ruby Boots 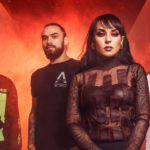 JINJER and SÜMER are Heading to South Africa and the Local, Supporting Bands Speak Up! [Show Preview] 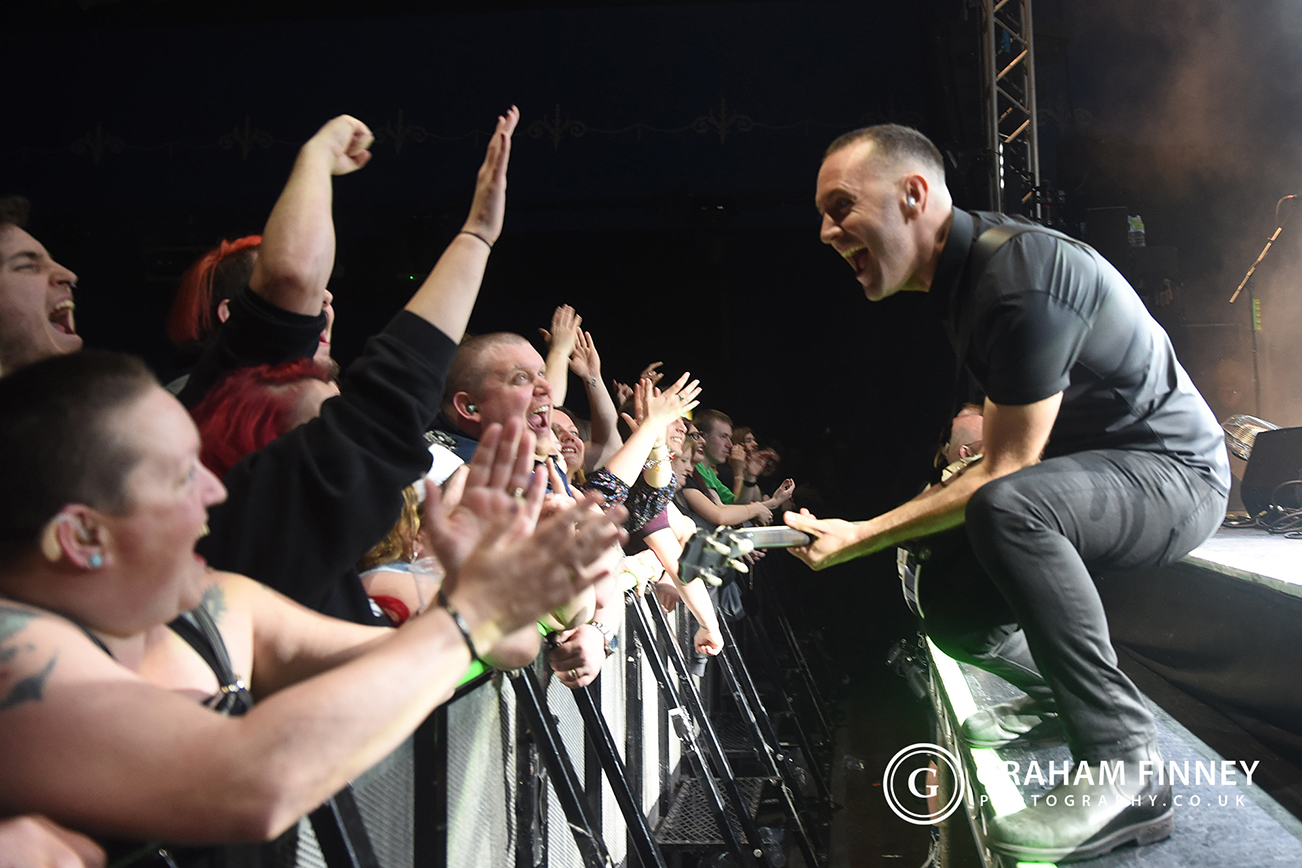