Phoenix, Arizona’s “wild” alternative rock group, Jane N’ The Jungle have a new “Little Blue” music video for you to consume. Led by the powerful and charismatic Jordan White, the band blends the spirit of ‘90s acts such as The Cranberries with more modern indie rock like Florence + The Machine and Paramore. Commenting on the video, White highlighted what “Little Blue” means to her and describes the recording process; “I used to let people’s opinions of me and the band get under my skin and feel insecure… ‘Little Blue’ is about not caring about other’s perception of you and owning all your faults even if that makes you seem a ‘Little Blue.”

She continues, “The song was one of the first we recorded off our upcoming record tracked at 4th Street Recording Studio in Santa Monica with producer Bruce Monical and engineer Ruben Valle. The initial recording was for a couple of singles but later led to the start of our full-length record which took more than a year and a half to finish.” Enjoy our video premiere and look for the “Little Blue” single right now on iTunes here.

Feeling like some more? Check out the Jane N’ The Jungle video for “Killed Someone.”

“Little Blue” will be included as the lead track off of Jane N’ The Jungle’s upcoming new record Concrete Jungle. What makes the music video memorable is that it’s just so reminiscent of the flair that is missing from so much of today’s rock n’ roll. It features the band performing at West Hollywood’s Viper Room, along with shots of White out on the streets in torn jeans, a leather jacket, and leather shoes. It reminds you of the days when punk rock was actually “punk rock” and you were full of youthful exuberance. It’s the perfect song to start off an album to and it gives you a sample of the type of energy you’ll find at a live Jane N’ The Jungle gig. Concrete Jungle was recorded both at Gravity Studios in Chicago and 4th Street Recording in Santa Monica, California, sponsored by Ford Motor Co.

Lifted from the Concrete Jungle album, this is the single art for “Little Blue.” 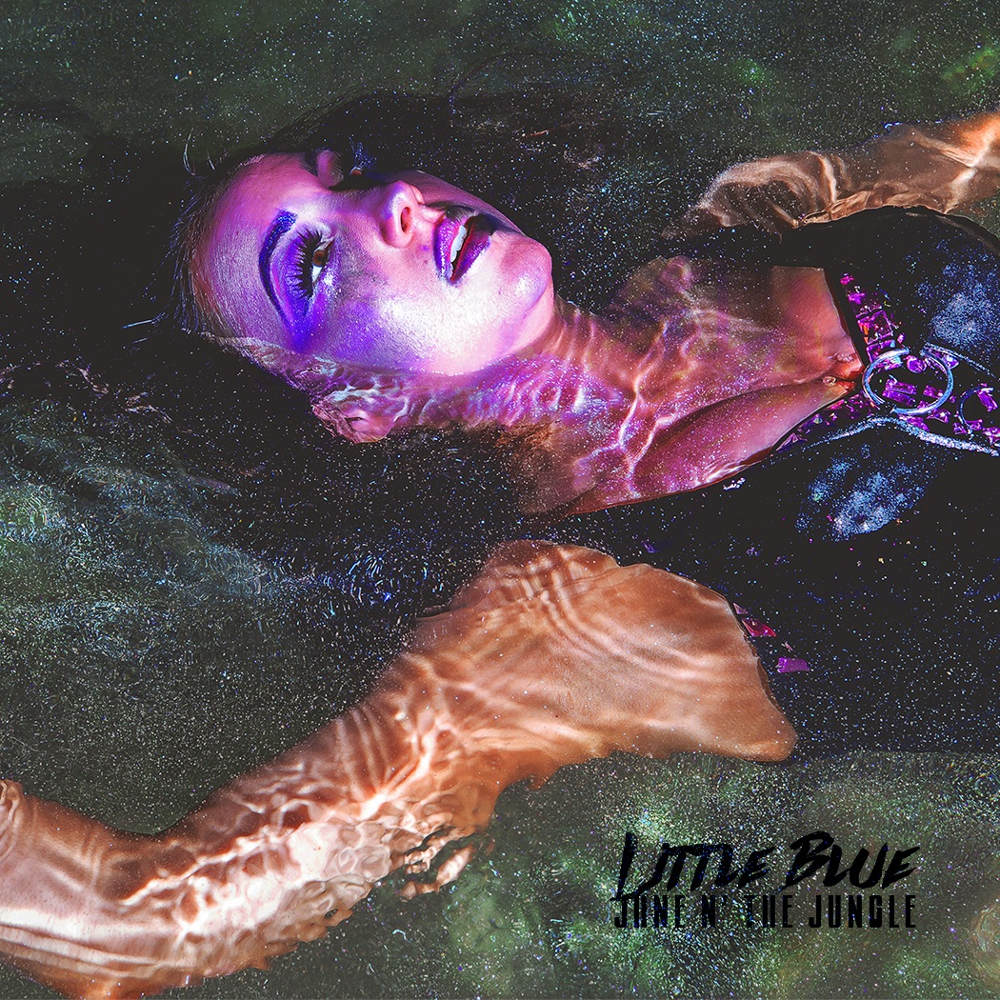