Following on from a number of successful live shows in South East Asia, Emmure announced a return to the shores of the UK and Europe with much anticipation. Still creating a buzz with their latest album Look At Yourself, Emmure brought with them a solid lineup of support acts including crossover favourites Rise Of The Northstar, which all meant tonight’s crowd at the O2 Academy Islington were in for a phenomenal mix of heavy acts.

First up was Australian metalcore outfit Alpha Wolf, whom after recently teaming up with Sharptone Records proceeded to blast through a superb set of tracks including crowd favourites “Black Mamba” and “No Name” along with latest single “Sub-Zero” from their forthcoming EP titled Fault. For an opening act, Alpha Wolf sounded huge tonight. Lead singer Lochie Keogh captured the attention of the slowly filling venue brilliantly and proved it really wouldn’t be long until we see Alpha Wolf back on these shores playing to many more people.

Off of Look At Yourself, here’s Emmure with the music video for “Ice Man Confessions.”

Texan quartet Fit For A King have been on the scene for some time now, reflected by the majority of the eager crowd knowing every word coming out of frontman Ryan Kirby’s mouth. Their latest album Dark Skies illustrates their strength at producing songs defined by heavy metalcore grooves and clean melody in equal parts. Bassist Ryan O’Leary ninja kicks his way around the stage throughout their set, encouraging the first of tonight’s crowd surfers and ensuring that tonight’s performance goes down very well indeed.

Canada’s very own Obey The Brave continue the theme of encouraging maximum crowd participation by bringing some old-school hardcore punk vibes to the evening. Frontman Alex Erian swaggered around the stage with a solid presence as they launched into brand new single “No Apologies,” their first material since 2017’s third full-length album Mad Season. An impressive performance from Montreal’s finest.

This is the cover art for Look At Yourself which dropped on March 3rd, 2017. 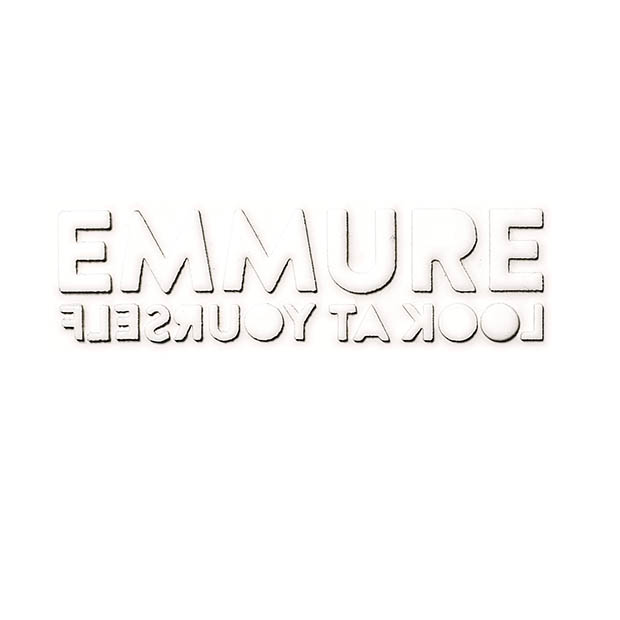 Rise Of The Northstar are the next to take to the stage, billing this visit as part of their “Legacy Of Shi Tour,” which brings a crossover style sound of ‘90s New York hardcore, metal, hip-hop and Japanese pop culture to the masses. This blend of styles and impressive aesthetic, whereby the band appears on stage dressed in full Japanese Uniform is unique but doesn’t take away from a strong performance. Although I can see it not being for everyone, their homage to the early nu-metal sound, which seems to be a predominant element to the band’s sound is a joy to behold.

The night ended with metalcore giants Emmure taking to the stage cementing their legendary place in the scene with ease. Hitting the stage with aplomb, frontman Frankie Palmeri managed to capture the London crowd in the palm of his hand as Josh Travis’ heavy down-tuned riffs of “You Asked For It” and “Shinjuku Masterlord” rumbled the venue’s foundations and proceeded to turn the heaving venue into a hot and sweaty mess.

A set of two halves, Emmure flew through the majority of tracks from Look At Yourself, before entering into the very best songs from their back catalogue, including “Children Of Cybertron,” “Most Hated” and “Solar Flare Homicide.” Tonight showed that there is still plenty of fire burning in the Emmure camp and myself and the 700 people inside the Academy tonight were looking forward in anticipation of what comes next.

It’s getting “Smokey” in here. It must be this music video from Emmure, another from Look At Yourself.