Within Temptation is a Dutch band (formerly) known for their wildly popular brand of symphonic metal. After hitting a wall with their writing, the band took a bit of extra time off, coming back with Resist, an album that has a bit less symphony but no less bombast, showcasing vocal collaborations with Jacoby Shaddix, Anders Fridén and Jasper Steverlinck.

The Resist tour includes direct support from In Flames and Smash Into Pieces, both bands hailing from Sweden. Fifteen years ago, the pairing of Within Temptation with In Flames likely wouldn’t have gone down as well as it did this evening; In Flames have been progressing their sound over these years, more so than Within Temptation with an end result that shows both of their newest albums boasting songs that go down quite well together. Given that Within Temptation tapped In Flames’ Anders Fridén to do the guest vocals on “Raise Your Banner,” the noobs in the venue who had potentially never heard In Flames before would at least have a little affinity for Fridén’s vocal styling.

The March 1st release of I, The Mask marks the thirteenth studio album for In Flames as well as 25 years for them as an active band. Once known for being amongst the pioneering groups of the Swedish Gothenburg sound, In Flames are now known more like a band hell-bent following their musical journey wherever it might take them regardless of fan’s reactions. I, The Mask marks a genuine high point for the group, boasting twelve strong songs that manage to capture the menace from their earlier albums as they blaze new trails with tracks like “Call My Name,” “Follow Me” and “Stay With Me.”

“I Am Above” was the first single and video released from I, The Mask.

On this evening In Flames performed “Voices,” “(This Is Our) House,” and “I Am Above” from I, The Mask. Along with their ever-popular dance-anthem “Cloud Connected”, they performed another eight songs that touched on some of their albums going back 20 years, eliciting circle pits and some crowd surfing from the audience. A special bonus tonight; birthday boy Chris Broderick is on stage with In Flames this tour, filling in for rhythm guitarist Niclas Engelin.

In addition to getting the audience to sing happy birthday to Broderick, Anders Fridén dialogued with the crowd a few times as the group performed to comedic effect. He called out a fan videoing them as they performed before taking his phone and filming the band and the crowd himself. After a few songs, Fridén asked a Within Temptation fan at the security rail if he liked In Flames yet, and said in jest that he thought he could see a little erection against the security rail suggesting that maybe the fan did. Fridén also ended off their set by thanking the crowd for their attention for the hour they played and told everyone that they “shouldn’t waste their time on bad beer.”

Jacoby Shaddix of none other than Papa Roach teams with Within Temptation for the single “The Reckoning.”

Jeroen van Veen, Ruud Joli, Martijn Spierenburg, Mike Coolen, and Stefan Helleblad took the stage as a swell of moody intro music lead into “Raise Your Banner,” the lead song on Within Temptation’s 2019 release, Resist. Sharon den Adel walked onstage with a semi-opaque white wrap overtop of a cool-looking black dress adorned with an assortment of buckles and straps that partially obscured a silver breastplate.

Adel swung a large white flag adorned with the ‘Resist’ symbol for the intro minutes that kept in theme with the new album for the first 90 seconds of “Raise Your Banner.” Mike Coolen sat atop a small riser at his drum-kit framed by a large ring of bright lighting bordering a circular video screen. Rows of rectangular vertical video screens spread out on either side of Coolen, filling the rear of tonight’s stage with interesting Resist-orientated visuals.

Within Temptation performed more than half of Resist this evening, but kept long-time fans more than satisfied with tracks like “In the Middle of the Night,” “Stand My Ground,” “The Cross,” “Faster,” and a lovely acoustic rendition of “Ice Queen.” They encored with a rousing version of fan-favourite “Mother Earth” before bidding the audience a good evening. This tour could just as easily be entitled the “Gift Tour,“ given Adel’s publicized struggles with keeping her head in the game after the Hydra touring cycle. It’s a testament to the band’s unified drive and openness to progressing as a unit that felt like the real thing to celebrate this evening as fans did anything but resist the spectacular performance they delivered.

The Resist album dropped on February 1st, 2019, via Vertigo / Spinefarm. 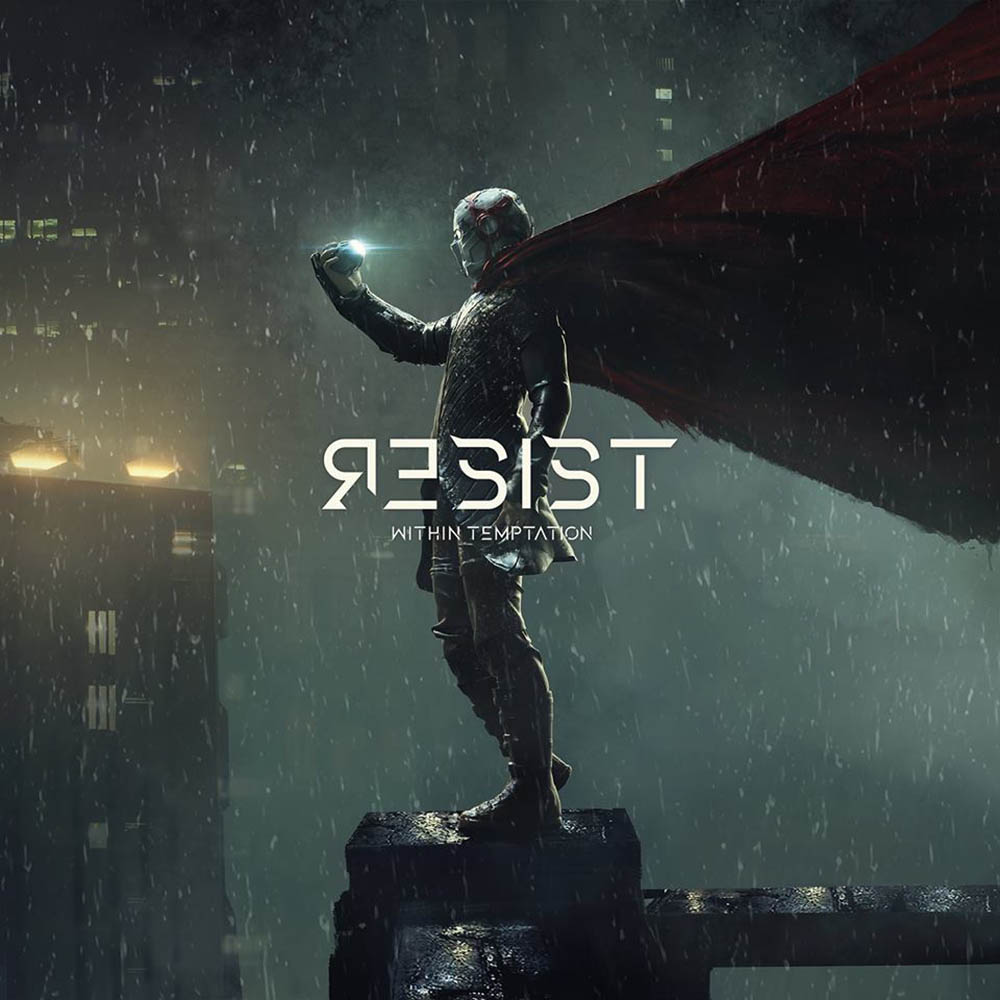 Adel had mentioned fighting a bug a few hours before performing in Toronto which may be the reason the band dropped “Mercy Mirror” from their performance this evening, even though the song was on their printed setlist for the show. Only fans that attending the group’s VIP soundcheck got to hear that track performed live on this night.