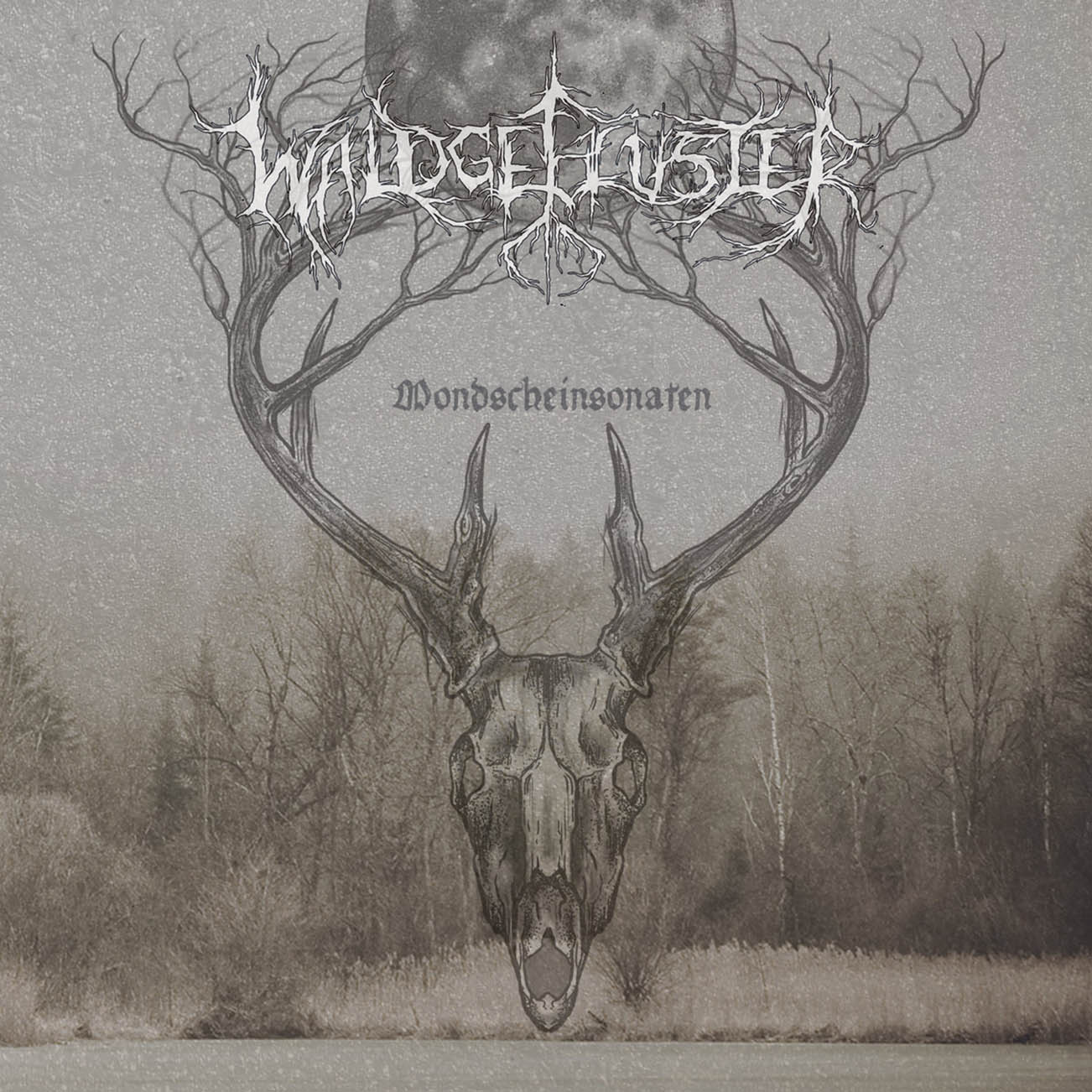 Waldgeflüster are a seriously vexing band: on the one hand, I can only sit back and marvel at the musicianship they display when distilling and capturing the essence of nature’s isolation and impersonal dispassion (appropriately, given the band’s name translates directly as “forest whisperings”) in their near-perfect meshing of gentle folk-like acoustic melodies with blastbeat-ridden waves of black metal hellfire. On the other hand, there’s the intense frustration at how much it feels like they’re holding back.

On Mondscheinsonaten, their most recent album, there’s ample evidence of just how heavy they can get (“Der Steppenwolf”) but it’s always tempered and controlled. Sadly, where other artists like Imperium Dekadenz display similar restraint but also convey the sense of barely-contained, simmering rage, Waldgeflüster’s caution translates as tentative and unwilling to offend. As a result, instead of an all-consuming black metal fury driving their engine, the impression is more one of mere discontent. As a genre, black metal is already lampooned within mainstream media, when not being outright lambasted – take Jonas Åkerlund’s recent Lords of Chaos film, which eschews celebration of a unique cultural artefact in favour of teenage rebellion and whiny posturing – so any opportunity for further sulking adolescent comparison should be avoided at all costs.

That is not to say, however, that Mondscheinsonaten is in any way a bad album, just a frustrating one. This is further fueled by the massive similarity in tone, register and composition as previous albums like Ruinen (2016) and Meine Fesseln (2014). The Ulver / Agalloch post-black emotive notes are all still in place, the crystalline production of the ‘clean’ instruments is still firmly at odds with the raw, high-gain tone of the ‘heavy’ parts – “Rotgoldene Novemberwälder” typifies this – which themselves can be favourably likened to Winterfylleth or Saor, a comparison further heightened by the chanted introduction, “Einleitung”. So Waldgeflüster are playing it safe, sticking to their signature for the most part.

Check out the album’s first sampling via the lead single, “Rotgoldene Novemberwälder”.

However, this stylistic signature does at least evolve, in that it moves more towards the folk end of the spectrum (elements like the Jewish harp texture on “Gipfelsturme” emphasise this), but given the technical proficiency and propensity towards violent, raw guitar tone, they could easily have moved in the opposite direction, possibly to a better result. Take the simple, riff-based structure of “Und der Wind”, for example – its repetitive melody could easily build further, taking a leaf out of Taake’s book in growing a reverberating, trance-like wall of sound out of one passage. Instead, the song twists and turns – like a winding forest path, appropriately – ending up as a sprawling eleven-minute meander that comes out safely on the other side. A more feral sylvan presence is always hinted at, but never explored. Even the more anguished, almost DSBM wails Winterherz dredges from his throat on “Von Winterwäldern und Monscheinsonaten” are all too quickly extinguished in clear lead work and the barest brushes of percussion.

This ‘playing it safe’ approach is, finally, what seals the vexation deal. Extreme metal of all kinds, not just black metal, is not a safe place. Certainly, its cathartic and therapeutic effects have been documented, but Waldgeflüster’s latest offering is a gentle lullaby delivered via the vehicle of black metal, not an anthem or call to arms; in fact, upon listening to songs like “Staub in der Lunge” or the acoustic re-working of “Der Steppenwolf” I would go so far as to say Mondscheinsonaten belongs less in the genre of black metal and more in gothic metal, alongside the likes of Lacrimosa or Theatre of Tragedy. This is no denigration of the Waldegflüster’s music, but certainly of their genre classification, and something a potential audience would do well to consider.