A Fragile Tomorrow is a South Carolina indie rock/dream pop quartet formed through the shared experiences of a trio of brothers. On February 22, the band released their newest full-length record, Generation Loss; a psychedelic, meditative effort spurred by the brothers’ struggles at the recent loss of their mother. The group has been around for over fifteen years and the guys are well versed with experience and wisdom, and, as luck would have it, A Fragile Tomorrow’s wise and experienced Sean Kelly is here with the Top 10 “Things Every Artist Should Know When They Start Out.”

10. Write All of the Time
– I think the biggest thing that helped me early on was writing a lot. I started writing songs when I was 11 years old, and we started the band essentially at the same time. The songs were, of course, not very good. But the biggest takeaway I have from that time in my life is that I was learning by doing, and that really helped shape me. As you go along, you’ll get better and you’ll find your thing, but it’s important to start somewhere and do it as often as you can.

09. Play a Lot of Gigs
– There weren’t many gigs for 12-year-old kids in our hometown, so a lot of times we’d play “shows” in our basement to our grandparents, friends, family, whoever. When we started playing real gigs we’d just play all the time, whenever, wherever. We played those cliche “paying your dues” gigs at clubs in NYC on a Tuesday at 7pm or a Saturday at 2am. Playing that much really helps a band woodshed songs, connect with each other, and of course build an audience little by little.

08. Self-Edit and Get feedback
– When I was young, I didn’t really edit my songs a whole lot. Looking back, it’s one of the biggest things I wish I’d been more aware of at the time. One thing I did do, though, was send my music to a lot of the people I considered heroes. For me, a person like Peter Holsapple (The dB’s, Hootie & the Blowfish, R.E.M.) was instrumental in my growth as a writer. I just sort of reached out to him on a whim and had no expectation of a response, but he wrote back and expressed genuine enthusiasm for what I was doing – even at 13 years old. He’s been a sounding board and mentor ever since, and I can’t stress enough how great it is to have someone like that in your corner.

07. Keep Expectations Reasonable
– This kind of goes for every aspect of the industry. It’s one thing to shoot for the stars and be motivated, but it’s also important to take things with a grain of salt. Don’t expect every gig to be career-defining, but always play like it is. Don’t just take the first offer you get, either. Take it from someone who learned the hard way – we got fucked over early on by someone who wasn’t who they said they were. Especially as kids, it was hard to figure out what was legitimate and what wasn’t. Be cautious, be smart, try not to be too easily swayed by just anyone, and always read contracts.

06. Define Success for Yourself
– I think something that a lot of bands tend to do is get serious for a few years and then break up when they think they haven’t “made it.” I’ve always felt like if the creative energy is still there and it’s still fun, there’s really no reason to call it quits just because you haven’t attained industry success or commercial recognition. My band has been small-scale for 15 years, but we’ve defined success in our own little ways and that’s what has kept us going. We’ve had the opportunity to do really cool things and have experiences we couldn’t have had otherwise, plus we get to experiment, explore, and evolve as we learn and grow in our craft. That’s success to me.

The album Generation Loss is out now via Mpress Records. 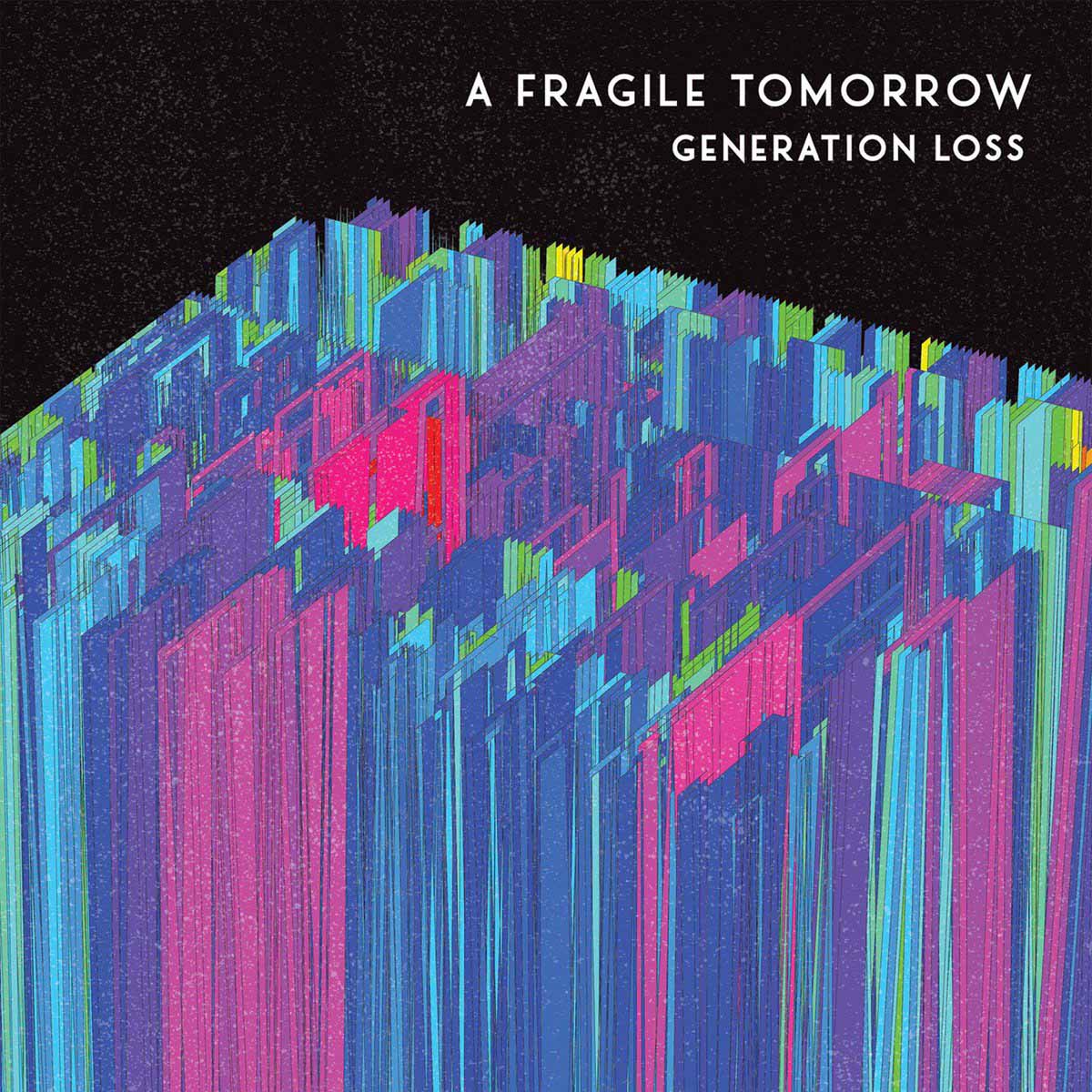 05. Don’t Burn Yourself out on the Road
– I think a lot of bands, when they’re first starting out especially, tend to overextend themselves. It’s one thing to play all of the time and expand your horizons by traveling, but I’ve known bands that get sick of each other and the lifestyle very quickly because they just throw themselves on the road for months and months and months when they’re first starting out. The fact is, you’re going to burn money on the road and it’s not going to feel glamorous the majority of the time – that’s something I think you have to work your way up to in terms of adjusting to that lifestyle.

04. Use the Studio for All Its Capabilities
– One thing I wish I’d known when I first started out recording was the creative freedom that studios really afford. So much of the time, especially early on, bands get so excited just to be in a studio that they just want to record the song and get it in their hands. I’ve seen it with bands we work with at my studio, and I’ve also been in that place. It doesn’t matter if you’re a new band – always keep in mind that you have almost unlimited sonic and musical possibilities in a recording studio. Don’t be afraid to try things out and experiment in little ways – that’s what will set you apart. And don’t be afraid to let your producer and engineer know that you’re interested in really exploring what the studio has to offer. Trust me, that’s what they want more than anything.

03. Listen to Everything
– This might seem obvious or a little cliche, but I really think it’s important to listen to everything when you’re trying to figure out what you do musically. Even if you don’t necessarily love everything you’re listening to, it’s important to have an open mind and open ears. That’ll really inform what you do, and you might start to take inspiration from unexpected genres or artists even if it’s on a more subconscious level. I can’t tell you how much it helped my creative growth, especially as I got older, that I was introduced to De La Soul, Black Flag, Dizzy Gillespie, and Fairport Convention as a young teenager.

02. Try Playing a Bunch of Different Instruments
– Even if you’re not good at everything or don’t end up being interested in every instrument, I think there’s something to be said for having the experience of picking up instruments and trying to navigate them as best you can. I started playing mandolin, lap steel, banjo, and accordion at young ages after really focusing mainly on guitar and piano. Just kind of going for it on different instruments probably opened me up more than I realize to developing my playing style and challenging myself as a writer.

01. A Day Job Is Not a Bad Thing
– Here’s something I wrestled with for a long time: when we’re young artists, we have this vision of playing music every day for the rest of our lives. Financial stability in the music industry doesn’t seem far fetched because you’re young, hungry, and it’s all you know how to do. But as you get older, if you end up needing it you might be faced with the reality of getting a day job to support yourself. I’m here to let you know that there’s nothing wrong with that, and it doesn’t make you less of an artist or less serious about music. And it certainly doesn’t mean you failed as an artist, either. You don’t have to struggle forever, and you shouldn’t have to struggle. The fact is, it’s HARD to make a living in the music industry.

You also shouldn’t be afraid of life taking you in other directions simultaneously, like getting into a relationship or starting a family. My band has stayed together for 16 years, and we’ve managed to all move across the country and do other things like get married. I’ve got a kid on the way. All of our wives are very supportive of what we do and they know that it fulfills us creatively, so they support it just as we support what fulfills them. My wife always says that she can’t imagine me not playing music, and I always say that I want my kid to see me as a musician no matter what else I have to do to make ends meet.

And at the same time, I’ll go wherever I need to go or do whatever I need to do to support her dreams and our family. This all might mean that we can’t realistically be on the road for three months at a time, but we’ve been able to structure our band in a way that works for us and our families. The point is, the idea that you have to do one thing or the other is a myth. You can do both. It might be a balancing act sometimes, but it can be done.

The foremost question on everyone’s mind, but “How Do You Dance To It?”.