currently based in Hong Kong, Damned If I Don’t is South African born musician Daniel Stacey Herber’s brand new musical project. The self-titled debut album, Damned If I Don’t, was written, produced, and recorded entirely by Herber himself and released at the end of December of 2018. For a deeper, more intimate understanding of his new work, Herber kindly sent over an exclusive track-by-track rundown of his latest work. Check it out….

01. “Never Again”
– Essentially the opening song of the Damned If I Don’t debut album is about never allowing oneself to be taken advantage of. Many years ago petty disputes led to amazing songs from other musical projects never reaching others, despite a substantial amount of time invested writing said songs. Friendships fell apart. I felt taken advantage of, others the same, it was an ugly situation.

To which I kept repeating the mantra of “never again.” I would never allow myself to be in such a compromising situation again which is reflected in my ethos of writing and recording the album myself. My new bandmates know where I stand, and this train is now picking up steam. The verse melody was first whistled while walking through the snow in -34C in the Northern Chinese city I lived in at that time, probably 2014.

02. “Constellation”
– A tongue-in-cheek social commentary on the fascination with horoscopes and the obsession of self that has become a reflection of the state of mind of millions. I don’t mean I want fans to adulate me, I’ve had some questions from a few people who took the lyrics literally, which pained me some, having to explain the meaning to something that essentially everyone is free to interpret their own way.

The chorus alludes to the facts that the billions of neurons firing a person’s thoughts is akin to an entire constellation, thus we should carefully consider what drives us. Social media, for example, can be amazing when used in a constructive manner. I’m not going to consider you an influencer though, ever… Jimi Hendrix was an influencer, let’s get real people. Just remember narcissus drowned through the allure of his own reflection.

Check out the lyric video for “Constellation,” right here!

03. “The Clamour”
– This song is just a pure slice of nostalgia for me, the sound, some autobiographical subject matter, a need to be heard among the clamour of thousands upon thousands of bands clamouring to be heard, it’s just not realistic. The song itself is also a homage to punk rock, the many cliches in the lyrics tie into the bubblegum sound, I wanted that reflected quite purposefully.

04. “Octane”
– A lot of people are fixated with a destination and “getting somewhere in life” without always realizing that they are already on that road and thus every moment needs to be learned from, enjoyed or savoured… even the bad times. I was quite impetuous in my youth, not always treating everyone as well as I should or could have, living life at the speed of Hunter S. Thompson. I’ve taken things down a gear, doing right by those I come across when I can and just enjoying the ride.

05. “Second Time Around”
– Sometimes you can learn from those closest to you how not to treat others and what not to value in life. This is hopefully valuable, in order to show one how to be awesome. You have to take the good with the bad.

06. “Hold On”
– I am a huge fan of Chris Cornell. I also value the massive contribution Chester Bennington made to music. This song was written during the spate of celebrity suicides. It’s usually anonymous people saying to celebrities that a song saved their lives. This was more of a song from an anonymous guy, to celebrities, who are also just human beings at the end of the day saying “it’s not so bad, we need you, hang in there and hold on.” If you need help, get it, don’t take that way out.

The self-titled album was released on December 27th, 2018. 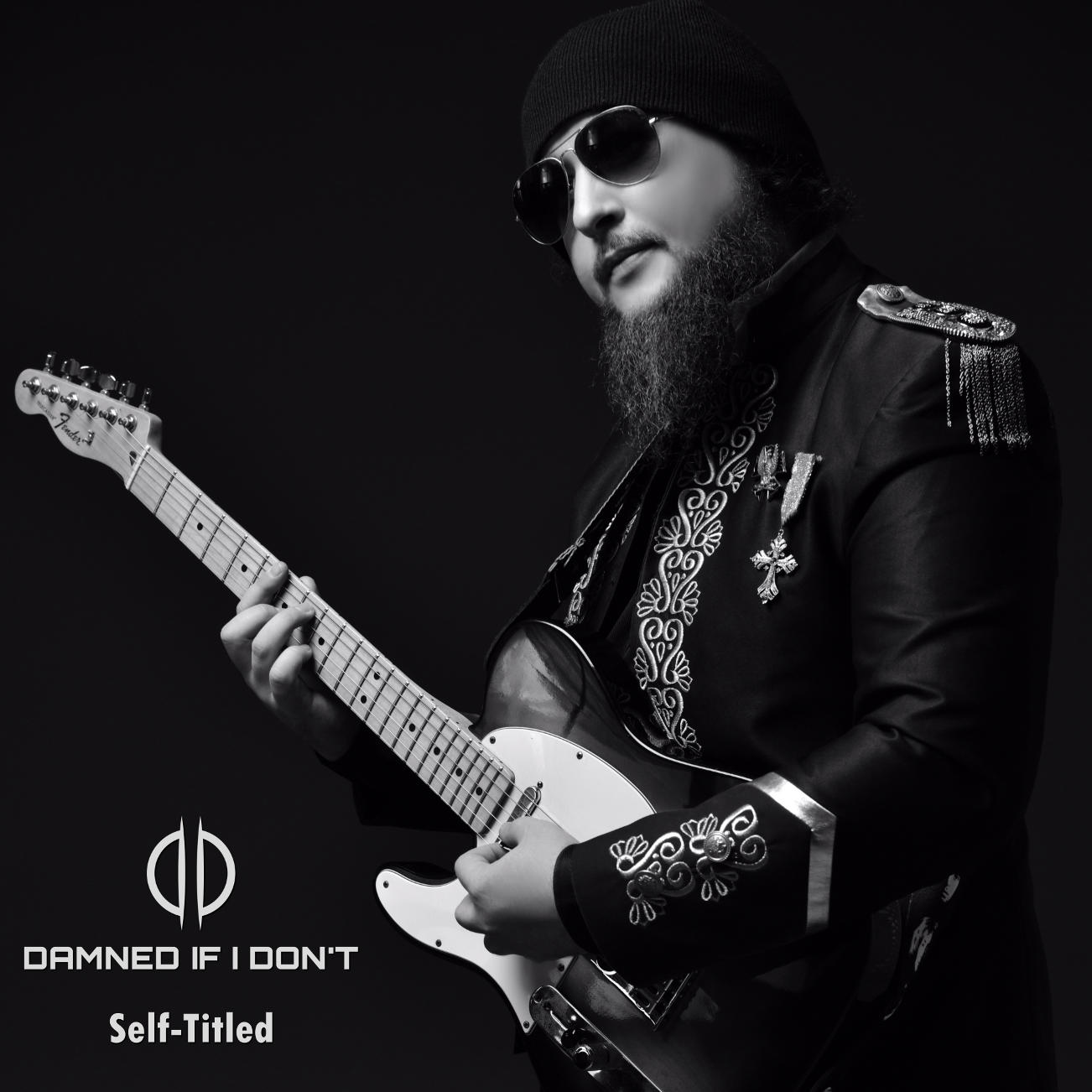 07. “You Are You”
– Directed at a people who have always held themselves up to a golden standard, highly competitive with everyone, constantly making comparisons and attempting to show others up. You know the type, usually jock-like meatheads. It’s hilarious and ironic because everyone is writing their own chapter to their own book, odds are these competitive champs, who think the universe revolves around them, don’t even feature as ancillary characters in anyone else’s life stories. The lyrics are a little more abstract than that, but that is the essential message.

08. “An Ode to the Past”
– This song has some pretty obvious pop punk/punk rock references to the sound that are intentional and a tribute. The lyrics reference the most carefree and beautiful days of my youth when all there was playing shows, rocking out on stage, drinking beers with friends and hanging out. Instead of pining for the past I wanted to acknowledge it instead with a song. My guitar technique used to be so bad that I would get so excited and just shred my fingers on my guitar strings, it got a bit messy, but it also lent some authenticity to quite a few shows.

09. “Tartan”
– This is essentially about a Scottish friend of mine who got me started writing music again. After hearing an early version of “Octane” his only response was, “Well, where’s the next one?” This was at a time in my life where he was one of very few people around me who even knew I made music. I had repressed this for a few years and then the floodgates opened and this album just poured out of me in a few short months, the first eleven songs I wrote at that time.

My mate then had to return back to his home country, and while I understood, it hit me hard. I’m practically sobbing in some of those group vocals in the final chorus, but you can’t hear that. Sometimes you don’t need to know someone very long for them to have a massive impact on your life.

Here’s a very cool, and scenic, DIY music video for “The Clamour.”

10. “Out From Under”
– This song is essentially asking those crippled by the many debilitating snares of modern life to wrench themselves away from such vices and be better than that. There’s no cure-all to the human condition, sometimes just existing is tough, power through it, rise above and get yourself out from under whatever it is that might be weighing you down or obstructing you from reaching your full potential.

11. “We Should Be Better”
– There are just so many messages I wanted to convey with this song. It ends the album and contains an affirmation to myself that I’m going to try to be better, at the same time what’s holding you back from being a better version of yourself, and ultimately, we as a human race should be better. We all know it but the real esoteric question is what are we doing with that knowledge. It’s a lyrical high point to end the first album on a poignant note, hinting at what’s to come with the next album.

I hope you enjoyed this track-by-track. If any of it doesn’t make sense or is garbled gibberish you’ll need to excuse me, as this was written in a hotel room in Macau at the end of a long day. Thanks to PureGrainAudio for featuring such a fledgling act. We hope all of you out there will get in touch with us over Facebook, Instagram, and all that jazz.