Let’s be serious, it’s Robyn’s world and we’re all just out here paying rent in it. Touring for her most recent album, Honey, Robyn performed a sold-out show at Pacific Coliseum in Vancouver to close out February.

A woman who needs no introduction, Robyn eases into the night slow and sultry with “Send to Robyn Immediately”. She’s wearing a silver mini-dress and calf-length silver boots, looking like she’s just landed from a far off electro-pop planet. A well-seasoned professional, Robyn knows the importance of levels and mood, using each intrinsically to push and lure throughout her performance. The pace picks up with “Honey”, the second song of the night, and where Robyn’s true superpower is revealed – the ability to bring an entire group of strangers together through dance. Using her charismatic powers for good, Robyn often pauses to look out into the sea of worshippers, with observable gratitude expressed on her face.

Whether or not you dig her music, Robyn’s “Honey” is pretty damn sweet.

The first half of the show closes with “Be Mine!”, a rare sprinkling from her self-titled 2005 album. Energy is high, on and off the stage, dance moves are abundant and the crowd is feeling happy. There is a significant shift when the song ends and the mood swings to an ambient interlude. We’ve been transported and this is no longer a pop concert in 2019. A stunning lyric dancer, Theo, takes to the stage in trendy jeans and the most shimmery shirt that exists, probably. He’s wholly mesmerizing. So much so that it’s easy to forget that Robyn has been off the stage for more than a couple of minutes. It seems as though the stage at Pacific Coliseum has been transformed into an exquisite art-piece at MoMA, complete with white draping cloth, twinkling lights, and a larger-than-human sized hand statue just slightly off-centre stage.

As Theo begins to wind down (though it won’t be for long), Robyn re-appears dressed in all red, now cradled by the enormous hand and the music notes change to something not completely recognizable. Robyn starts “…they wrote a song about us, it’s called something like stardust” and “Because It’s In The Music” begins. Smoke fills the stage as Robyn serenades, sounding more angelic albeit powerful, live than on the record. Backed by a variety of instrumentalists, this clear change in tenor is a high point of the evening. It’s in this particular moment that for the first time in the evening, but certainly not the last, it’s incontestable that everyone present is part of something bigger.

The album Honey dropped on October 26th, 2018, via Konichiwa and Interscope. 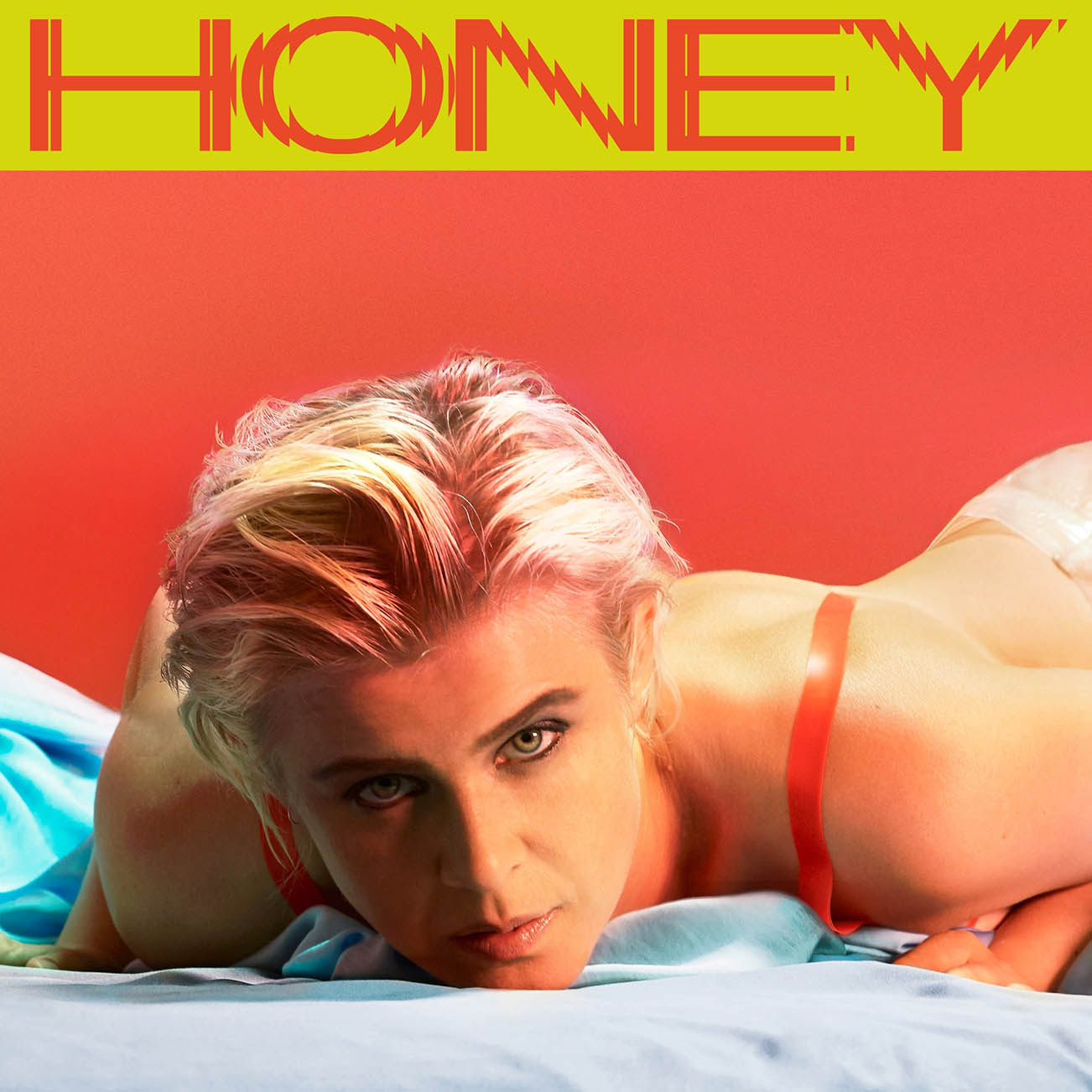 Continuing on, through many dance breaks wherein Robyn occupies the entirety of the stage with ease, within ample ‘80s-inspired DJ-style music references she moves into “Between the Lines”. Her dance moves, including getting down on her hands and knees to bop/crawl across the stage mirroring Theo, compliment the music seemingly effortlessly, making it plain to see that though this is but one night on an extensive tour, Robyn has fun on that stage. In what resembles an interlude is the song “Love is Free” from a side project a few years back. By this point the crowd has drank the kool-aid and is fully immersed, hanging on to every beat through the follow-up “Don’t Fucking Tell Me What to Do”. Robyn is never not moving, the crowd is never not smiling. No one is prepared for what was going to happen next.

Fifteen years ago, if you were to ask someone what their favourite Robyn song was, it’d be an easy bet to assume it was her 1995 R&B banger, “Show Me Love”. That song, however, has evidently been replaced. At the first hint of the oh-so-identifiable drop-tempo beats, the crowd erupted into a manic frenzy. It’s difficult to hear that the song has progressed among the screams – “…somebody said you got a new friend..”, Robyn starts. Everyone sings along as if it were their job.

Have you not heard this song? Dude, “Send To Robin Immediately”!

Suddenly, just at the tip of the chorus, the music stops, along with Robyn. She doesn’t motion for the crowd to continue or make any indication that the song will go on. She throws her head back, stands there enthralled by the enormity as every human in Pacific Coliseum voraciously belts out the chorus to perfection. Robyn sways to the sounds of the auditorium, mouthing the words, moving her body as a trained conductor. The moment, the second major high point of the night, ends with Robyn dancing by herself before launching into “…I’m just gunna dance all night”. And the music starts up again! For any Robyn devotee, lover of lyrics or fan of that one scene in HBO’s Girls season one, this was THE moment.

Completing a trifecta of songs, following “Dancing on My Own”, Robyn launches into her first single off of Honey, “Missing You”, one you could assume was years old based on its reception. Followed by “Call Your Girlfriend”, another fan favourite.

The evening begins to wind down with “Human Being”. It’s impossible not to reflect on the special night Robyn has created. She has managed to bring together a beguiling flamboyant, diverse crowd. She is never reluctant to display her passion, it’s palpable with every breath and every movement she makes. Robyn confidently embodies everything right in pop music.

Leaving the venue I overheard a burley, drunk man slur to his friends “I mean… dude… Robyn really like, like… set the standard… ya know… likeeee, man….” He’s not wrong.