Indianapolis, IN-based DIY quartet, Pickwick Commons have made massive strides in a short time, amassing fans, accolades and hype in the underground scene all thanks to their passion, dedication and work ethic. The dudes, whose new Weak Bones full-length drops this Friday, dabble equally in both hardcore and metalcore, have logged at least 175 performances over the last two years, and even had a stint on the final edition of Vans Warped Tour.

Now, with Weak Bones available to pre-order here we not only connected with guitarist Colin Fedorchak for a detailed track-by-track rundown of the band’s new studio recording, but we’re also offering an advance listen with our exclusive premiere!

Commenting on his overview, Fedorchak noted, “‘Weak Bones’ is a record that took quite a long time to complete. There were two attempts at making an EP with some of these songs before this record was fully realized, and we’d like to think that it was worth the wait to put these songs out. Every member added something to this record that could never have been replicated alone. The lyrics came from difficult places, places that are hard to talk about day to day with our friends and family. Having them on the record has been a terrific way to express ourselves. Putting out Weak Bones has felt like a marathon of effort that we could not be more proud of.”

01. “Dishonored”
– The first song on Weak Bones was written mostly by our vocalist, Adam Loellke. Before I was in the band, Adam was our guitar player, so he’s contributed to the writing process since. The first iteration was only up to the 1:22 mark of the track, but we decided to add more to it. I took the rhythm Adam had for the outro and made a B section to the song with it, and the last half wrote itself for the most part!

If you don’t watch this Pickwick Commons video we’ll make you “Suffer”.

02. “Leech”
– This song was an attempt to simplify my writing style. I had been trying very hard to write in complicated time signatures, with extended chords and even employing 12-tone techniques, but I needed to step back and try something different, as to give the album some diversity. The instruments in “Leech” were written at the same time that a lot of “Suffer” was written, though they have little in common. “Leech” is the only song on the record that doesn’t change time signature or tempo other than “Guilt.”

03. “Seasons”
– “Seasons” has been around in some capacity the longest of any song on Weak Bones. The opening riff taken from a very short song called “Orange Juice” that I wrote for one of my first bands. It was the first riff I wrote that used odd time signatures, even though I didn’t know I was writing it that way. The main part is in 5/4, with a blurb of 6/4 then to a back and forth between 5/4 and 4/4. Only the first 30 seconds of “Orange Juice” remains in “Seasons,” after that is a completely new song, and only one of two on this record that feature clean vocals. If you ask nicely, I might search my computer and give you a demo of the original “Orange Juice”.

04. “Wounded”
– “Wounded” was mainly written by our bass player, Wes Holland, but with a good amount of input from Brandon and myself. There was a different, more chaotic intro to it in the early draft, but it was replaced with a big riff that was the brain child of Brandon. To round out the song, I gave it a nasty, chugged breakdown at the end in 5/4 that quotes the intro riff of “Suffer,” which, not coincidentally, happens to be the next song. 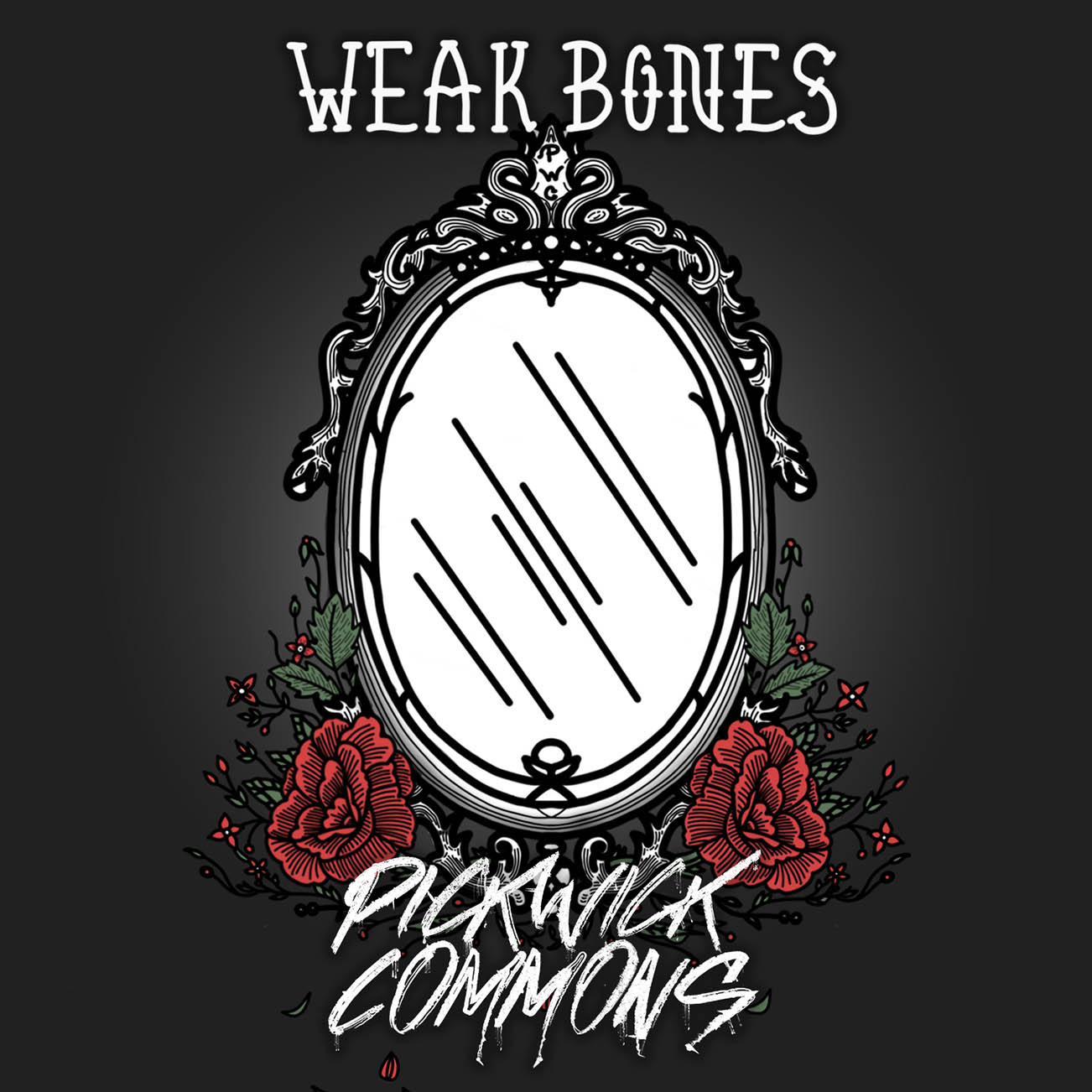 05. “Suffer”
– “Suffer” was written to be an improvement upon our single “Conjuncture,” which itself was an improvement on “Hypocrite.” While “Conjuncture” is, and most likely will be, one of my favorite PC songs, I wanted to take what I learned from writing it and apply it methodically. This song was an experiment for me. At the time of writing, I was at music school taking a music theory class focusing in atonal music. I took some writing techniques I gleaned from my professor, Dr. Jody Nagel, and applied them to “Suffer”. At the 1:00 mark, each pitched instrument is playing something different. The left guitar has a 3 notes, right guitar has 3 notes and the bass has 3 notes. This totaling to 9 out of the 12 notes in the chromatic scale being played more or less at once, causing an extremely chaotic sound.

06. “Hypocrite”
– Excluding the first 30 seconds of “Seasons,” “Hypocrite” is the oldest song on the record. This was the first song that I attempted to write for PC when I joined in college. I’m really into Converge, so I wanted to make something chaotic, jarring, and fun to play. I wrote this song with odd time signatures in mind. From its first days in demo form to now, there are probably almost 10 versions of this song, and because we attempted to put this on 2 releases before Weak Bones, PC feels confident that you’re getting the best one. Even if you ask nicely, I won’t send you demos of this one.

07. “Guilt”
– “Guilt” is a return to form. Both lyrically, and stylistically, it draws upon “16 Pounds” from our EP Short Lived. The band wanted to make a drum and bass song a tradition, so Wes brought a riff to Brandon, and they finished the song while recording the rewritten EP before Weak Bones.

Okay, you’ve been good and patient so we’ll reward you with an early stream of the band’s ENTIRE new EP!

08. “Conjuncture”
– This was an attempt to improve upon “Hypocrite”. The biggest difference that the two have is form. “Hypocrite” has no regular sections that are repeated besides one breakdown motif, whereas “Conjuncture” is globally set up in ABA’C. The second A section is the first performed in retrograde. The band agreed that we shouldn’t repeat the same riff again, but the feel of it was right for the song, so playing it backwards was a good solution, and it used a technique I picked up in music school. The album version slows down the final breakdown much more than the original version. Live we added a bass only outro, as it’s been our closer for a while now.

09. “Ghosts”
– “Ghosts” is a sporadic song regarding song structure. There are repeated parts in the song, but quite a few are just small places touched on once and then are gone. Of all the songs on Weak Bones, “Ghosts” is the most diverse. There are slams, two step riffs, a 2-part vocal harmony, and an extended clean outro with a bass solo. While it’s not my favorite song to play live, I believe that it showcases the true extent of what our band is capable of as musicians.

10. “Disgraced”
– Weak Bones begins and ends with songs written by Adam. Both songs have the lyrics “Dishonored. Disgraced.” in them, and they are great bookends for the record. The outro for this song was originally written for a song that we never put out called “Consumed.” It was recorded in two main versions for each of the unreleased EPs prior to Weak Bones, but the song was scrapped due to stylistic differences between it and the newer material being written, especially with the then recent addition of Wes as our bass player. However, Adam liked the outro enough to work it into a song which became “Disgraced”. This is the only song on Weak Bones to feature a piano to complement our normal vocals, guitar, drums and bass arrangement.

The guys have some dope tour action starting this Friday. Check out the dates and deets below. 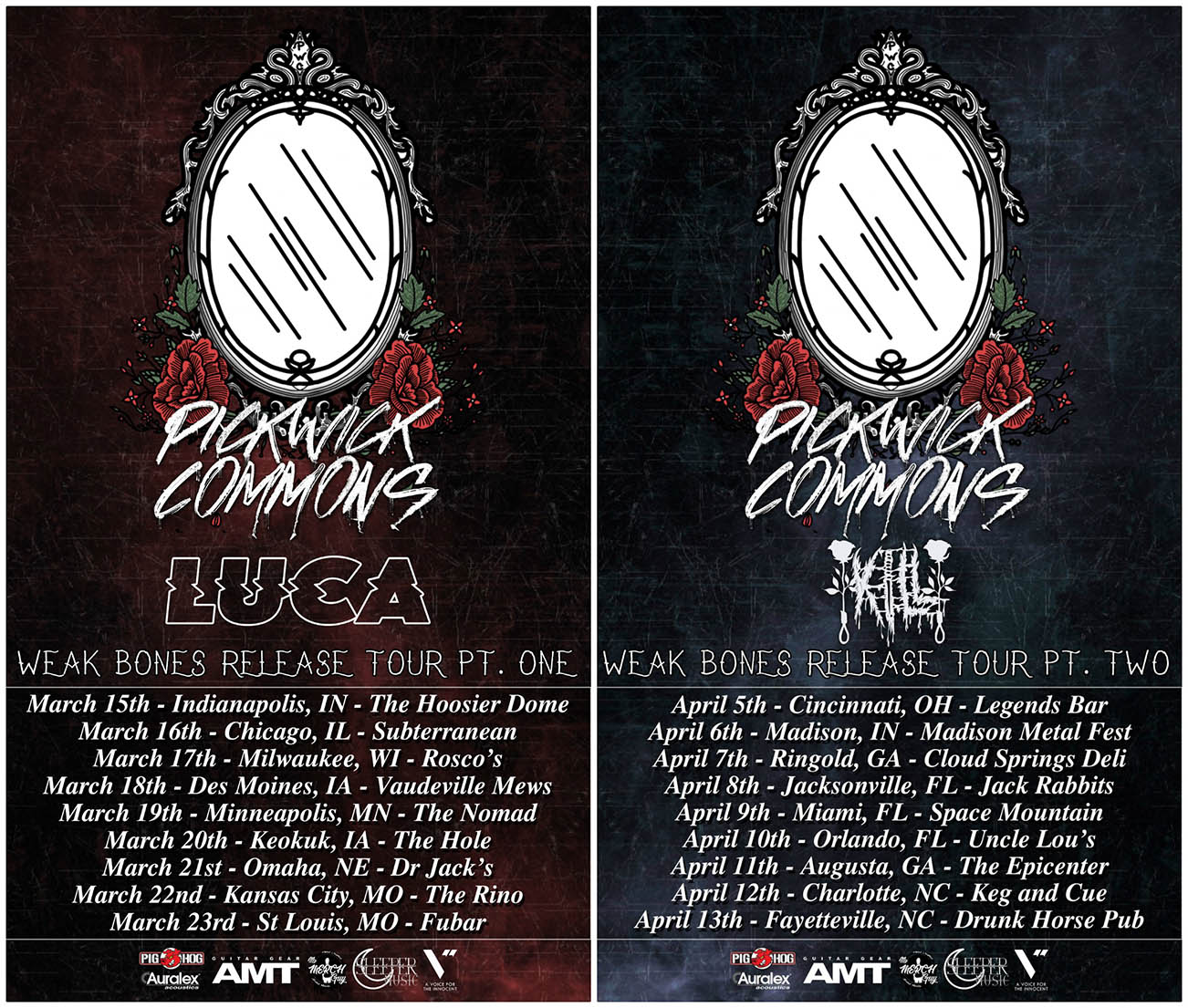