Series Overview:
– Welcome to the world of PENsive, from the mind and pen of Artist Damon Kardon. This is a weekly editorial cartoon satirizing the social ills of our time, especially what Damon finds most perplexing in the music/arts, social media, and political industries.

About the Sketch:
– I’m sorry (and I don’t mean to sound like a bitter old man) but music just sucks right now. It has for the past 20 years, maybe since 1999. Don’t get me wrong, I do not think every musician sucks right now. There are certain genres just crushing it. I think the most innovative and creative music at the moment is coming out of the rap and hip-hop genre. There are some bands in rock and metal that are very good and making some of their best music. I celebrate those musicians whenever I can in my PENsive and Red Run Art series.

However, rock and guitar-based music right now is in a catastrophic slump. Pop music is dominating the Billboard Top 100 but is at its most generic and uninspired. Country music has thrown one too many sausage parties and only the women can save it (if they will finally get the recognition they deserve). Dance music has copied/pasted itself into a bland oblivion. Yes, I think maybe since 1999.

Nothing encapsulates the “danger” of EDM in the ‘90s like the massive Prodigy hit “Firestarter” and its game-changing music video.

Hell, the ‘90s were the peak for all music genres; all at the same time. If you look at 1999’s Billboard Top 100, you had every genre being represented at peak, and by musicians at the top of their game. You had Red Hot Chili Peppers, Shania Twain, TLC, Pearl Jam, Whitney Houston, Busta Rhymes, Britney Spears, Jay-Z, George Strait all in the Top 100 and all representing a wide swath of music genres that existed at the time. Now that list is dominated by (generic) hip-hop and pop and, while I think there are some great artists and songs on that list, so many genres are just currently absent.

We lost another great talent and risk-taker in Keith Flint, the lead singer of The Prodigy, this month. It is hard to hear someone who demonstrated great confidence and courage through his music succumbed to his depression. Coping with depression and the various symptoms of this very common disorder is one of the toughest things in the world. My heart goes out to his family and friends and to the countless fans who have been dedicated to his music. I wanted to talk about his music and how much of an impact it made, especially in the mid-‘90s when the video for “Firestarter” debuted on MTV and Fat of the Land came out. Actually, what I want to talk about is how much electronic dance music has changed since the mid to late ‘90s to now. It has totally changed for the worse.

Check out the full-resolution version of the PENsive #19 sketch. 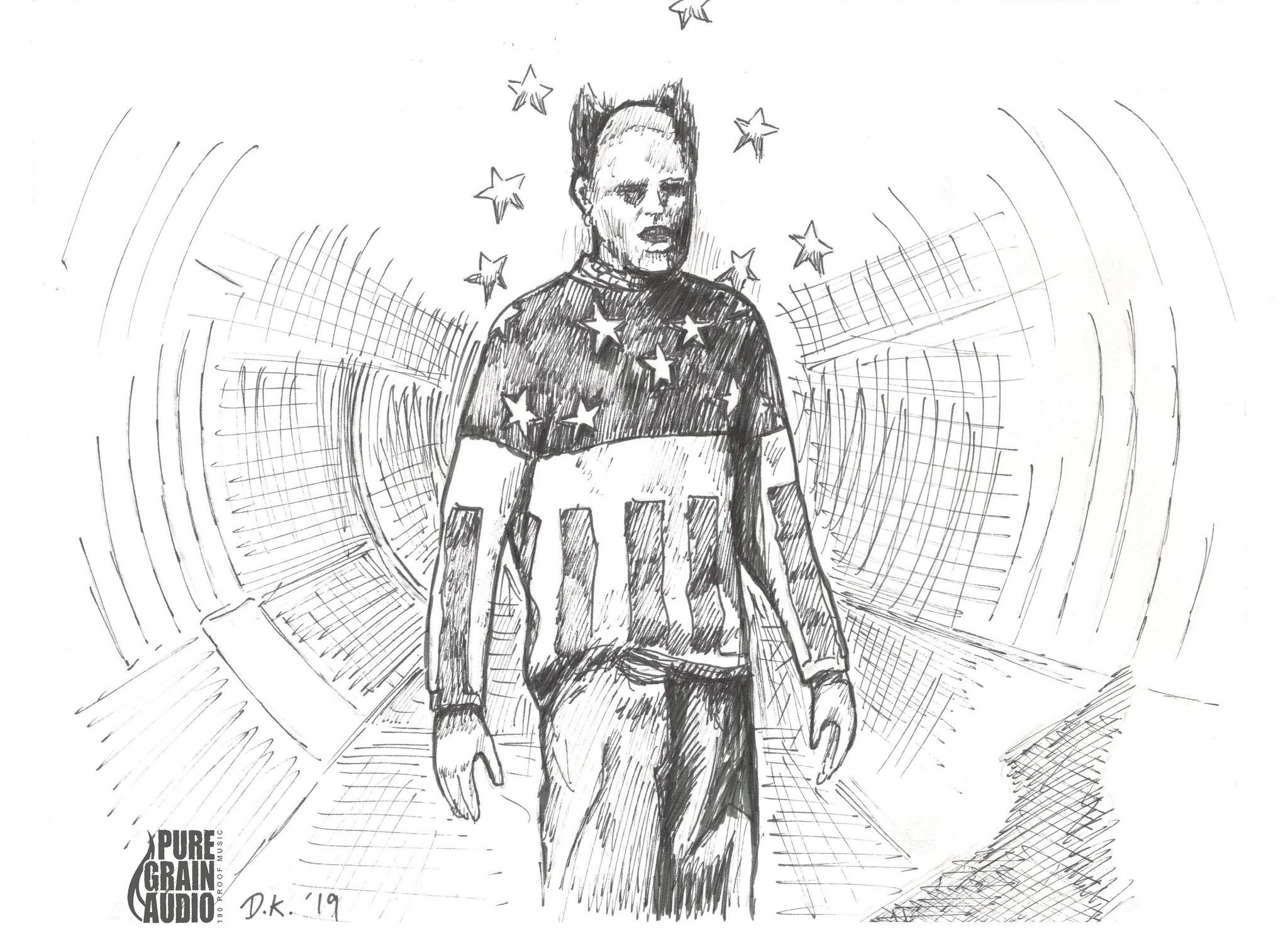 The Prodigy and electronic music bands that came before, like Massive Attack and Tricky, brought something to the music that made it dangerous, risky and addictive. I felt the spirit of punk rock and speed metal through dance music for the first time. It felt rebellious and like a big middle finger to the pop world, even as it became pervasive on the airwaves and on MTV. I remember when “Smack My Bitch Up” was banned from MTV and I never would’ve thought dance music would be banned. I was just used to gangster rap and the Parental Advisory Sticker on my Geto Boys CDs. I didn’t think dance music could be so “in your face” and “offensive.”

I always respected the boundary-pushing music of The Prodigy even as my attention meandered to others like Chemical Brothers (I never cared for Fatboy Slim). As electronic dance music moved along and became bigger and moved from the festival tents to center stage, it lost its “piss and vinegar” along the way. DJ culture and the attempt to make concerts more of an audience interactive experience where there has to be a “drop;” it made it into mainstream mucky-muck. Now you have a dance song like “The Middle” by Zedd and Maren Morris that premieres in a Target store commercial. My kids can sing it word for word from their car seats as I take them to kindergarten.

Keith Flint and The Prodigy brought something to dance music that I think needs to be bought back to all music. We need danger and controversy, excitement and originality. Art can be imitation, but in most music genres right now, I think we imitated ourselves into a bland new world.

Yet another massive, must-hear Prodigy hit, this is “Breathe”!