It’s back! Yes, that’s correct, Western Canada’s Armstrong Metal Fest is returning for yet another year, making this the eleventh go around now for the annual “mountain moshpit.” The festival will be taking place on July 12th and 13th at the Hassen Arena in Armstrong, British Columbia for a two-day gathering of metalheads in the Okanagan Valley like no other.

This year’s festival will be headlined by Origin who will be topping off the festival with their tight, technical death metal with bits of grindcore and groove thrown in. Nekrogoblikon will also be appearing along with over thirty other bands, many of them well-known to any metalhead such as Betraying The Martyrs, Wake and Entheos. Other markee names include Wacken Metal Battle Canada 2018 champions Centuries of Decay and Slovenia’s Within Destruction.

Commenting on this year’s edition of the festival, Bretton Melanson, President of West Metal Entertainment, and co-founder of the festival said, “I’m super excited about our line-up this year, we’ve got some of my drumming heroes in Origin and Entheos, the super fun Nekrogoblikon, our first opportunity to have some bands from overseas in Betraying The Martyrs and Within Destruction, a few of our brothers from the states, and so many killer bands from around Western Canada. Our original dream of bringing the European metalfest feel to Canada is really taking shape, and I’m so grateful to still be a part of this.”

All tickets provide general admission and grant access to the festival grounds, thrash wrestling, camping area and arena from 11:00 AM PST on Friday, July 12, 2019, until 12:00 PM PST on Sunday, July 13, 2019. Free camping is included. The at the door price will be $175 CAD. Tickets purchased in advance are only $135 CAD. For more information and to purchase tickets, please visit: armstrongmetalfest.ca/tickets. 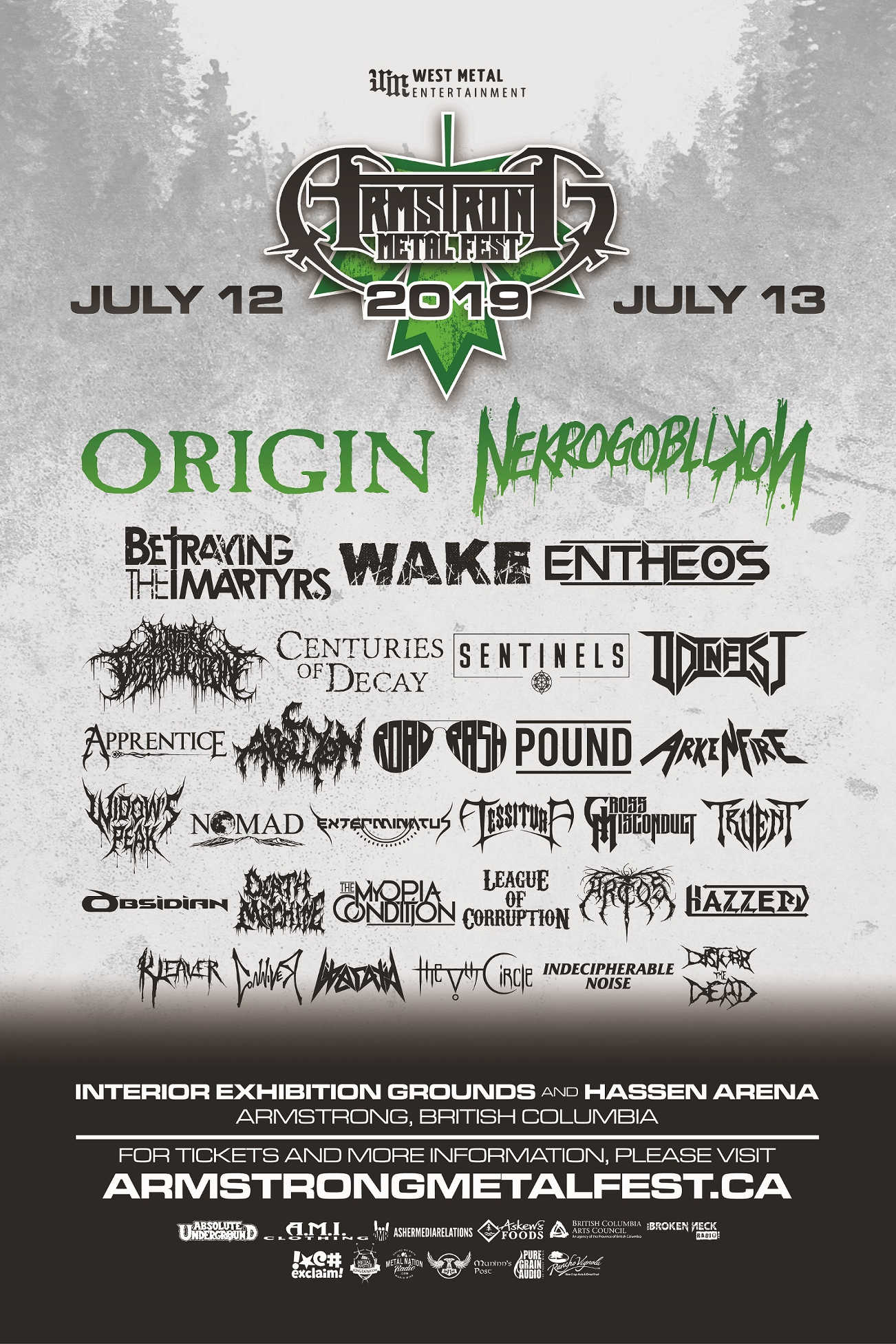