This contest is now closed. Congrats to our winner: Vinton Currie!

We have a very special giveaway for you today! Mortiis recently announced his return to North America on an upcoming tour and, for said terrific trek, we are offering you a chance to win two (2) tickets to the Toronto date on April 1st at the Velvet Underground. This is a pretty exclusive run of shows, with only ten dates announced in total and Toronto being one of only two Canadian stops. Things kick off in Baltimore on March 28th and finish up on April 7th in Los Angeles. This contest will only be running for a limited time and April 1st is not that far away, so don’t delay and enter today!

Mortiis recently released his latest music video for “Visions of an Ancient Future,” (see below) the first single off of his upcoming new record Spirit of Rebellion. Mortiis originally recorded the song a very long time ago for his now, out of print 1994 solo record Ånden som Gjorde Opprør. This isn’t just a song he dusted off and repackaged as new though. Mortiis has re-recorded and reinterpreted the song, making it current and appropriate for the 21st century. The Spirit of Rebelliion album itself will act as a reimagining of Ånden som Gjorde Opprør with greater dynamics and creativity now with Mortiis having so much more experience and skill as a musician than he did 25 years ago. Check out the official webstore here. 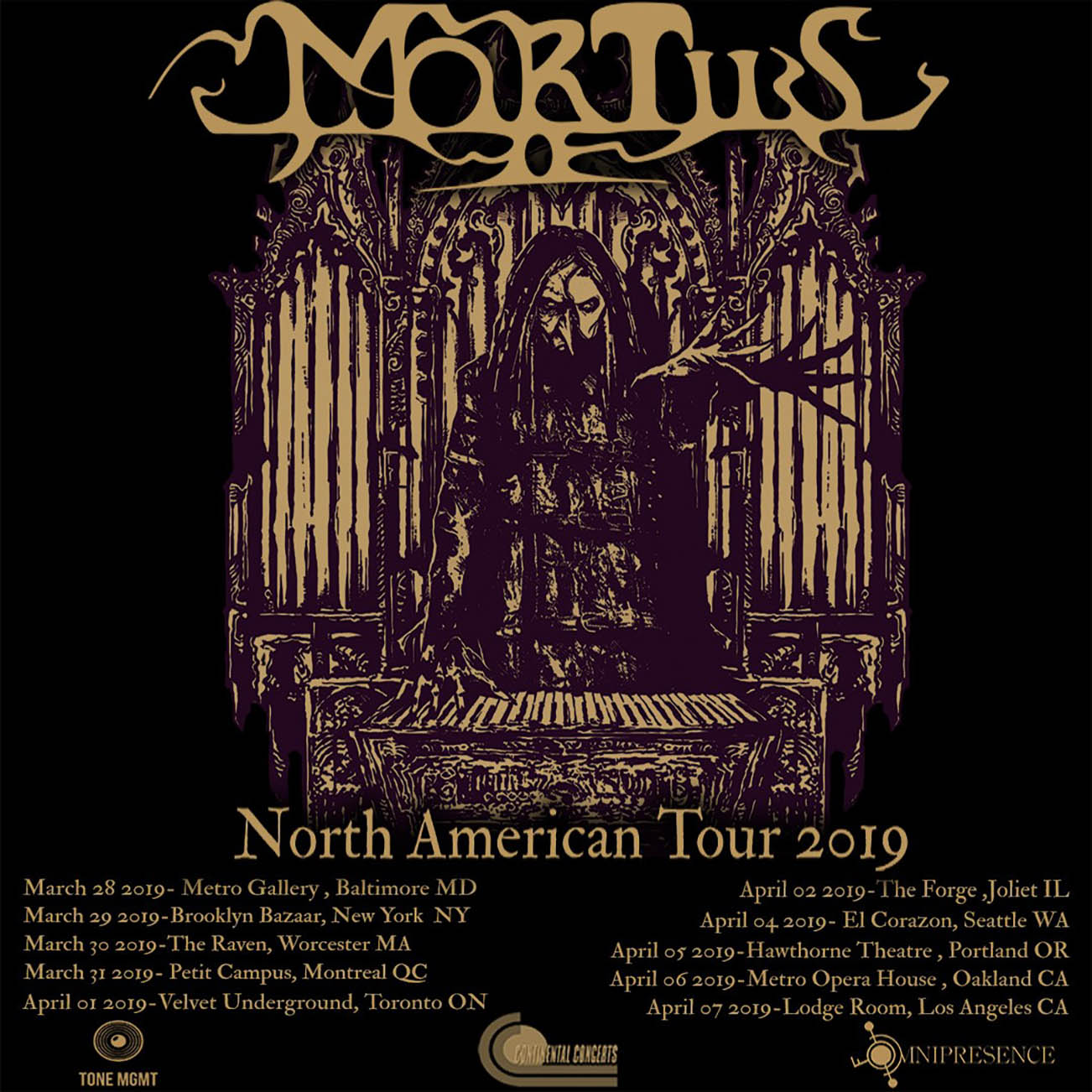 PRIZING:
ONE (1) lucky winner will receive two (2) tickets to the Toronto date of Mortiis’ upcoming North American tour on April 1st at the Velvet Underground.

Check out the recently released music video for “Visions of an Ancient Future”.