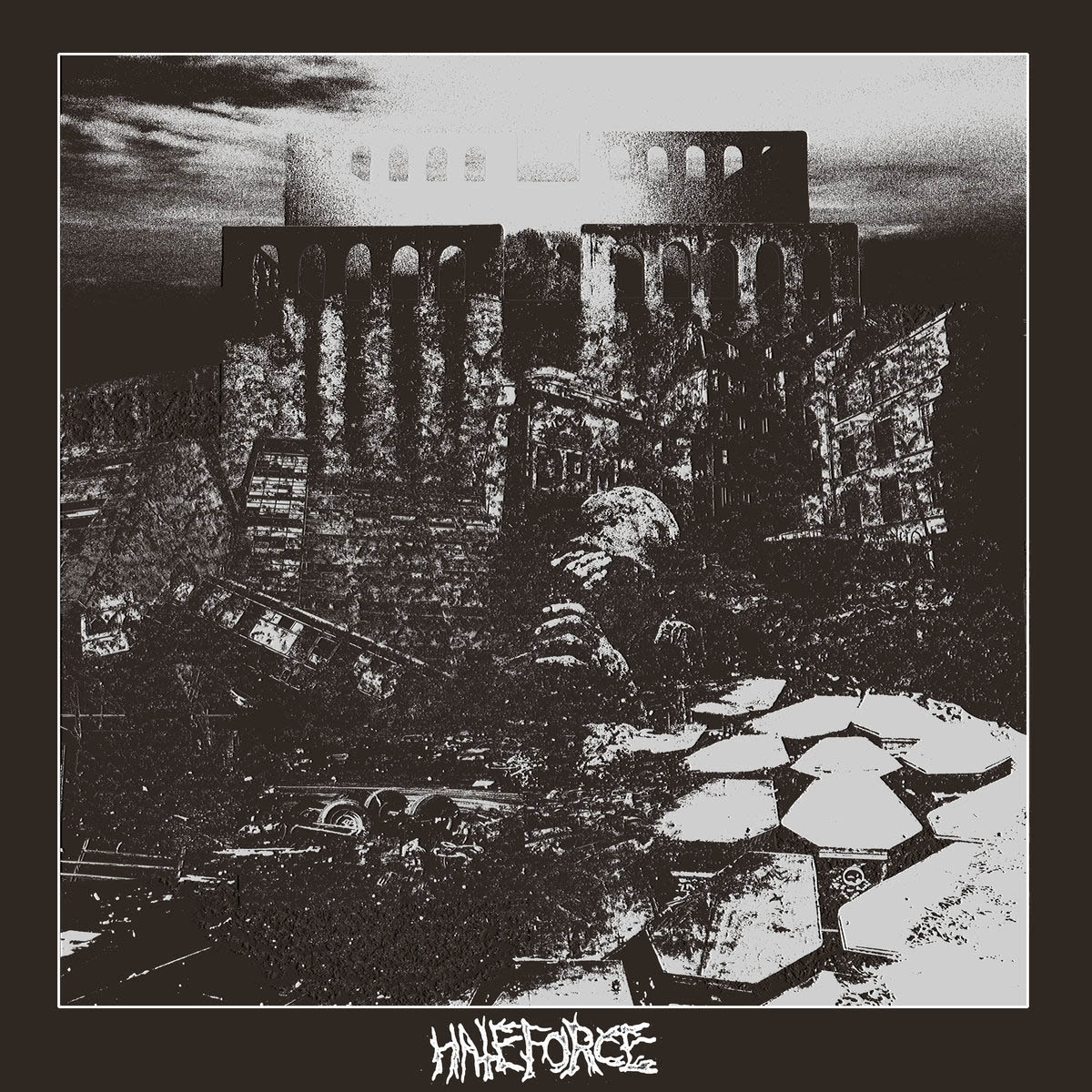 Going in blind into something called Hate Force may or may not be the best tactic to pursue: on the plus side, you can walk out with a fresh, unbiased opinion on what you’ve just heard – but on the other hand, you may not walk out at all. Straight out, Hate Force deliver a slow, heavy miasma of uncompromising aural punishment. Bar the tiny breath of ambient sampling that closes “MOAB” (and the album), the entire record is a no-holds-barred low-end assault. Having narrowly survived this course of action, I can lick my wounds while still feeling the cathartic release extreme metal brings – as the BBC recently noted in this report that focuses heavily on Sweden’s Bloodbath.

The mood on Hate Force is predominantly confrontational and aggressive, appropriately enough given the band and album name, and even shifts in pace and tone don’t dispel this overwhelming malevolence. “Coward”, by way of example, spits venom over fast, muted riffing and an unhurried, confident rhythm section – a great summary of the antagonistic attitude that characterises the album. Similarly, “War Machine” sports some of the fastest passages on the disc, but these still come in second as the track downshifts back to slow, crushing verses and even half-speed breakdowns. These extreme fluctuations suit the group’s presence well – a similar approach is used on “MOAB” with leaps between high-end treble riffs and the dominant chugging and call to mind the ebb and flow of a well-choreographed fight scene, rather than the random swinging of a bar brawl.

While the overall impression is fairly run-of-the-mill mid-tempo death metal, there are both enough groove and hardcore elements to satisfy these camps, too; and the thick, syrupy bass presence also calls to mind the likes of Rättenfänger, thereby creating a window of appeal among the blackened death/crust segment as well.

Kicking off with the single “Stolen Valor”, stream the full album here!

One Bandcamp user on the Hate Force page perfectly distills the essential nature of the band’s sound as “big dumb caveman riffs,” itself a slightly different take on their own description as “dystopian death metal,” but both are equally apt: 38 minutes of Hate Force is a harrowing experience that simultaneously leaves you feeling like your world has ended a little – and inspired to go out and club a mammoth to death for dinner.