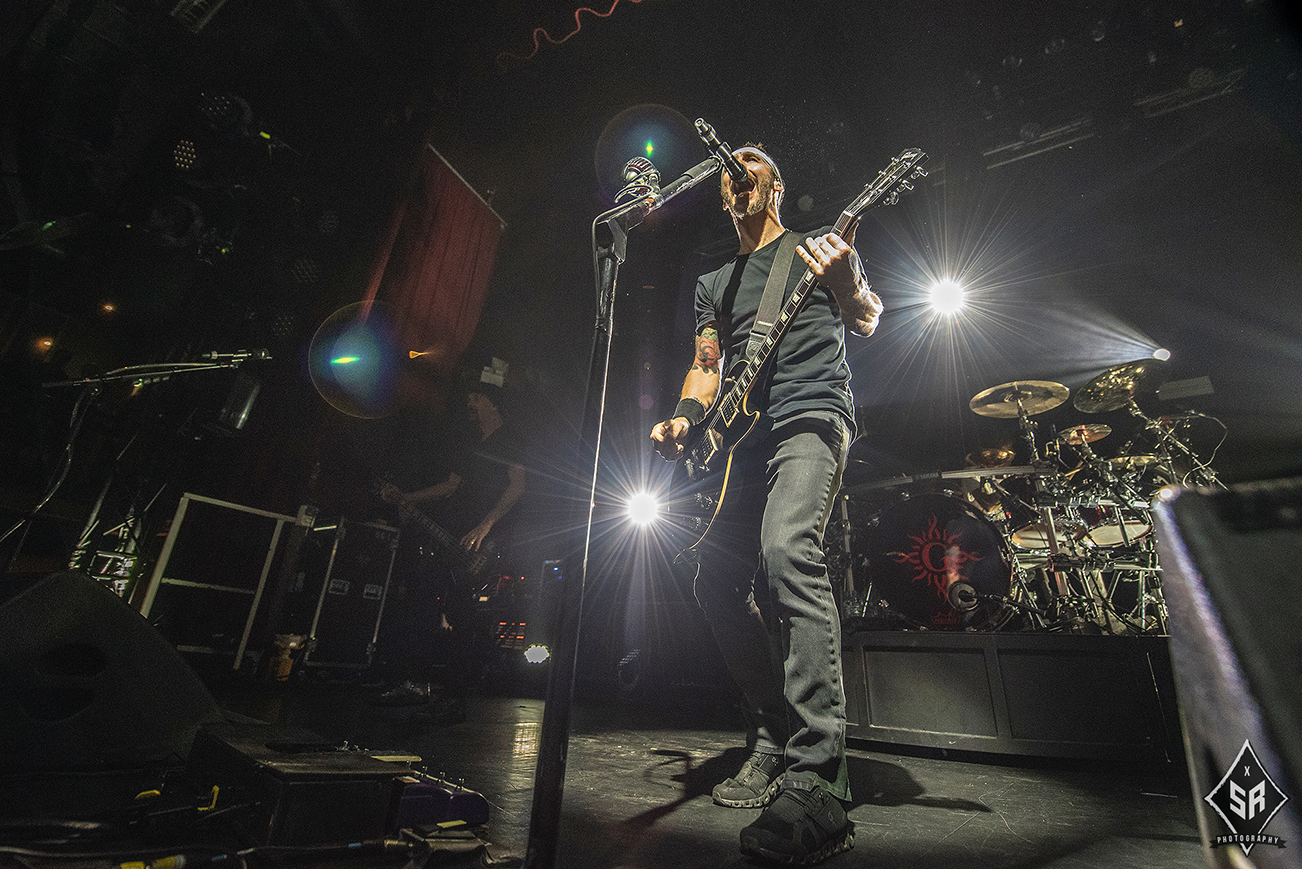 Alt-metal, nu-metal, call it what you will because, whether or not you think that boat sailed many years ago, there are bands like Godsmack who are still not only banging out some solid releases but also still pulling in the crowd. Sure, the venues these ’90s greats are playing might not be to the level they were once at but there won’t have been one fan who left the O2 Ritz in Manchester having enjoyed a gloriously nostalgic night of headbanging, fist-pumping alt-rock.

With little time to mess about, New Zealands Like A Storm whip up this crowd ready for the main act. Full of energy and clearly enjoying their time onstage, the short set sees the band rattle through tracks like “Pure Evil” and “Love The Way You Hate Me” and serve as the perfect appetiser for the long-awaited return of Sully Erna and his grunge rock brothers.

Supporting 2018’s When Legends Rise album, the grunge rockers open with the title track and Manchester goes off! The controversial “Cryin’ Like A Bitch” has heads banging and fists pumping as the band plunder their impressive back catalogue for some of their choice cuts. The crowd lap up every minute of “Straight Out Of Line”, “Something Different” and the band’s familiar interpretation of “Come Together”, as Erna and his bandmates whip them up into a sweaty frenzy before bringing down the tempo for a thoroughly heartwrenching rendition of “Under Your Scars”. The night ends with a rousing rendition of hit single “I Stand Alone” and Godsmack leve the stage showing that, while it might not be the ’90s anymore, the alt-rock greats from that generation are far from being nothing more than a distant memory.