Welcome to Extreme Closeup, the first of hopefully a long line of cool articles where PureGrainAudio meets up with a band or artist and takes them off the bus, or out the venue, into the great wild yonder for some extended fun and frivolity before heading to their show. First on the block is Albany, New York’s own Young Culture who hit Toronto, Ontario on February 9th for a show at Sneaky Dee’s. This energetic pop/punk four-piece is an upcoming songwriting force and, along with their powerhouse live show, were a perfect fit for our new venture.

Hitting up their publicists with our offer, they came back with a solid “absolutely we want to be part of that!” Every music blog/publication offers interviews, live show reviews, and photos. This was going to offer a glimpse of something a little different with the band. And, as the fourth largest metropolitan center in North America, the 6ix has got something for anyone to immerse themselves in. On tour it’s van, venue, play, van, venue, play and repeat as necessary. Might as well mix things up, right?

As I approached the non-descript 15-passenger van parked across College Street from Sneaky Dee’s, I wasn’t sure what I’d find. The doors popped open and tour manager Joe Day, the band, and their touring photographer Danny DeRusso jumped out all smiles and handshakes, and eager to get moving with the afternoon!

We had nowhere near “21 Days” with Young Culture, but there’s always next time.

First order of business was getting fuelled up at Smoke’s Poutinerie. The guys wanted to walk, so off we went to the corner of College and Spadina Avenue for some of the best Canadian hangover-fighting food in the biz. Guitarists Gabe Pietrafesa and Troy Burchett, along with drummer Nick Cavin and frontman Alex Magnan were on a short Eastern Canadian tour in support of their just-dropped EP, (This Is) Heaven (find various streaming/purchase options here). The band had just played Montreal and Ottawa the previous two nights, with Toronto’s Sneaky Dee’s their next target.

As we strolled down Spadina’s iconic Chinatown area, we stopped for some photo ops including a couple under the newly rejuvenated neon palm tree sign at the soon-to-be-reopened El Mocambo, where the hallowed halls once housed U2, The Rolling Stones, The Ramones and countless other “up-and-comers” in the ‘70s and ‘80s.

Alex soon spotted the logo for the Toronto location of streetwear giant Stüssy and disappeared inside immediately. For some reason, the store management didn’t take kindly to our documenting the band and shut us down with all the bravado of an A-List celebrity security detail. So, the next stop was just down the street at Toronto’s two-floor record superstore, Sonic Boom for some browsing of the racks.

The five-track (This is) Heaven EP was released on January 18th, 2019, via Equal Vision Records. 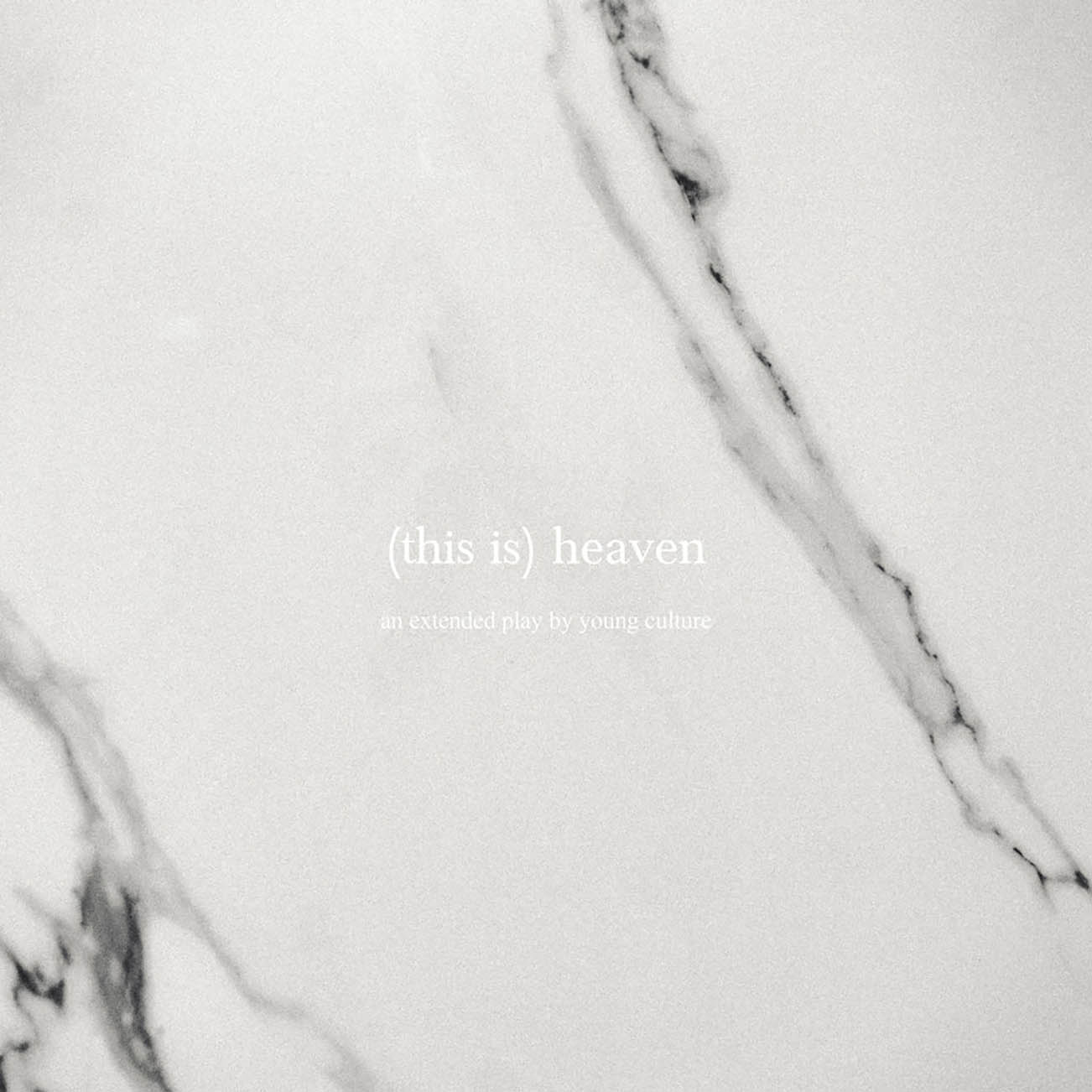 If it’s on vinyl now or was ever on vinyl, you can most likely find it there. Whether it was Nick flicking through the Taylor Swift section (“oh they’ve got Fearless), Alex and Gabe mentioning that Fall Out Boy was a big influence on them, discussions about Weezer, Iggy and the Stooges, and getting a photo with the giant grizzly bear mascot guarding the corner of the basement space, we had a blast and moved on down the street.

The legal drinking age in New York State is 21. As luck would have it for our band today, in Ontario it’s 19, so next up we went around the corner to another bar that has a rich history of its own. The legendary Horseshoe Tavern. In business as a tavern since the 1940s, the front has an old-timey long bar with a single pool table and cocktail seating along the opposite wall. But at the “Shoe,” it’s the back room where the real magic happens. The Tragically Hip wrote about its checkerboard floors, The Rolling Stones opened their 1997 “Bridges to Babylon Tour” here, and groups of all shapes and sizes try to make it to this Toronto mainstay. If the walls of the room could speak, they would have some crazy stories to tell.

The back room was closed when we arrived in the afternoon, but after a round of beers were purchased the bartender allowed us back to grab some photos and chat with the band on the small stage that has seen its share of music royalty. As we were packing up to leave, we grabbed a shot of the guys framed with that checkerboard floor on display. Black and white seemed to be the best presentation for that image. As well as one of them leaning against the back room bar under the piercing stare of Elvis Presley coming from a poster behind them.

You’ve been patient. Thanks for that! Here’s our exclusive gallery that Darren Eagles compiled while documenting his time with the band.

One more stop left on our journey through Toronto was Graffiti Alley. The three city block taggers paradise is in the alley on the back side of the buildings along Queen Street, west of Spadina Avenue where every square inch of solid real estate is adorned with as many genres of graffiti as you can think of. Of course, Stüssy was front and center for one of our shots and we tucked into fully immersed enclosed doorways, up a metal fire escape and ended up at a giant Toronto mural for some more shots.

We were having a great time interacting with the city, but time was ticking and load-in was imminent. So we hailed a couple of cabs and spirited back to the venue so the guys could get to work. All the way back in my head I’m thinking “damn, we walked a hell of a long way. Hope the dudes didn’t mind.” The guys were all smiles even though the temperature was definitely chilly and I thanked them for allowing us to show them around our stomping grounds.

Touring is hard enough and every band that partakes can attest to the rigors of the road. The resolve needed to keep up the pace is enormous. To make matters more interesting this evening, the other enormous hurdle was the steep staircase up to the second floor live room at Sneaky Dee’s. They, along with their touring mates, Kitchener’s Romancer, and three other local support bands manhandled boatloads of gear up those punishing steps in order to dish out the goods for the fans that night.

What was our day with Young Culture like? Here’s a 30-second video recap.

I caught Romancer’s set and was thoroughly impressed by their ability to offer up light and airy guitars over a pleading vocal style followed immediately by a barrage of punishing drum and bass work alongside the now crunchy Mr. Hyde version of the guitar spectrum. All this while contorting their bodies into impossible positions at breakneck speed without missing a beat. It was a great set.

It was an early curfew show and Young Culture’s 9:30 headlining time slot had arrived. The guys took the stage and blasted through their 30-minute set with the energy of a band that sees stardom within their immediate reach. Notables from the setlist were their two new singles “21 Days” and “Drift.” Alex has a vocal storytelling delivery style that feeds off a Sum 41ish vibe and offers a listenability that gets in your head immediately. And stays there!

The crowd was whipped into a frenzy with a few stage divers taking flight. If you’ve been in Sneaks before, you know that the stage is definitely compact in size but that didn’t stop the crowd from rushing to the front as Alex came down to give them the personal touch. There’s nothing that says “kick-ass rock show” like images of legs in the air above the fans. And just as fast as it started, it was over. The set was definitely too short for the quality material they were putting out. Hopefully longer sets are in the cards more sooner than later.

The band just announced a 21-city Spring U.S. tour starting on April 18th in Rochester, New York that will take them along the east coast and as far west as Minnesota as support for Oakville, Ontario’s punk band Seaway. Young Culture’s new EP (This Is) Heaven, as well as their two previous releases, are available on all streaming platforms now.

Young Culture are so rad they’re going to just naturally “Drift” into your playlists.