Three-piece thrash metal group, Black Mass dropped their latest record on February 15th, 2019, and it’s a mighty beast of an offering. Loaded with ten tracks of pure neck-snapping wallop, this old-school-worshipping affair was issued on CD via Iron Shield Records and cassette by Time Worn Records, which may be purchased via Bandcamp right here. Today, thanks to the power of the internet, email and an enter key, we’re pleased to offer a free high-quality MP3 download of the bone-shaking single “Graveyard Rock”. Get your best skeleton grin on!

Formed in 2012, this power trio focuses their sound on ‘80s thrash like Slayer and Razor, old school death metal (think Death and Morbid Angel), Scandivanian black metal such as Darkthrone and Aura Noir and, finally, overcharged rock (Motörhead, Inepsy). They released their first EP, The Second Coming, a year after forming which even had them heading to Europe for a ten-date tour. After much more touring through the Northeastern U.S., Black Mass buckled down on their debut full-length Ancient Scriptures in October 2015.

In May 2017, Black Mass dropped a two-track demo, recorded at Converse Rubber Tracks Studio which previewed two songs off the new album which they were working on. Tracking for the record was completed in April, 2018 at Mystic Valley Studio and the results turned into what you’ll hear today on Warlust. Commenting on “Graveyard Rock,” one of the standout tracks on the release, the guys stated, “‘Graveyard Rock’ was written as a more laid back track on the album in the crust & roll vein of later Darkthrone and Midnight. We like to think there’s a good mix of material on ‘Warlust’ and this is a chance to show we’re not just full of breakneck speed tempos from start to finish.”

Check out the band’s music video for “Programmable Life Forms.” 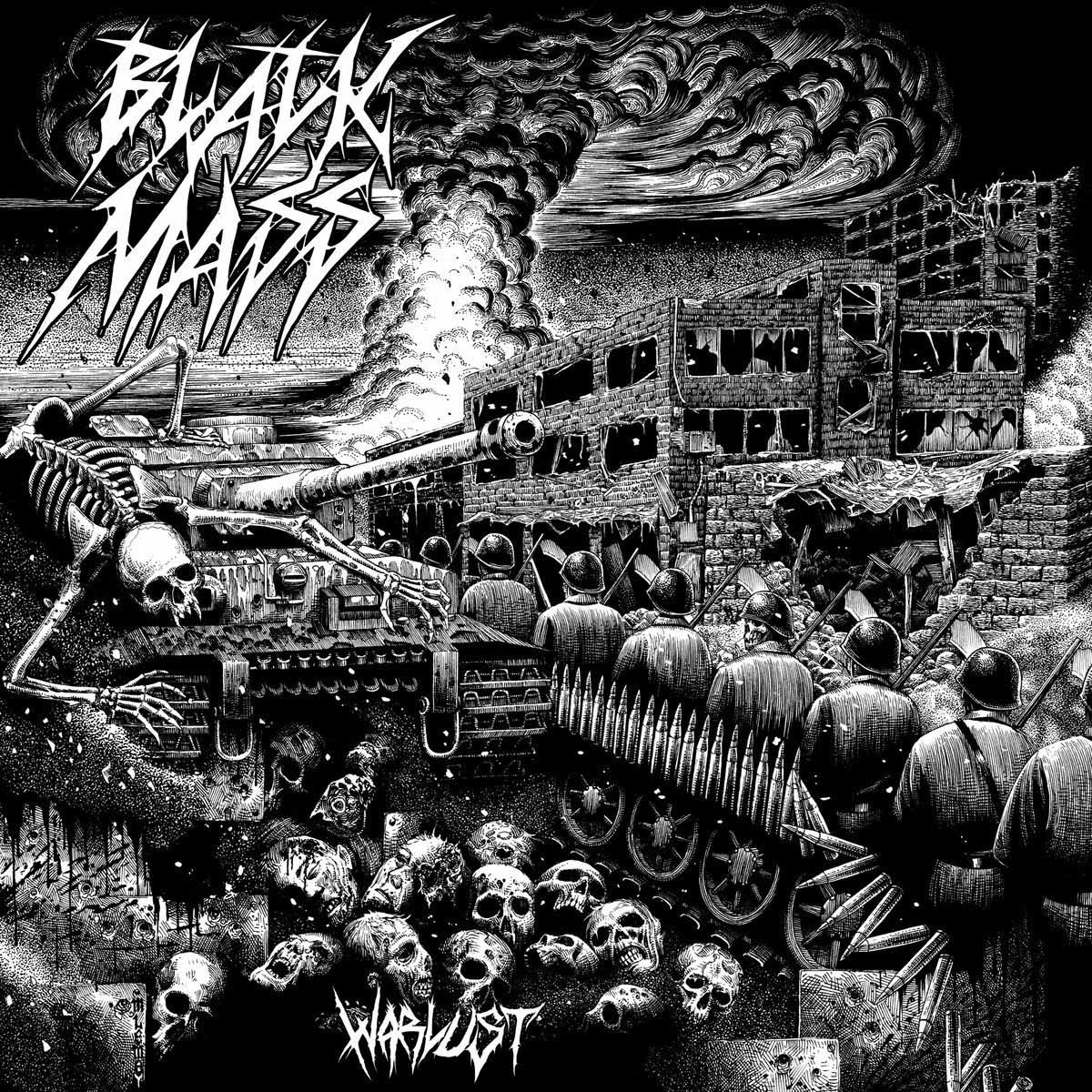