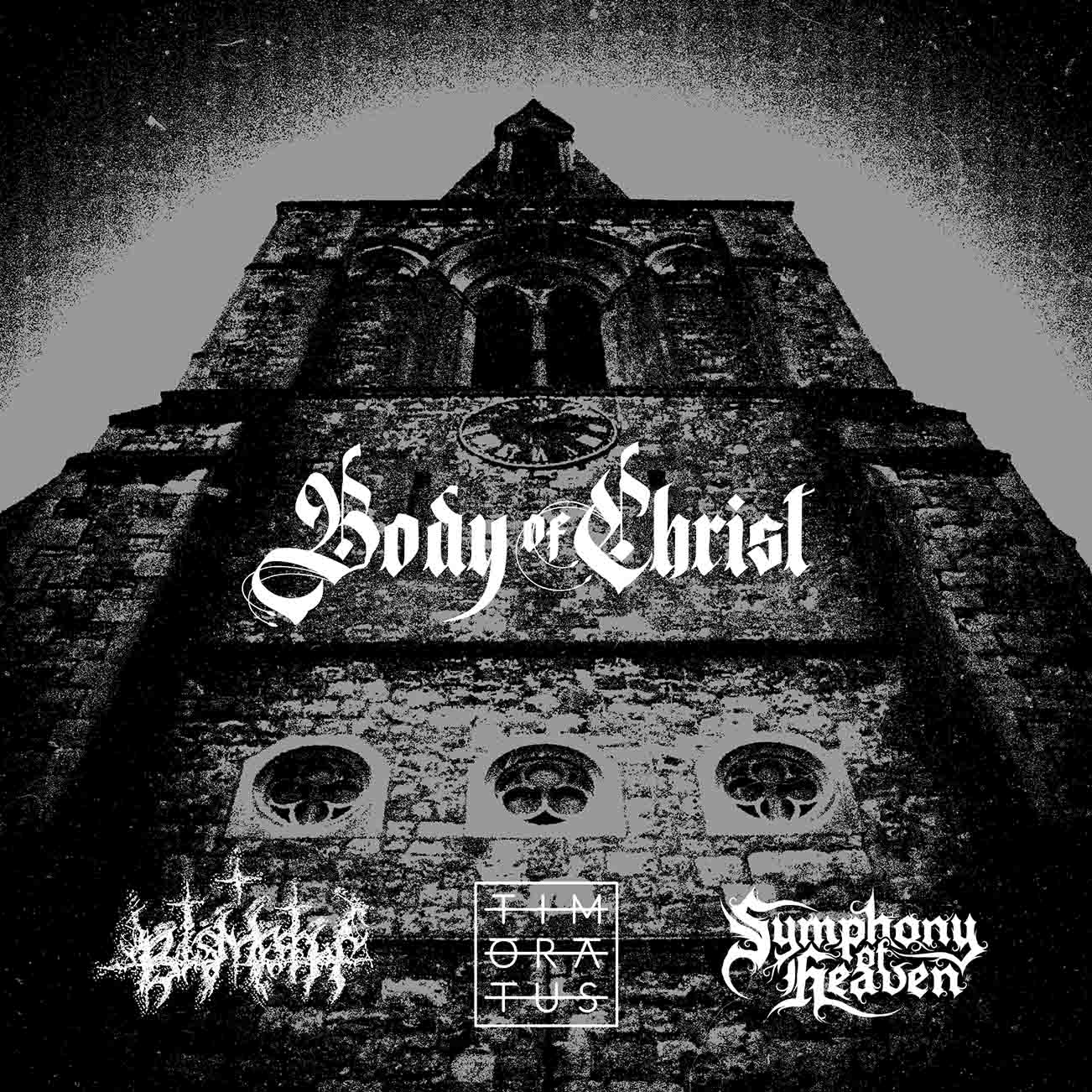 TIMŌRĀTUS waste absolutely no time revving the engine and driving full-force into the first of two offerings they contribute to this extreme metal split. They are the heaviest, most extreme of the of the three acts on this EP and, for me, they are a bit too much. This is serious, old school, blast-beat, screeching, black metal that feels like a foray into madness. Fans of this extreme style of music will love it, but for me, two songs was about all I could take. Thank goodness, this is a split and I had other bands to look forward to hearing.

Next up is Symphony of Heaven with “Death to Denomination”. This song, while extreme in nature, is nowhere near as chaotic as the TIMŌRĀTUS tracks. The harsh vocals layered over a heavy, well-produced track manages to maintain a decent groove that sucks you in for the duration. The band’s second offering, “For Glory,” is as good as “Death to Denomination” but has an over-one-minute long intro that kind of kills the momentum.

Bismoth rounds out the split with an epic nine-minute atmospheric, melancholic tune that runs the gamut of musical styles from ethereal, almost classical music to harsh, guttural vocals. This song encompasses all of it while taking the listener on an emotional journey. Currently, it is a monumental feat to keep a listener’s attention span for more than twenty seconds, let alone nine minutes, but Bismoth do it and they do it well. The band’s second offering, “In Christ Together”, kind of surprised me in a good way. It begins with a great, fuzzy stoner riff that is nowhere near as fast paced as the rest of the record, and it really showcases their ability to write in all realms of the extreme metal genre.

Overall, the Body Of Christ three-way split is a solid offering and one that folks who like their metal loud, angry and at times blackened should check out. You can find it online at Bandcamp, among other spots.

Here’s the primo track from Symphony of Heaven: “Death to Denomination”.